When I first read the Book of Job, I saw: “And the LORD said to Satan, Have you considered my servant Job, that there is none like him in the earth, a perfect and an upright man, one that fears God, and eschews evil? Then Satan answered the LORD, and said, Does Job fear God for nothing? Have not you made an hedge about him, and about his house, and about all that he has on every side? you have blessed the work of his hands, and his substance is increased in the land. But put forth your hand now, and touch all that he has, and he will curse you to your face. And the LORD said to Satan, Behold, all that he has is in your power; only on himself put not forth your hand. So Satan went forth from the presence of the LORD” (Job 1:8–12). After that, Satan began to attack Job and made him lose possessions and children, and Job himself was seriously ill too. When faced with such a major trail, Job never misunderstood Jehovah God or complained about Him. Instead, he still held the integrity to Him and praised Him: “And said, Naked came I out of my mother’s womb, and naked shall I return thither: the LORD gave, and the LORD has taken away; blessed be the name of the LORD” (Job 1:21). Job’s testimony caused Satan to be shamed and retreat. Then, God’s blessing came upon Job: He died, being old and full of days. Job set an exemplar and acted as a model for later generations. Thus, I truly admired him. Aside from admiring him, I had a question in my heart: Job was a perfect man in the eyes of God, but why did He permit Satan to attack Job so cruelly when Satan tempted him? Although I studied scriptures of this aspect in the Bible many times, I never found the answer. And I could not help but become somewhat worried and fearful. I felt my stature was so small that I couldn’t withstand such trail Job experienced.

After reading God’s words, I felt as if a big stone had been moved away from my heart. My puzzle was finally solved. It turned out: Before God, Job was perfect and upright and he feared God and shunned evil. However, Satan accused him in every possible way. God knew well that Job could withstand Satan’s temptations and stand witness for Him, so He permitted Satan to tempt him in order to bring complete shame and defeat upon Satan, make Satan never again accuse him in the future and completely let him go. The reason why God handed Job over to Satan and subjected him to Satan’s temptations and attacks was because He wanted to utterly rid him of the accusations and attacks of Satan and make him truly be saved and become free. Moreover, it testified to that although human beings created by God are corrupted by Satan in every possible way, they are entirely able to fear God, shun evil, stand firm in testimony, and satisfy God through faith in, fear of and obedience to God when Satan tempted and attacked them.

Even though Job was perfect, Satan used to accuse him before God. The people of the last days have been deeply corrupted by Satan, and have no obedience to and fear of God like Job at all. If they want to be saved by God like Job, they must go through God’s work of judgment in the last days, trials and refinements, so that they can be purified and perfected. Only in this way can they separate themselves from their corruptions and sins and be purified and changed and saved by God. Almighty God says, “No one apart from Him can know all of our thoughts, or have such a grasp of our nature and substance, or judge the rebelliousness and corruption of mankind, or speak to us and work among us like this on behalf of the God of heaven. No one except for Him can possess the authority, wisdom, and dignity of God; the disposition of God and what He has and is are issued forth, in their entirety, from Him. … No one apart from Him can save us from Satan’s bondage and our corrupt disposition. He represents God, and expresses the heart’s voice of God, the exhortations of God, and the words of judgment of God toward all mankind” (“Beholding the Appearance of God in His Judgment and Chastisement” in The Word Appears in the Flesh).

“In other words, regardless of what God does or the means by which He does it, regardless of the cost, or His objective, the purpose of His actions does not change. His purpose is to work into man God’s words, God’s requirements, and God’s will for man; in other words, it is to work into man all that God believes to be positive in accordance with His steps, enabling man to understand God’s heart and comprehend God’s substance, and allowing him to obey God’s sovereignty and arrangements, and thus allowing man to attain the fear of God and shunning of evil—all of which is one aspect of God’s purpose in all He does. The other aspect is that, because Satan is the foil and serving object in God’s work, man is often given to Satan; this is the means God uses to allow people to see the wickedness, ugliness, and contemptibility of Satan amid Satan’s temptations and attacks, thus causing people to hate Satan and be able to know and recognize that which is negative. This process allows them to gradually free themselves from Satan’s control, and from Satan’s accusations, interference, and attacks—until, thanks to God’s words, their knowledge and obedience of God, and their faith in God and fear of Him, they triumph over the attacks of Satan, and triumph over the accusations of Satan; only then will they have been completely delivered from the domain of Satan. … If they wish to be saved, and wish to be completely gained by God, then all those who follow God must face temptations and attacks both great and small from Satan. Those who emerge from these temptations and attacks and are able to fully defeat Satan are those who have been saved by God. … Such people are not bound, spied upon, accused, or abused by Satan, they are completely free, they have been completely liberated and released. Job was just such a man of freedom, and this is precisely the significance of why God handed him over to Satan” (“God’s Work, God’s Disposition, and God Himself II” in Continuation of The Word Appears in the Flesh).

From God’s words, I realized His intention of saving man from the influence of Satan and protecting man from accusations and attacks by Satan. In spite that God handed man over to Satan, the aims of God’s work on man remain unchanged, which is to say, the aims are to save, purify, and transform man, and to explain God’s will and requirements to man, so that ultimately man is able to fear God and shun evil and become free. This is because if not purified and perfected by God, man will always live under the influence of Satan, living for money, fame, profit, position and personal benefit. All people live in Satan’s affliction and are incapable of extricating themselves from it, involuntarily living by Satan’s poisons such as “Everyone for himself and the devil take the hindmost,” “The wages of avarice is death,” “Nice guys finish last,” and “A real man lacks not in venom.” As a result, they no longer resemble man, unable to break away from it. They cannot but be corrupted by Satan at will and end up being destroyed by God. Therefore, God allows man to see how Satan corrupts and binds man amid its temptations and attacks. Meanwhile, if man calls to God and seeks the will of God, through God’s judgment, disclosures, trials and refinements, man will know God’s righteous disposition of being intolerant of offense by man, and thus awaken the true obedience and heartfelt reverence for God. Step by step, man will free themselves of Satan’s attacks and temptations and become free in the end just like Job. This is precisely God’s good intention of handing man over to Satan. Or else, man will never have the opportunity to be saved by God.

At that moment, I felt totally brightened in my heart, and had some understanding and knowledge of the work of judgment God has done in the last days. In addition, I was no longer afraid of facing the temptations of Satan, for I understood the reason and significance of why God handed Job over to Satan. I also understood that all those who believe in God must face temptations both great and small from Satan if they wish to be saved. Only through God’s words, faith in God, and obedience to and fear of God can man gradually break out from Satan’s battle formations and completely free himself from Satan’s accusations, being a man of freedom who lives before God and is saved by Him.

» Read more on our Sermons About Job page, or in the recommended articles below: 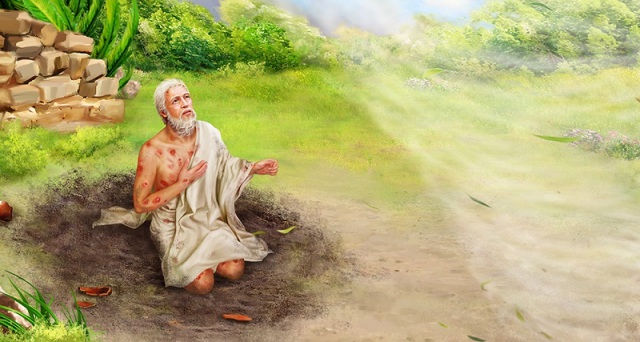 Two Kinds of People in God's Eyes: Job and His Three Friends 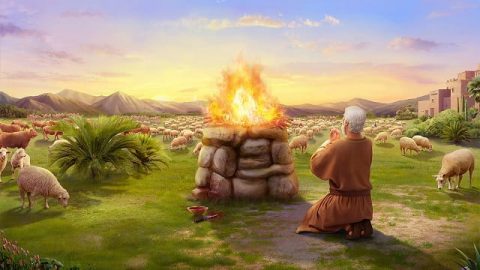 Job 1 – Job’s Daily Life in the Bible and Satan’s First Attack
Job’s Character and Wealth (Job 1:1-5) There was a man in the land of Uz, whose name was Job; and that man was perfect and upright, and one that fear…