Ming’ai had been a Catholic since she was small. She always insisted on reading the Bible and going to mass, and saying confession to the priest once a year, and this went on unbroken for over 40 years. When she heard the news that the Lord had returned, however, she rejected the Lord’s salvation many times. 11 years later, she heard God’s voice once again and was struck by remorse … Why did it take 11 years for Ming’ai to turn back to the Lord? What on earth could have happened to her?

“If the Lord really has returned, then priests and the Pope would not condemn it. But if the priests refuse to accept Eastern Lightning, then that way must certainly be wrong.” This is how Ming’ai thought at that time, and because she worshiped the priests so much, she adopted an attitude of denial toward the work of Almighty God.

In 2007, a friend of Ming’ai’s brought a young sister to her home to preach to her about Almighty God’s work of the last days. She told Ming’ai that the Lord had returned, but Ming’ai did not believe it, and in her heart, she held the young sister in contempt.

“None of the priests or the nuns believe in it. You’re so young, so what do you know about it when you’ve only just graduated?” thought Ming’ai in her heart, yet she dared not say it. She felt forced to host the sister each time she came, but she didn’t really listen to a word the sister said when she gave fellowship.

“Sister, please don’t come again. I’ll be moving to Taiwan soon.” Because Ming’ai was emigrating to Taiwan, she finally found an excuse to refuse the sister.

But the sister said that there were also many brothers and sisters in Taiwan, and asked Ming’ai if she’d be willing to attend some gatherings with them. Ming’ai was too embarrassed to refuse, so she reluctantly agreed.

Sisters’ Compassion Cannot Get Through to Her Stubborn Heart

In 2007, Ming’ai emigrated to Taiwan and, before long, sisters from The Church of Almighty God came to see her and give her fellowship about God’s urgent intent to express the truth and save man in the last days, and to invite her to attend gatherings.

“They came to see me many times, and I reluctantly attended a few meetings. But I didn’t say a word at any of them, and sometimes I nodded off,” said Ming’ai with a wry smile as she recalled her slipshod behavior at gatherings.

Because life in Taiwan is comfortable and easy, Ming’ai gradually became addicted to gambling. She only observed religious rituals externally, went to mass on Sundays and kept on with reading the Bible. But God’s love did not leave her, and from 2007 to 2012, brothers and sisters kept visiting her to help her and support her, testifying to God’s work of the last days. Ming’ai, however, always closed her heart to God.

Soon, brothers and sisters saw that Ming’ai really was unwilling to accept God’s work of the last days, and so they stopped visiting her.

In 2014, because Ming’ai heard the news report about the May 28 Zhaoyuan case put around by the CCP, her misunderstandings about The Church of Almighty God became even graver.

“Although all the brothers and sisters from The Church of Almighty God who I met when I moved from China to Taiwan were all very nice and compassionate people, and I didn’t quite believe that such people could do such things, this story was on the news every day at that time, and I ended up believing that,” said Ming’ai.

Upon Moving to the US, God’s Salvation Comes to Her Again

In 2016, Ming’ai and her family moved to the US. In July 2018, Ming’ai had to go to New York on an errand and, because she couldn’t find the place she was looking for, she asked someone for directions, and so happened to make the acquaintance of a sister from The Church of Almighty God. At that time, Ming’ai didn’t know that this person whom she’d met was a believer in Almighty God. She found this out only when she was chatting with the sister one day, and the sister then took her to hear a sermon.

“A brother meticulously gave fellowship about the three stages of work performed by God, and he also fellowshiped about such aspects of the truth as how God performs His work of judgment in the last days, God’s incarnation and how to differentiate between true and false ways. I was no stranger to the words he was reading, and I was just recalling when I’d heard it before, when the brother told me excitedly that the Lord had returned in the flesh, and that His name was Almighty God!”

Ming’ai was astonished to hear this. Every time she had come into contact with brothers and sisters from The Church of Almighty God over more than 10 years, the way they lived out, their loving hearts—it all flashed through Ming’ai’s mind.

• We Will Find the Light After Seeing Through the Rumors

There Is Finally a Way for Me to Cast off Sin 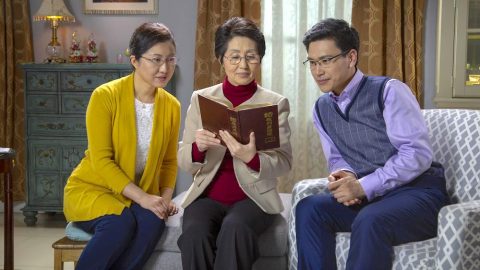 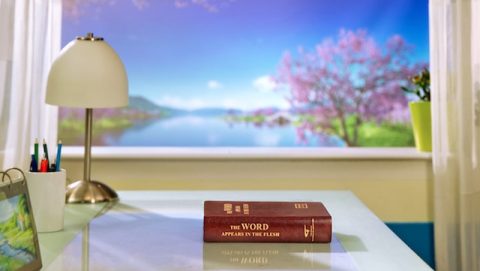 Welcoming the Lord’s Return After Leaving a Desolate Catholic Church

Finding the Church That Has the Work of the Holy Spirit, I Welcomed the Lord
The prophecies of the coming of the Lord Jesus are gradually being fulfilled, but the churches nowadays are universally in a state of desolation. What is the real reason behind this? 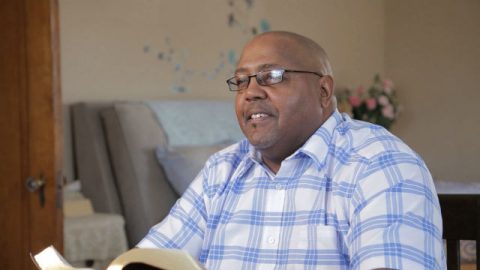 He Finally Knew How to Escape Sin After Over 40-Year Belief in God
He was once tormented by his inability to escape living in sin. Not until 2017 did he find a path to escape from sin. So, how exactly can we escape sin? Let’s read his experience. 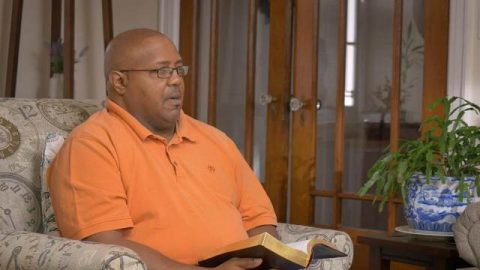 There Is a Way to Resolve the Problem of Committing Sin
Although our sins have been forgiven through our faith in the Lord, in real life we often commit sins and resist the Lord. How can we resolve our problem of committing sins?