“Gospel” means “good tidings,” just as it is written in Isaiah 61:1: “The Spirit of the Lord Jehovah is on me; because Jehovah has anointed me to preach good tidings to the meek; he has sent me to bind up the brokenhearted, to proclaim liberty to the captives, and the opening of the prison to them that are bound.”

Speaking of gospel, we all know that the Old Testament records that after Adam and Eve ate the fruit of the tree of the knowledge of good and evil, they were corrupted by Satan. Since then, sin came into the world and mankind has to face death, for the wages of sin is death. Thus, God began the work of saving us humans. 2 Corinthians 1:10 says: “Who delivered us from so great a death, and does deliver: in whom we trust that he will yet deliver us.” The verse shows us that during the time of God’s salvation of man, there are three salvations coming upon us mankind and each salvation is the gospel for mankind.

The first salvation is the work done by Jehovah God in the Age of the Law. At that time, the Israelites could only take care of the basic necessities of life, but they did not know the basic knowledge about daily life, nor did they know what kind of a God Jehovah was, much less how they should worship Him. Without God’s guidance, the Israelites would have worshiped idols instead of worshiping Jehovah God, and would have lived in promiscuity and corruption because of not knowing the daily life of normal humanity. In the end they would have devoured by Satan. Therefore, God decreed laws and commandments through Moses and led the Israelites to live their lives on earth. They knew that those who abided by Jehovah God’s laws would be blessed by Him, and those who violated the laws would be stoned to death or burnt by the fire from heaven. Thus they strictly followed the laws. Because of the restrictions of the laws, the Israelites survived.

At the end of the Age of Law, the human race became so increasingly corrupt that they were in constant danger of being put to death for violating the law. God loves us mankind. He couldn’t bear to see us living under Satan’s domain and being put to death for offending the law. Therefore, He was incarnated with the identity of the Lord Jesus to work and save us on earth, bringing us the peaceful gospel. The Lord Jesus said: “The time is fulfilled, and the kingdom of God is at hand: repent you, and believe the gospel” (Mark 1:15). He was personally crucified and served as the sin offering for mankind. From then on, mankind could be redeemed from Satan’s hand and be forgiven of their sins for accepting the Lord Jesus as their Savior and came before God. Just as Ephesians 2:16-17 say: “And that he might reconcile both to God in one body by the cross, having slain the enmity thereby: And came and preached peace to you which were afar off, and to them that were near.” All those who accepted the peaceful gospel brought by the Lord Jesus could be forgiven of their sins. As long as they called on the name of “the Lord Jesus,” they could receive abundant grace. For example, the blind could see and the paralyzed could walk. The Lord Jesus said: “And this gospel of the kingdom shall be preached in all the world for a witness to all nations; and then shall the end come” (Matthew 24:14). Now the gospel of the Lord Jesus has spread to the ends of the earth, and many people have accepted the second salvation that God gave mankind and have obtained salvation through His grace.

However, though we have been forgiven of our sins through the Lord Jesus’ redemption, our sinful nature still remains. We still often sin and become more and more depraved. The Bible says: “Be you holy; for I am holy” (1 Peter 1:16). “Holiness, without which no man shall see the Lord” (Hebrews 12:14). This shows that we have received the Lord Jesus’ salvation but we haven’t been freed from our sinful nature and been cleansed. Thus we cannot enter God’s kingdom. Hebrews 9:28 says, “So Christ was once offered to bear the sins of many; and to them that look for him shall he appear the second time without sin to salvation.” And Revelation 14:6 says, “And I saw another angel fly in the middle of heaven, having the everlasting gospel to preach to them that dwell on the earth, and to every nation, and kindred, and tongue, and people.” From the verses, we can see that the people redeemed by the Lord Jesus have to receive another salvation from God, the everlasting gospel prophesied in Revelation. Only this gospel can make us thoroughly break away from the binding of our sinful nature so that we will be brought into the heavenly kingdom by God and achieve eternal life.

Obviously, it is very important for every brother and sister who truly believes in the Lord and longs for His return to be able to accept the everlasting gospel.

• Most people also like to read: Difference Between Following God and Following Man 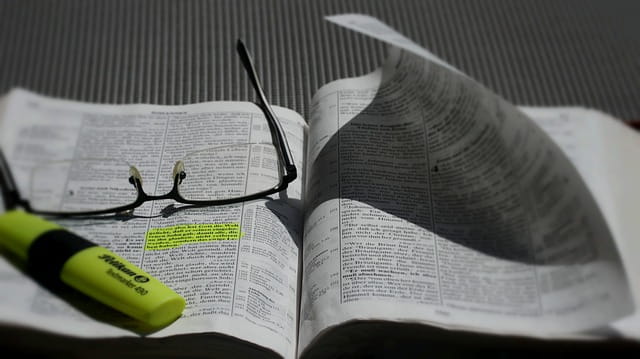 It’s God’s Will to Spread the Gospel – Reflection on Matthew 4:19

Why Do They Persist in Preaching the Gospel Despite Persecution?

What Is the Gospel? How Can We Gain the Eternal Gospel?
Gospel means good news for all of us. Then to the believers in the Lord, what’s the gospel? Understanding this is helpful in our gaining the eternal gospel. 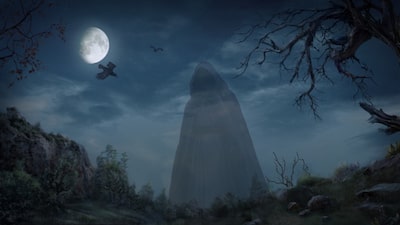 Can You Discern the Voice of Satan?
By Chen Xi It was six o’clock in the morning, I made a prayer with pure in heart to entrust my spiritual devotions’ time to God and yearned for His e…

How to Pray So That God Will Accept
We believers in the Lord pray to Him every day. How should we pray so our prayers are accepted by the Lord? Please click on and read this article, and it will help you pray in accordance with God’s intentions.

The Work of Spreading the Gospel Is Also the Work of Saving Man
All people need to understand the aims of My work on earth, that is, what I ultimately wish to gain, and what level I must achieve in this work before…