Nowadays disasters are getting worse and worse all over the world and the situation in every country is very tense. The prophecies in the Bible of the Lord’s second coming have basically been fulfilled, yet I have still not welcomed the Lord. I’m afraid that I will be abandoned by the Lord. Therefore, I’d like to ask for your advice: What should I do to greet the Lord’s second coming?

The question that you asked is exactly the same one that all the brothers and sisters who are desperately waiting for the Lord’s return are concerned with. If we want to welcome the Lord’s coming, the crucial point is to pay attention to hearing His voice and recognizing His voice from His words. Only then can we welcome His appearance and follow the Lamb’s footsteps. The Lord Jesus said, “Behold, I stand at the door, and knock: if any man hear my voice, and open the door, I will come in to him, and will sup with him, and he with me” (Rev 3:20). And it says many times in Revelation, “He that has an ear, let him hear what the Spirit says to the churches” (Rev 2-3). The Lord Jesus also said, “My sheep hear my voice, and I know them, and they follow me” (Jhn 10:27). From these prophecies, we can see clearly that when the Lord Jesus returns, He will speak again, and that God’s sheep will hear His voice and come out to welcome Him and be raptured before His throne.

We believers all know that the way which the Lord Jesus preached, the word He expressed, the mysteries of the kingdom of heaven which He revealed, and the demands which He made of us humans were all the truth, all God’s own voice, and were all manifestations of God’s life disposition

and all that He has and is. The miracles He performed—healing the sick, casting out demons, calming the wind and sea, feeding five thousand with five loaves of bread and two fish, and raising the dead—were all manifestations of God’s own authority and power, which no created man is possessed of or capable of. Those that sought the truth at the time, like Peter, John, Matthew, and Nathanael, recognized from the Lord Jesus’ word and work that He is the promised Messiah, and so followed Him and received His salvation. Whereas the Jewish Pharisees, despite hearing the Lord Jesus’ sermons and seeing Him perform miracles, they still clung to the letters of the Bible, thinking that when God came He should be called Messiah and that He would come to rule and lead them to break free from the rule of the Roman government. However, when the Lord Jesus came, He wasn’t called Messiah, wasn’t born in the palace and didn’t act as their king. Moreover, from the outside, He was just an ordinary person with no power or stature, not in line with their conceptions and imaginations. As a result, they denied the Lord Jesus, wildly condemned and resisted Him, and in the end, they committed the greatest of sins in nailing the Lord Jesus to the cross. The lesson of the Pharisees calls for deep reflection!

Those who truly believe in God and love the truth don’t pay attention to the external formalities but instead they focus on hearing God’s voice. As long as they hear God’s voice, they will seek and examine immediately, recognize God from His utterances and follow Him. Such people will thus attain God’s praise. Conversely, those snobs who only seek bread to satisfy hunger and focus on power and status, when seeing that God’s appearance and work is not in accordance with their conceptions, refuse to listen to God’s voice and even wantonly condemn and resist. Such people will never welcome the Lord’s return.

The Lord Jesus warned us, “And at midnight there was a cry made, Behold, the bridegroom comes; go you out to meet him” (Mat 25:6). We don’t know the way the Lord will knock at our doors. Maybe from the Internet or through hearing the gospel from the brothers and sisters around us or our relatives and friends, we will hear God’s voice and see His words to all the churches. So, if we want to welcome God’s appearance, no matter what way the Lord knocks on our doors, no matter whether or not the way is in line with our conceptions and imaginations, we should be the wise virgins and humbly seek and investigate and listen out for God’s voice. We must not hold on to our conceptions and imaginations or blindly listen to rumors and thus refuse to investigate. If we do so, we will miss the chance to welcome the Lord and be raptured into the heavenly kingdom. God is faithful. Those who sincerely long for His appearance will surely be able to hear His voice, be raised up before His throne and attend the feast of the Lamb.

Sister Jingxing, I hope that my fellowshiping can help you. If there is anything you don’t understand, please let me know, and we can fellowship again. May the Lord lead us to welcome the appearance of God soon. 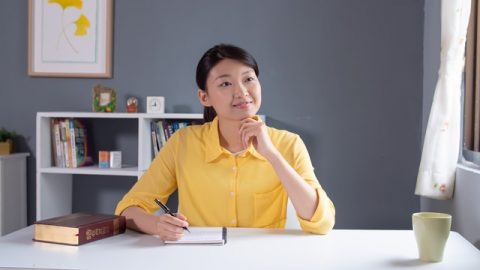 Wise Virgins
Previous As Christians, How Can We Face Trials From God Audaciously and Calmly?
Next What Is the Work of Managing Mankind?

How to Hear the Voice of God - 2 Key Principles

The Lord Jesus prophesied that He would come again. How should we welcome the Lord? How to hear the voice of God and recognize Him? There are two key principles.

How Do the Wise Virgins Hear the Voice of God and Welcome the Lord?

Bible Verses for Reference: “I have yet many things to say to you, but you cannot bear them now. However, when he, the Spirit of truth, is come, he w…

What the wise virgins and the foolish virgins are

Bible Verses for Reference: “Then shall the kingdom of heaven be likened to ten virgins, which took their lamps, and went forth to meet the bridegro…