Home » Christian Sermons » Can We Be Justified by Faith?

Some Christians think that they are no longer sinners, but are justified by faith in the Lord Jesus, and that they will be taken into the kingdom of heaven when the Lord returns. It is written in the Bible, “Whom God has set forth to be a propitiation through faith in his blood, to declare his righteousness for the remission of sins that are past, through the forbearance of God; To declare, I say, at this time his righteousness: that he might be just, and the justifier of him which believes in Jesus” (Romans 3:25–26). So they consider that, with Jesus Christ acting as their sin offering, as long as they repent to the Lord, their sins can be forgiven, and thus they can be justified through the redemption of Jesus. However, whether or not we have ever thought: It is true that our sins have been forgiven through our faith in the Lord Jesus, but does this mean that we are justified by faith and are no longer of sin?

Next, looking at us, believers in the Lord Jesus today: Although we have some good deeds outwardly after accepting the redemption of the Lord Jesus, such as giving alms and helping others, yet these deeds are still far from proving that we are doing righteousness—merely standing for a good behavior, which can still not correspond to the Lord Jesus. It is because that we, having many corrupt dispositions within, can’t avoid committing sins and resisting God yet. For instance, when we encounter things in our real life, we can’t walk in God’s way or live out His words, filled with selfishness and baseness, crookedness and craftiness, but often reveal corrupt dispositions of arrogance and self-conceit without a heart of reverence for God; when we shepherd the church and suffer hardships to do some work for the Lord’s sake, we can exalt and testify ourselves to be venerated and looked up to; when we serve God, we can attack against each other and raise jealousy and strife between one another to compete for status; in addition, when our labor and sacrifice beget no God’s blessings, we can complain about and misunderstand God; when God’s work is not in accord with our notions, we can judge God; and so on. Aren’t these manifestations above the revelation of corrupt dispositions?

With so many sins existing within us, can we be called the righteous? Let’s see what is written in the Bible, “If so be that you have heard him, and have been taught by him, as the truth is in Jesus: That you put off concerning the former conversation the old man, which is corrupt according to the deceitful lusts; And be renewed in the spirit of your mind; And that you put on the new man, which after God is created in righteousness and true holiness” (Ephesians 4:21–24). These verses also tell us: Since we have accepted the way of the Lord, we must cast off our former corrupt behaviors, live out the likeness of a new man, and ought not to do abominations any more. We should know the ones God finally will get are those who can live out God’s words and righteousness from the inside out, instead of those who only have a few good behaviors on the surface but are still bound by sins within. We, however, have lots of corrupt satanic dispositions, full of sins. How can we be called righteous people for this reason? It is also recorded in the Bible, “But when the righteous turns away from his righteousness, and commits iniquity, and does according to all the abominations that the wicked man does, shall he live? All his righteousness that he has done shall not be mentioned: in his trespass that he has trespassed, and in his sin that he has sinned, in them shall he die” (Ezekiel 18:24). As can be seen from the verse, although we can be justified because of the redemption of the Lord Jesus and our faith in Him, nevertheless this does simply mean that we get an opportunity of being justified from the Lord, rather than represent that we are righteous people. If we can’t seize this opportunity to do righteousness, but live in sin and give free rein to the spread of sin, then how can we be justified? So faith is inseparable from practice. If we only have faith but no living out in our behaviors, then we can’t receive God’s approval. Thus, the saying of being justified by faith is invalid.

Now that we can’t truly be justified by faith, how can we be justified then? In fact, the Lord Jesus has already set the standard of righteous people. It is said in Revelation 19:7–8, “Let us be glad and rejoice, and give honor to him: for the marriage of the Lamb is come, and his wife has made herself ready. And to her was granted that she should be arrayed in fine linen, clean and white: for the fine linen is the righteousness of saints.” From this we see that what God says about the standard of righteous people is based on whether we can do righteousness, in other words, it depends on whether we can live out holiness and the image of a just man. Supposing that we fail to do it, then we will not be justified by God. But, as for us, having many Satan’s corrupt dispositions within, we have not changed our life dispositions, full of sins in our living out, so we cannot glorify and manifest God at all, nor can we live out His words. Then how can we be justified by faith? Therefore, we must get rid of our corruption, not living in sin any longer, so that we can become the ones who accept God’s inspection in everything, follow His will and practice according to His words, have a heart of loving and obeying God in all our actions, achieve changes in our disposition, and finally fear God and shun evil. Such people are righteous ones of whom God approves. Just like Job, in all his life he conducted himself in conformity with the Lord’s way, and had a heart of fearing God and shunning evil in everything. Whether trials of hardships or refinements, he could obey God’s orchestration and arrangement without complaints, without his own choices or demands, and could still praise God’s name. So, Job is the one who truly lived out the image of a righteous man and became a perfect man in God’s eyes.

We think a man can be justified by faith. In that case, we can weigh whether what we do is the living out of a righteous man. For example, since we believe in and follow God today, whether we have changes in our disposition, whether we still live by the old satanic nature, and whether we have tolerance, patience and love to others on the basis of understanding the principles of the truth; on the other hand, whether we act strictly as words said by God without mixture of our own will, notions and imaginations, and whether all we do can be in accordance with Christ? How many, mentioned above, have we lived out? If we would like to be justified, we must remove our corruption, not living by satanic corrupt disposition any more. Only by breaking away from sin to carry out righteous acts can we get the Lord’s approval. Just like the words in 1 Peter 1:15–16, “But as he which has called you is holy, so be you holy in all manner of conversation; Because it is written, Be you holy; for I am holy.” as well as in Hebrews 12:14, “Follow peace with all men, and holiness, without which no man shall see the Lord.” We all know that God is holy. So, God does not allow any filthy and corrupt things to exist in His kingdom. Only the ones who are purified and saved by God can enter God’s kingdom.

• It Is Possible to Be Free From Sin – Important Discovery 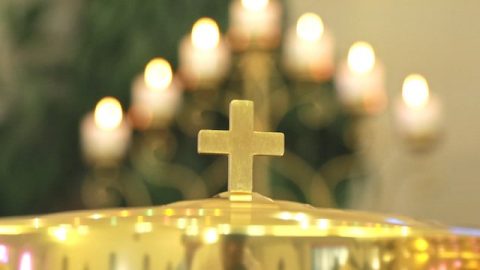 Does Having Our Sins Forgiven Mean We Can Be Raised Up Into the Heavenly Kingdom?

Welcoming the Lord’s Return Means Escaping Sin Is No Longer a Dream!

Christian Testimony: How I Successfully Quit a 20-Year Gambling Addiction

A Christian’s Testimony of Gratitude: God Saved Her From Gambling Addiction 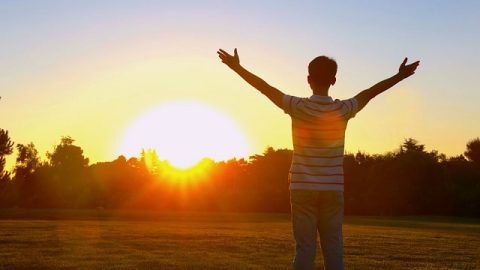 Find Way to Get Rid of Sin, Resolve Over 10 Years’ Confusion
Why do we still sin? That’s because we haven’t found the root of our sinfulness. He, a Catholic, is no longer troubled by being unable to get rid of sin.

There Is Finally a Way for Me to Cast off Sin
When I was 17, I became a believer in the Lord. Every day I enjoyed His lovingkindness and mercy, living free of anxiety and cares; meanwhile, I dreamed of how beautiful the heaven was, hoping that the Lord would return and take me up there. 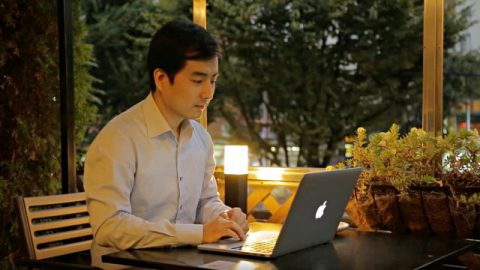 Can Believers Absolved of Sins Enter the Kingdom of Heaven?
By Han Song Han Song opened the Bible and read: “Follow peace with all men, and holiness, without which no man shall see the Lord” (Hebrews 12:14). A…

How to Improve the Frosty Relationships at Work