Get Over the Pain That My Husband Had an Affair

I’ve been married for twenty years. I thought my husband and I were devoted to each other. But unexpectedly, my husband had an affair. I feel very upset and don’t know how to face it. I’d like to ask: Why is marital affection so fragile? How can I escape from the anguish? 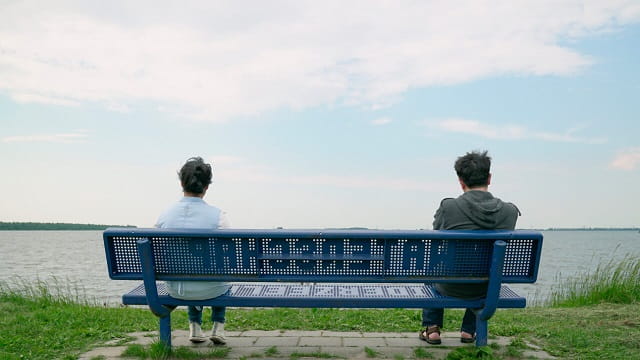 Seeing your message, I can understand how you feel right now because I had the same experience as you. In those dark days, if it hadn’t been for the guidance of the words of God, I wouldn’t have known how to walk the path ahead. It was the guidance of God’s words that helped me understand why marital affection is so fragile, and also allowed me to know the root of human suffering. Gradually, I walked away from the shadow of my husband’s betrayal.

My husband and I were childhood sweethearts, and we shared many of the same interests and had endless things to tell each other. My family didn’t consent to my marrying him, but we overcame all the hindrances and stayed together. After we got married, my husband was very considerate and attentive to me. I thought we had a deep mutual affection and so we would be always happy. But then reality gave me a deadly blow …

My husband started to earn more money and come into contact with more people, but that also meant there were more fair-weather friends around him. One day, I accidentally opened his WeChat and saw a message. In it, he actually called another woman “honey.” At that moment I couldn’t believe my eyes. I couldn’t stop trembling all over. He swore to love me for the rest of our lives—how could he coo over another woman like that? We had been together for so many years—how could he betray me? Under my questioning, he admitted that he indeed had had an affair, and said nonchalantly that it was not a big deal and that many of his colleagues had affairs.

At that moment, it felt like the sky was falling on me. Anger, shame, and helplessness all welled up in my mind. I couldn’t hold back the pain in my heart, and howled with tears.

In the days after my husband admitted his betrayal, I felt nothing mattered anymore. I shut myself off from everyone and didn’t say a word for a whole week. As soon as I thought of my husband’s betrayal, tears gushed out like water from an opened sluice. I wanted to spend up all his money to take revenge on him, so I began to buy clothes and shoes, go out to eat etc…. However, every time after I spent his money, I was no less upset. In the space of just two weeks, I lost 8.5kg in weight. 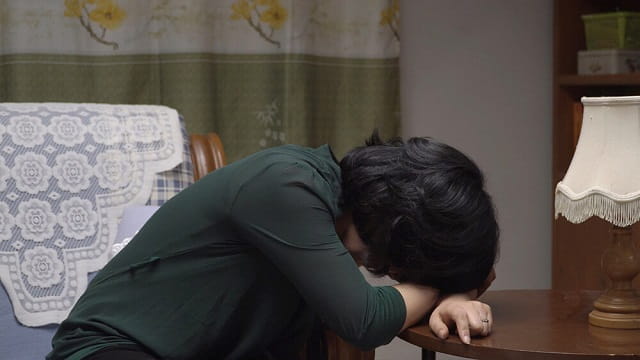 In pain and helplessness, I saw God’s words saying: “These trends arise one after another, and they all carry an evil influence that continually debases mankind, causing people to lose conscience, humanity and reason, weakening their morals and their quality of character ever more, to the extent that we can even say that the majority of people now have no integrity, no humanity, and neither do they have any conscience, much less any reason. So what are these trends? They are trends that you cannot see with the naked eye. When a new trend sweeps through the world, perhaps only a small number of people are on the cutting edge, acting as the trendsetters. They start off doing some new thing, then accepting some kind of idea or some kind of perspective. The majority of people, however, will be continually infected, assimilated, and attracted by this kind of trend in a state of unawareness, until they all unknowingly and involuntarily accept it and become submerged in it and controlled by it. One after another, such trends cause people, who are not of sound body and mind, do not know what the truth is, and cannot differentiate between positive and negative things, to happily accept them as well as the life views and values that come from Satan. They accept what Satan tells them about how to approach life and the way to live that Satan ‘bestows’ on them, and they have neither the strength nor the ability, much less the awareness, to resist.”

From God’s words, I understood the reason we live with so much pain is that we have accepted Satan’s evil trends. Nowadays, public morals are declining day by day; pornography is rife; and all kinds of wrong views are bandied around, such as “Have a wife, and mistresses too,” and “Seize the day for pleasure, for life is short.” These thoughts have distorted people’s outlook on life and their idea of love. People pursue these evil trends, and they see having affairs or finding mistresses as a manifestation of being capable rather than a source of shame. So many families are torn to pieces, and so many couples swing back and forth from love to hate and can’t extricate themselves. That my husband betrayed me was also because he had accepted this kind of view. When he saw people around him all having affairs, he did it too. Not only does he not feel remorse, but he thinks it is very normal. Corrupted by satanic thoughts, we’ve lost our ethics and interpersonal affection has become very fragile.

As I also had accepted some other satanic views, such as “Life is precious, but love is more valuable,” “Holding one’s hand and accompanying him until old age.” I regarded having love as the main criterion of my happiness and the only thing that made life worth living for me, and thought only when one possessed a sweet love was life valuable and meaningful. Therefore, in the face of my husband’s betrayal, seeing that my marriage, which I had devoted my life to managing, came to nothing I got depressed and was in a daze all day. I was like a walking corpse. This was the consequence of living by Satan’s philosophies, and, even more importantly, was the harm that was done to me by Satan. With no truth and no discernment about these satanic rules of survival, we humans can’t help but live in pain and be trampled by Satan at will.

From God’s words, I understood that God is the truth, the way, and the life. Only God can save us from Satan’s affliction. God hopes that every one of us can live happily, worship Him, and listen to His words while Satan—who corrupts and tortures people for fun—wants us to live in pain. Only when we pursue the truth and gain it as life, can we avoid being fooled by Satan and free ourselves from pain. I reflected on the fact that as I didn’t have discernment about the means that Satan employed to corrupt mankind, I had been living in the shadow of my husband’s betrayal, imprisoned by the past and torturing myself. That period in my life tore me apart. But under the guidance of God’s words, I saw clearly the afflictions these evil trends had brought to people, and I also realized my husband and I were both the victims of Satan’s evil trends. Gradually I walked away from the shadow of my husband’s betrayal.

Later, I started to actively perform my duties in the church and now live an enriched life.

Sister Moyan, I don’t know whether my experience will help you out of your pain, but I do hope that you can clearly see from God’s words the consequences of these evil trends corrupting mankind. Never fall for Satan’s tricks, and live according to God’s words. May God bless you!

• God’s Will in Marriage: How Does God Show You Who to Marry?

• A Story of Newly-weds: How I Gained a Happy Marriage (Conflict in Marriage)

By Zijian, China Although through selecting carefully, my dream of my future husband and I being a perfect match was difficult to achieve. Ever sinc…

Is money the foundation of a happy marriage? When you involve yourself in a bustling city, is your marriage facing the test of money? Read to learn Christian Amuer’s marriage story.

Xiaomin thought of how she was stuck before living in pain from her husband’s betrayal that she couldn’t extricate herself from and it was God’s words that allowed her to recognize the root of his depravity and to clearly see how Satan uses evil trends and all sorts of absurd thinking ...