Men Loved Darkness Rather Than Light – Gospel Reflection on John 3:19 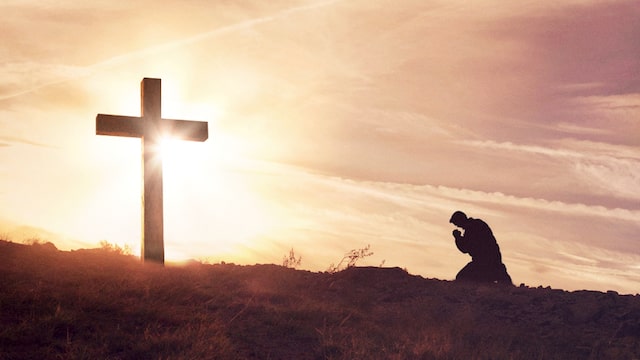 And this is the condemnation, that light is come into the world, and men loved darkness rather than light, because their deeds were evil. - John 3:19

When the light comes into the world, in theory man should be happy. Why did Jesus say that men love darkness rather than light? At that time, in order to save those who were bound by the law, Jesus became flesh to do the work of redemption. Jesus did lots of things that didn’t conform to people’s notions and the Pharisees were afraid that the Israelites would follow Jesus and they would lose their status, so they condemned and resisted Jesus constantly. They scolded that Jesus did not observe the Sabbath and judge Him as an ordinary man. Thus, they were condemned by God. By contrary, those who were wise could put aside their notions and imaginations, and seek the truth. It is like Peter: He could humbly listen to the word of the Lord and knew the Lord from His words, finally the Lord praised him and gave him the keys to the kingdom of heaven. It can be seen that God loves those who can listen to His words and accept His salvation. A passage of words crossed my mind, “Put aside your view of ‘impossible’! The more that people believe something is impossible, the more likely it is to occur, for the wisdom of God soars higher than the heavens, God’s thoughts are higher than man’s thoughts, and the work of God transcends the limits of man’s thinking and conception. The more that something is impossible, the more there is the truth to be sought; the more that something is beyond the conception and imagination of man, the more it contains the will of God. Because no matter where God reveals Himself, God is still God, and His substance will never change because of the location or manner of His appearance. The disposition of God remains the same regardless of where His footprints are. No matter where the footprints of God are, He is the God of all mankind. For example, the Lord Jesus is not only the God of Israelites, but is also the God of all people in Asia, Europe, and America, and even more the only God in the entire universe. So let us seek God’s will and discover His appearance from His utterances, and follow His footprints!” If we wish to welcome the Lord’s return, we need to transcend our notions and imaginations, and learn to seek the truth. God’s wisdom is unfathomable, so we need to humbly seek where God’s words are. We should follow the Lamb wherever He goes.

• What Is Truly Doing God’s Will?

• How to Welcome the Lord's Return to Be After God's Will

• Hearing God’s Voice: How to Be a Wise Virgin to Welcome the Lord’s Coming

Keep God’s Word and God Will Be With Us – Gospel Reflection on John 14:23

Today’s Gospel Jesus answered and said to him, If a man love Me, he will keep My words: and My Father will love him, and We will come to him, and make…

Today’s Gospel Then the same day at evening, being the first day of the week, when the doors were shut where the disciples were assembled for fear of …

God Himself is Life – Gospel Reflection on John 6:33

Today’s Gospel For the bread of God is he which comes down from heaven, and gives life to the world. - John 6:33 Reflection From the Lord’s words, we …

Today's Gospel Then gathered the chief priests and the Pharisees a council, and said, What do we? for this man does many miracles. If we let Him thus …