The Lord Jesus said: “Peace I leave with you, my peace I give to you: not as the world gives, give I to you. Let not your heart be troubled, neither let it be afraid” (Jhn 14:27).

I am 20 years old this year and have believed in the Lord with my mum since my childhood. Living in peace and joy, I feel very happy every day. Especially after I experienced two serious traffic accidents, I feel even more that I can’t leave the Lord, for without the Lord’s care and protection I can’t survive until today.

I have a square scar with the likeness of a musical note on the right eyelid. As my friends saw it, they would make a joke of me: “You must have a talent for music.” Hearing that, I would respond to them proudly: “It’s not that I have a talent for music, but that there is a story behind the scar, a story about the Lord Jesus’ protection of me. …”

In the year when I was 8, my mum took me out for shopping. I saw across the road someone was selling Tanghulu, a sugar-coated fruit on the stick, and so I asked my mum for money to buy one. My mum gave me money and continued to select jewels at the stall. When I ran to the middle of the road, a white truck hit me with a thud, causing me to go into a coma.

I stayed in the coma for three days and nights in the hospital. My mum prayed to the Lord and asked Him to save me every day. Thank the Lord for listening to her prayers, allowing me to awaken from the coma. Then the doctor gave me an examination and it showed that I was well all over apart from being given several stitches up the right eyelid. The wound lay only three millimeters up the right eyelid. If it had gone downward a bit, I would have lost my right eye.

The Bible records: “Yes, though I walk through the valley of the shadow of death, I will fear no evil: for you are with me; your rod and your staff they comfort me” (Psm 23:4). I passed through the jaws of death: If the Lord hadn’t saved me, I would either have been knocked to death or have lost my right eye. However, with the Lord’s protection, I was not in any danger of losing my life. The Lord kept me by my side.

That experience greatly increased my faith in the Lord. Thereafter, as long as I had time, I would go to church and worship the Lord with my mum. Next, I will talk about another marvelous protection of me from the Lord.

In the year when I was 16, I just attended senior high school. One day, having seen off my sister for college entrance examination, I was ready to take the BRT (Bus Rapid Transport) to go home. It happened to be the evening rush hour, and there were so many passengers that I couldn’t scramble to get on the buses several times. Finally I spared no effort to squeeze onto a bus and stood close to the door, yet the driver couldn’t shut it. The passengers looked at one another and no one was willing to get off. So I had to get off the bus. I thought: How come there are so many passengers? I still have to scramble to get on the next one. Alas, forget it! I might as well wait for the next bus. At this thought, I was reluctant to get off the bus.

After that, I strived to get on another bus with great might. Shortly after the bus left the station, it suddenly stopped. And what followed was a pungent burning smell. I looked ahead, finding that the bus I had just got off was emitting white smoke. The driver quickly opened the door to let us all get off the bus. Far as we were from the wrecked bus, the strong smell could still be smelled and it became more and more intense. Later, the fire engines also arrived.

After back home, I turned on the television. Unexpectedly, the accident was being reported as the headline news: “Xiamen BRT caught fire and exploded, killing 42 people and injuring 33.”

As the injured were carried out from the bus one after another, their faces and feet were all covered with blood. In the beginning, I just thought the bus smoked as it broke down. Never had I expected that such a heavy accident occurred. That was close! By then I realized why I had to get off the bus at that time. It was because of the Lord’s secret arrangement that I didn’t take the bus, or else I would either be dead or get seriously injured. After that, I felt astonished yet frightened, keeping giving thanks to the Lord in my heart. It was the Lord who cared for and protected me by my side all the way. I talked to my mum about what I had experienced with excitement. After hearing the whole story, she was much more excited and thanked the Lord unceasingly.

On the next day, when I went to school, I found this accident was being overwhelmingly reported by news media and newspapers. As I listened to the news, the gratitude welled up in my heart once again. Thank the Lord!

Later on, my school gave lessons to students on how to keep safe and escape from accidents based on the bus explosion caused by catching fire. Then I couldn’t help sighing: We learn and exercise how to safely flee for our lives at ordinary times, but when accidents occur, who can escape smoothly?

Later, I shared how I experienced the bus accident with my classmates, head teacher, and grade leader. Hearing my experience, they all claimed that I was lucky. And the grade leader put the arm around my shoulders and said: “Since you survived the calamity, you must be blessed in the future.” Thank the Lord! If it hadn’t been for the Lord’s care and protection, I might have got on the bus leading to the jaws of death.

Thinking back on these years, without the Lord’s care and protection, I can’t survive until now. The Psalms said: “A thousand shall fall at your side, and ten thousand at your right hand; but it shall not come near you” (Psm 91:7). Thank the Savior Jesus! I genuinely have experienced that the Lord is by my side and protects me in secret, making me escape from misfortunes and survive in disasters. Thanks be to the Lord! I’m willing to pursue the truth properly to repay the Lord’s love. Amen!

Most people also read: At the Point of Life and Death, God Saved Us From the Pool 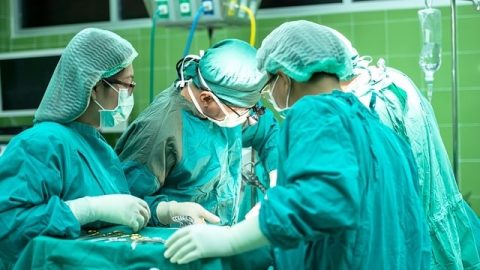 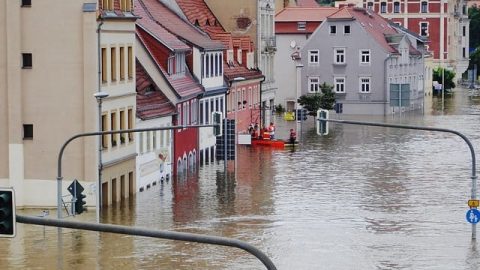 Miraculously Protected by God on a Stormy Night
In the flood, others suffered a great loss. But why could she get through it safely? The secret is ...

Witnessing God’s Wonderful Deeds After Obeying Him
By Chen Xin, China She Suddenly Learns That Her Daughter-in-law Has Cancer “Xiaolin, what is wrong?” asked Xinrui with concern as she picked up the ph…

A Letter to My Daughter Xi’en: Sweetheart, I Want to Tell You ...
Every one of us has experienced some events which become inscribed on our memory, and Sister Xiaojing is not an exception. What she will never forget is how she had a brush with death when giving birth to her child. Let’s explore her experiences together through the letter she wrote to her daughter. 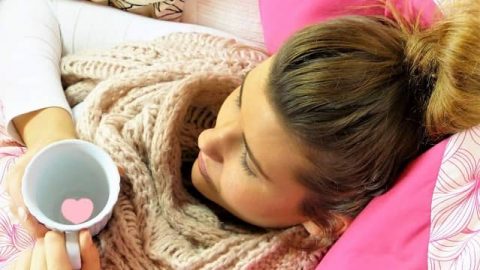 God Protected Her Through Illness
Is being ill a bad thing? Not necessarily. She avoided a deadly traffic accident because of being ill. It turned out that God protected her through illness.