After believing in the Lord, I was always keenly pursuing, actively attended meetings and frequently spread the gospel. Later, I began to serve the brothers and sisters. At that time, I had endless strength. However, over ten years passing by, my neighboring houses were decorated well, while my house was not decorated for lack of money. I thought: If I can earn some more money, I will live as well as others.

Later on, I found a job with a high salary and good benefits. Therefore, I did not have time to serve the church at all because of long hours’ work. For this, I felt indebted to the Lord in my heart. However, when I thought that having more money could make my family wealthy, the reproach and indebtedness in my heart became weaker and even disappeared. Though I occasionally attended meetings, I did not have a mind to listen and nodded off, so I did not know what was preached. As time passed, my heart drifted further and further away from the Lord, and my original faith and love to Lord became cold. Yet, the Lord did not abandon me, and He brought me back to His side in a special way …

One afternoon in 2010, when I riding my electric scooter passed a crossroads in the county, a minivan dashed toward me. I was so scared that I forgot to brake. Seeing this scene, I thought: I am finished! Even if I will not die, at least I will become disabled. The only thing that I could do was to cry in my heart: O Lord, Lord, help me! With a thud, the minivan bumped into the front wheel of my electric scooter, dragging me over two meters, and then I fell down to the ground. My head was dizzy, and my body was badly painful, just like every bone had scattered apart. I sat on the ground and couldn’t stand up. Facing this situation, I thought in my mind: Have my bones been broken? Have I got brain concussion with dizzy spells? Have I had the internal injury with my viscera so painful? What if I have some sequelae in the future? At that moment, I thought of the Lord, and then I called Him in my heart: O Lord, I am very lucky to be alive now. It is really Your care and protection. But I don’t know which part of my body was hurt or how serious it is. O Lord, I believe that all these are in Your hands. I’m willing to obey your domination and arrangements.

The perpetrator escaped after the accident happened. It was my acquaintance that called my daughter and sent me to the hospital. After a series of examination, the doctor told me that I was not seriously injured and that I could reassure myself. His words relaxed us. My daughter spoke to me, “The onlookers discussed that the accident was so serious that you would get brain concussion at least.” I told her, “Though my electric scooter was seriously hit this time, my injures are only superficial. Thank the Lord for His protection.”

After returning home, I cast my mind back over the accident: It was very lucky that the minivan ran into my electric scooter first, so that it indirectly made me fall down. Otherwise, I would die or at least become disabled if it directly hit me at its speed. That I was not badly injured in the accident was the Lord’s protection. I really thanked the Lord! At that moment, I could not help crying grateful tears, full of indebtedness to the Lord and self-reproach.

I saw these scriptures as following: “No servant can serve two masters: for either he will hate the one, and love the other; or else he will hold to the one, and despise the other. You cannot serve God and mammon” (Luke 16:13). “Therefore I say to you, Take no thought for your life, what you shall eat, or what you shall drink; nor yet for your body, what you shall put on. Is not the life more than meat, and the body than raiment? Behold the fowls of the air: for they sow not, neither do they reap, nor gather into barns; yet your heavenly Father feeds them. Are you not much better than they? Which of you by taking thought can add one cubit to his stature?” (Matthew 6:25-27).

The will of the Lord is that we shall be neither apart from the Lord for lusting after money nor worried about the food and clothing of the flesh. In fact, the things that the Lord has prepared for us are enough to enjoy, and He has long ago arranged the necessities in life in abundance. However, I admired the worldly people and pursued the enjoyment of materials, throwing myself into working and into earning money. As a result, I didn’t attend gatherings normally and even I had no blame or indebtedness in my heart when I did not serve the church. I ignored God’s commission and broke my oath that I had sworn before Him at the beginning, even without a heart to return to shore. My spirit was so dumb and dark, and I totally lost the likeness of a Christian. What I pursued was the same as that of the worldly people.

The Lord hoped that I could turn back from the wrong path and allowed His way, life and truth to truly root in my heart. Because I am of God, not of the world, it was the path of the worldly to worry about my life all day and chase after money. I was entering the wide gate. In the end, I would be depraved, and be eliminated, losing the salvation of the Lord. This accident was so meaningful. It was not only God’s mercy and salvation for me, but His fatherly love for His children. Just as the Bible says, “For whom the Lord loves he chastens, and whips every son whom he receives. If you endure chastening, God deals with you as with sons; for what son is he whom the father chastens not? But if you be without chastisement, whereof all are partakers, then are you bastards, and not sons” (Hebrews 12:6-8).

After this experience, I have learned the value and preciousness of life, and understood the earnest intention of God in His permission for me to get into the car accident. God’s love is too practical. I should not sink into sleep anymore, but rather I should wake up to entrust all things to God and be loyal to what God entrusts me to repay His love!

Testimony of Healing: I Prayed This Way After My Daughter Suffered a Cerebral Hemorrhage 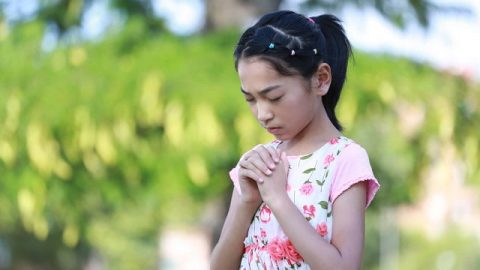 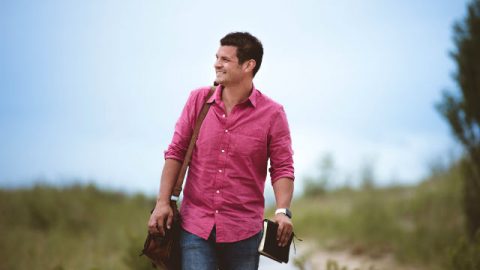 I Experience That Only God Loves Man

Witnessing God’s Wonderful Deeds After Obeying Him
By Chen Xin, China She Suddenly Learns That Her Daughter-in-law Has Cancer “Xiaolin, what is wrong?” asked Xinrui with concern as she picked up the ph…

Testimony of Healing of a Brain Tumor: Obeying God, I Saw God’s Deeds
Her husband had a brain tumor and was likely to be paralyzed. How did she rely on God so that her husband was healed of a brain tumor? Read to learn her story.

Christian Video "God Bless" - How to Get God's Protection in the Disasters of the Last Days
"God Bless" Introduction People often say that "Storms gather without warning and misfortune befalls men overnight." In our present age of rapidly exp…