When it comes to God’s grace, many of the Lord’s brothers and sisters will think of these: Their families are safe from disaster, their spouses work smoothly with a high salary, their children are obedient, sensible, and successful in their studies, and they are living a peaceful and harmonious family life. They think these are God’s grace. In the beginning, I also thought like this. Later, through studying the Bible I came to know that God’s grace is far more than these, and the greatest grace bestowed upon us humans by God is His word. As long as we follow His word and act according to His demands in everything, we will receive greater blessings from God. 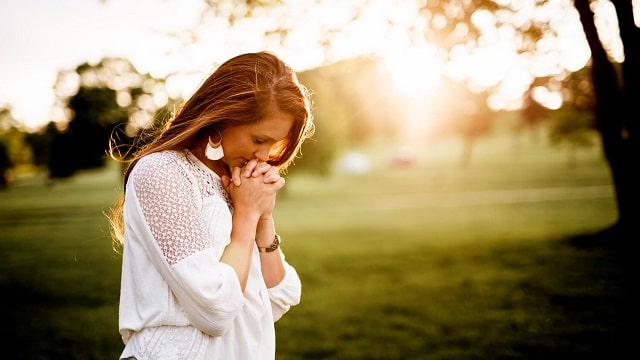 First of all, let’s read Noah’s story recorded in the Bible. It tells us that the people in Noah’s day didn’t revere God. They stopped at no evil, such as theft, robbery, murder, raping, looting, and so on, which was unbearable for God to witness. Therefore, God intended to destroy the evil mankind with a flood. Nevertheless, before destroying mankind, He still had mercy on them and hoped that they would confess their sins and repent so that they could survive. So, God commanded Noah to make an ark, and told him that He would flood the world. Noah listened to God’s words and did as God instructed. During the time when he was building the ark, he continually passed on God’s will to people that God would destroy the world with a flood, but no one believed his words and turned back and truly repented to God. In the end, on the day that the ark was finished, the flood came. Apart from Noah’s family of eight embarking upon the ark, all of mankind drowned. From this, we can see that Noah listened to God’s word and acted according to God’s word so that he received God’s grace and blessings, surviving the catastrophic disaster; others didn’t listen to God’s word so that they lost God’s grace, losing their lives.

The Bible also states the stories of many other ancient saints and prophets who obeyed God’s word and gained God’s grace and blessings, such as Daniel, Abraham, and so on. Here I won’t list out them one by one. From the experiences of Noah and Peter, we realize that when we practice God’s word and act according to His demands we will be able to receive God’s greater grace and blessings, surviving the disaster or entering into the kingdom of heaven and gaining eternal life. This is far more valuable and meaningful than receiving some material blessings. God’s word is just the lamp to our feet and the light to our path, and is the truth, the way, and the life.

Revelation chapter 2, verse 7 says: “He that has an ear, let him hear what the Spirit says to the churches; To him that overcomes will I give to eat of the tree of life, which is in the middle of the paradise of God.” Clearly, God will return in the last days to speak to and lead all mankind. Only if we carefully listen to God’s word can we receive the greatest grace and blessings bestowed on us humans by God.

» Click here to watch this short video and see how they recognize the Lord’s voice when He knocks at the door.

3 Ways on How to Get Closer to God

4 Tips on How to Have a Close Relationship With God

How Should Christians Act to Receive God’s Blessings?
As Christians, every one of us wants to be blessed by God. Then, how should we act to receive God’s blessings? Perhaps, we can gain inspiration from the deeds of Noah and Abraham.