Editor's Note: In our life, we always encounter many trials and hardships. In pain, we often feel perplexed and even misunderstand and complain against God. However, why does God test us? What are God’s good intentions behind this? As Christians, how can we pass tests of God and gain His praise? 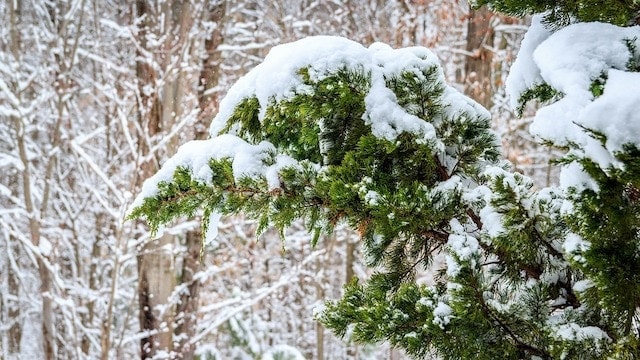 A story provoked my thoughts.

Then the superintendent picked up the box and told him the truth: They wanted to test him in this way and see if he was up to this job. But in the end, he failed and lost this job.

After reading the story, I felt very touched: The cause of the young man’s failure was not his lack of physical strength, but his disobedience. And furthermore, he did not understand what was required of an offshoreman, nor was he aware that they were testing him in that manner. All of these reasons caused him to mistakenly think that they were teasing him on purpose. As a result, he didn’t pass the test. If he had calmed down and thought over why they asked him to do that, maybe in the end he could get the job.

To pass tests requires us to have an obedient heart.

It occurred to me that there are different trials, both big and small, that will befall us during the time we follow God. And because we do not know God’s work and His will, we always misunderstand God and complain to Him, losing so many chances to learn lessons. Then I recalled a passage of word that I once read in a book: “It can be said that whenever you encounter things that do not fit with your notions and require that you put yourself aside, these are your trials. Prior to God’s will being revealed, there is a rigorous test for every man, an immense trial for everyone—can you see this matter clearly? When God wants to try men, He always lets them make their choices before the truth of the facts has been revealed. This is to say that when God is trying you, He will never tell you the truth, and that is how men may be exposed. This is one way that God carries out His work, to see whether you understand the God of today, and to see whether you possess any reality” (“Only Putting the Truth Into Practice Is Having Reality”). Pondering over these words, I understood: While following God, we will encounter different trials. When God tries us, He usually does not tell us in advance the truth of the facts, nor does He reveal His will to us. During this process, God looks at our attitudes, and at whether or not we have the reality of obedience to His work. If we can obey all kinds of environments which God arranges and do as God demands, then we will gain His approval in the end.

At that time, I thought back to the story of Jehovah God testing Job. Job’s great fortune and his flocks and herds which God bestowed on him were all seized by robbers in just one day. In face of this, Job not only did not complain to God, but said, “Jehovah gave, and Jehovah has taken away; blessed be the name of Jehovah” (Job 1:21). Later, Satan tempted him again, which caused his body to be covered with sore boils. However, he still did not speak a single word of complaint about God, but continued to hold firm to his integrity. Job’s absolute obedience made Satan thoroughly ashamed, and moreover allowed God to be glorified. When the test reached its limit, Job stood witness and passed the test successfully. In the end, what he gained was blessings that nobody else could enjoy: God appeared to him, spoke to him, and double His blessings upon him, and his faith was approved by God. I also thought of the story of the Lord’s disciple Peter and that of Abraham. Last time Peter was arrested and then escaped from prison, the Lord Jesus appeared to him and made him understand that God’s will was that he could obey God’s arrangements and bear beautiful witness to God. Though Peter’s flesh was weak, he chose to satisfy God, obeying God’s command and going back to prison. In the end, he endured great pain to be crucified upside down, having a beautiful bearing of the witness of obedience unto death and supreme love for God. Peter’s love for God was approved by God. Abraham had a son when he was one hundred years old. God tested him and required him to offer his only son as a sacrifice. Though there was great pain in his heart, he still obeyed God unconditionally and offered his beloved son to God. The moment he lifted his knife, he had passed God’s test. This action made God see what was in his heart. In the end, God not only did not let Abraham sacrifice Isaac, but blessed his descendants for a thousand generations, and Abraham was called the father of faith. From God’s work, we can see that what God really wanted was not Abraham’s only son Isaac but his unconditional obedience. Just as the following words say: “Although, in different contexts, God uses different ways of testing each person, in Abraham God saw what He wanted, He saw that Abraham’s heart was true, and that his obedience was unconditional, and it was precisely this ‘unconditional’ that God desired” (“God’s Work, God’s Disposition, and God Himself II”). From these examples, it can be seen that God does not approve of someone’s love and faith for Him without reason—there is a basis for His doing so. If He wishes to perfect a person, He will give him trials and arrange environments to test his faith and obedience to Him. Job, Peter, and Abraham were all tested and proved to be ones who were obedient to God, ones who feared God and shunned evil, and to be true believers in God. Therefore, they were blessed by God and received His promise. From these, we can see that in God’s work of saving and perfecting man, externally a lot of things which God does do not conform to our notions, but in fact God uses them to test us. And within these things they contain God’s good intentions and His painstaking care and thought.

To pass ordeals requires us to understand God’s will.

As we all know, the cooperation and superior physical strength are required of offshoremen, so that’s why they tested the young man in that way. Similarly, when God tests us, He mainly arranges all kinds of environments to see whether or not we can obey Him. So no matter whether or not we know God’s will and no matter whether or not what God does conforms to our notions and imaginations, we should not speak any kind of reason but should obey Him unconditionally. Only in this way can we gain God’s approval. Just like these words say: “The management of God is in order to gain a group of people who worship God and submit to Him” (“Man Can Only Be Saved Amidst the Management of God”). We often encounter the test of trials in real life. Some people encounter trials of sicknesses. Some people encounter trials of family disharmony. Some people encounter trials whereby their work does not go smoothly. And so on. When we encounter things which do not conform to our notions and imaginations, whether we complain and end up in failure like the young man, or stand witness in trials and gain God’s approval, this depends on our own choices. When encountering trials, due to not knowing God’s will, many people do not obey God, and instead speculate about God and doubt His love for us. In fact, behind each environment God arranges, there are His intentions and expectations of us. Job lost everything, but his faith was made perfect; Abraham endured great pain to offer his only son to God, so ultimately he gained God’s blessings for his descendants. If we can understand God’s painstaking care and thought, and during various trials, we can pay attention to seeking God’s will and learn to obey Him, then we will also gradually become the ones who are after God’s heart, and we will achieve unexpected results as well.

If you know the test befalling you is actually a blessing and a gift, will you still try to resist it? Do you remember the verse says: “For our light affliction, which is but for a moment, works for us a far more exceeding and eternal weight of glory” (2 Corinthians 4:17)? I believe that when we truly know the meaning of this sentence, we will suddenly see the light and be filled with gratitude toward God for each environment He arranges for us.

» Is this article helpful? Further reading about Sermons on why God test us:

• How to Possess the Same Rationality as Job in Trails

• As Christians, How Can We Face Trials From God Audaciously and Calmly?

Bible Study Topics Sermons on Trials and Tribulations
Previous Growing Experience, the Wonderful Ordination of the Creator
Next Significance of God Setting Laws of Living for All Things

Zheng Xun: Brothers and sisters, I’m reading the Book of Job when practicing spiritual devotions lately. Whenever I see that God praised Job as a rig…

It's written in the Book of James 1:2-4, “My brothers, count it all joy when you fall into divers temptations; Knowing this, that the trying of your f…

As Christians, none of us are strangers to trials. So what approach should we Christians take to the trials God sets for us? And when trials befall us, what is God’s will?

In the Age of Grace, God was incarnated to do His work and save mankind. What is the significance of the incarnation? Do you know? The fellowship in this article will bring you new light.