After Liang Zhi believed in God, he consistently sought with enthusiasm, and threw himself into fulfilling his duties. After a number of years, he was elected as a church leader. During the time that he performed his duties as a church leader, he realized that some of the brothers and sisters were more competent than he, which made him unhappy to the extent that he was jealous of them. In order to save face and protect his status, he secretly competed with them to see who was better, and he scrambled for fame and status. Fame and status seemed like invisible shackles binding him tightly, tying him down, leading him to do things in violation of the truth and rebelling against God. Because the carrying out of his duties was only for the sake of fame and status, and not in pursuit of the truth, the result was that he lost the work of the Holy Spirit. He could not do practical work, and was removed from his leadership duties and replaced. He suffered acutely as a result, and came before God to reflect on himself. After undergoing the judgment and chastisement of God’s words, he came to realize that pursuit of fame and status was entirely brought about by his satanic disposition of arrogance and conceit, and worshiping power and influence and status. He grasped that the essence of seeking fame and status was following the path of the antichrist. If he did not repent and mend his ways throughout, the final outcome was that he was destined to sink into oblivion. At the same time he saw clearly that faith in God required walking on the road of pursuit of the truth and carrying out his duties with devotion. After that, in fulfilling his duties he attached importance to pursuit of the truth and practicing the truth. Whenever the corrupt disposition of scrambling for fame and status slipped out, he then prayed to God seeking the truth and, accepting the judgment and chastisement of God’s words, according to the word of God he practiced forsaking the flesh, and set in order his intention to fulfill his own duty. Regardless of whether or not he had status, he was able most steadfastly to carry out his duties. Gradually he threw off the shackles of status that bound him and he no longer pursued fame and status, having walked on to the correct path of human life of seeking the truth and receiving salvation.

"God's Salvation" – Live in the Light of God

Our Church Life Is So Lovely (Praise Dance) 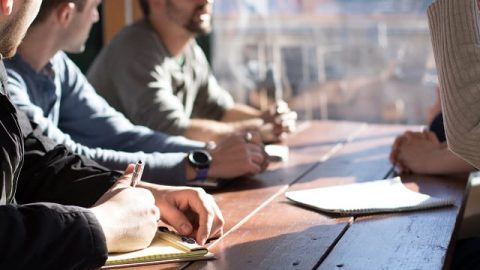 "Blessed Are the Poor in Spirit" – Seek and You Will Find
Cho Yeonghan is a pastor of a church in South Korea. He served the Lord enthusiastically for decades and earned the deep respect of his fellow believers. In recent years, his church became more desolate day by day. Evil deeds were more and more common, and even he often found himself mired in sin. As a result, he was extremely miserable and felt very confused. …

Gospel Movie "Knocking at the Door": How to Welcome the Return of the Lord
"Behold, I stand at the door, and knock: if any man hear my voice, and open the door, I will come in to him, and will sup with him, and he with me" (Revelation 3:20).