When humanity was filled with filth, disobeyed to an extent,
God had to destroy them due to His principles and essence.
God despised man, for they opposed Him.
But when He destroyed them,
His heart was still unchanged, His mercy still remained.

God pitied mankind, wanting to redeem in various ways.
But refusing God’s salvation, man continued to disobey.
No matter how God called and warned, how He supplied and helped,
man did not understand, man did not appreciate.

Most people also watch: Gospel Song Video – Thanks and Praise to Almighty God

Gospel Choir Music “Kingdom Anthem: The Kingdom Descends Upon the World”: The Promise of God Has Been Realized

The Incarnate God Leads Mankind Into a New Era 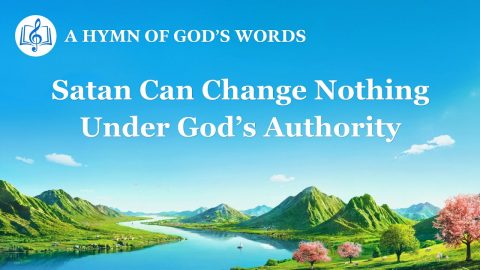 Gospel Song "People Better Know God Through the Work of Words"
"God of the last days mainly uses the word to perfect man, not signs and wonders to oppress or convince him, since these can’t explain God’s power."

Gospel Song 2018 "All Things Are in God's Hand"
"... everyone can see everything in the universe is determined by God. What is not in the hands of God? Anything that God says will be done."