What does it mean to be overthrown? In colloquial terms, it means to disappear. But in what way? Who could make an entire city overthrown? It is impossible for man to perform such an act, of course. These people were no fools; as soon as they heard this proclamation, they caught the idea. They knew that it had come from God; they knew that God was going to perform His work; they knew that their wickedness had enraged Jehovah God and brought His anger down upon them, so that they would soon be destroyed along with their city. How did the people of the city behave after listening to Jehovah God’s warning? The Bible describes in specific detail how these people reacted, from their king to the common man. As recorded in the Scriptures: “So the people of Nineveh believed God, and proclaimed a fast, and put on sackcloth, from the greatest of them even to the least of them. For word came to the king of Nineveh, and he arose from his throne, and he laid his robe from him, and covered him with sackcloth, and sat in ashes. And he caused it to be proclaimed and published through Nineveh by the decree of the king and his nobles, saying, Let neither man nor beast, herd nor flock, taste any thing: let them not feed, nor drink water: But let man and beast be covered with sackcloth, and cry mightily to God: yes, let them turn every one from his evil way, and from the violence that is in their hands. …”

After hearing Jehovah God’s proclamation, the people of Nineveh displayed an attitude utterly opposite to that of the people of Sodom—the people of Sodom openly opposed God, proceeding from evil to evil, but after hearing these words, the Ninevites did not ignore the matter, nor did they resist; instead they believed God and declared a fast. What does “believed” refer to here? The word itself suggests faith and submission. If we use the Ninevites’ actual behavior to explain this word, it means that they believed God could and would do as He said, and that they were willing to repent. Did the people of Nineveh feel fear in the face of imminent disaster? It was their belief that put fear in their hearts. Well, what can we use to prove the Ninevites’ belief and fear? It is as the Bible says: “and they proclaimed a fast, and put on sackcloth, from the greatest of them even to the least of them.” This is to say that the Ninevites truly believed, and that from this belief came fear, which then led to fasting and the donning of sackcloth. This is how they showed the beginning of their repentance. In utter contrast to the people of Sodom, not only did the Ninevites not oppose God, they also clearly showed their repentance through their behavior and actions. Of course, this did not only apply to the common people of Nineveh; their king was no exception. 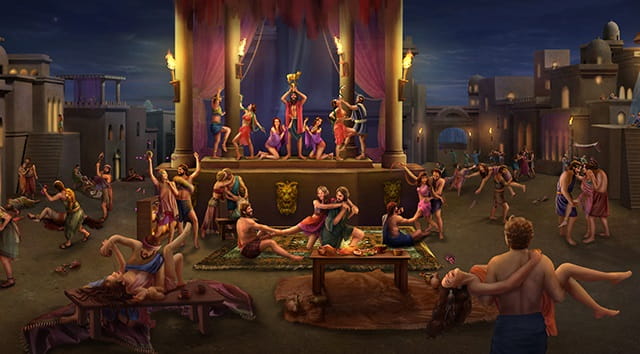 The Creator’s Sincere Feelings Toward Mankind

If Your Belief in God Is True, You Will Receive His Care Often
God’s changing of His intentions toward the people of Nineveh involved no hesitation or ambiguity. Rather, it was a transformation from pure anger to pure tolerance.

Sodom Is Laid to Waste for Offending God’s Wrath
When the people of Sodom saw these two servants, they did not ask their reason for coming, nor did anyone ask whether they had come to spread God’s wi…

The Creator’s Righteous Disposition Is Real and Vivid
When God changed His heart for the people of Nineveh, were His mercy and tolerance a false front? Of course not! Then what does the transformation bet…