1And they came over to the other side of the sea, into the country of the Gadarenes. 2And when he was come out of the ship, immediately there met him out of the tombs a man with an unclean spirit, 3Who had his dwelling among the tombs; and no man could bind him, no, not with chains: 4Because that he had been often bound with fetters and chains, and the chains had been plucked asunder by him, and the fetters broken in pieces: neither could any man tame him. 5And always, night and day, he was in the mountains, and in the tombs, crying, and cutting himself with stones. 6But when he saw Jesus afar off, he ran and worshipped him, 7And cried with a loud voice, and said, What have I to do with you, Jesus, you Son of the most high God? I adjure you by God, that you torment me not. 8For he said to him, Come out of the man, you unclean spirit. 9And he asked him, What is your name? And he answered, saying, My name is Legion: for we are many. 10And he sought him much that he would not send them away out of the country. 11Now there was there near to the mountains a great herd of swine feeding. 12And all the devils sought him, saying, Send us into the swine, that we may enter into them. 13And immediately Jesus gave them leave. And the unclean spirits went out, and entered into the swine: and the herd ran violently down a steep place into the sea, (they were about two thousand;) and were choked in the sea.

14And they that fed the swine fled, and told it in the city, and in the country. And they went out to see what it was that was done. 15And they come to Jesus, and see him that was possessed with the devil, and had the legion, sitting, and clothed, and in his right mind: and they were afraid. 16And they that saw it told them how it befell to him that was possessed with the devil, and also concerning the swine. 17And they began to prayhim to depart out of their coasts. 18And when he was come into the ship, he that had been possessed with the devil prayed him that he might be with him. 19However, Jesus suffered him not, but said to him, Go home to your friends, and tell them how great things the Lord has done for you, and has had compassion on you. 20And he departed, and began to publish in Decapolis how great things Jesus had done for him: and all men did marvel. 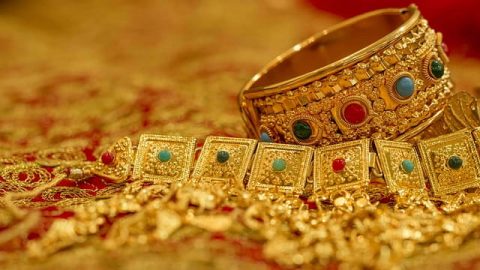 The Faith of the Canaanite Woman – Bible Story 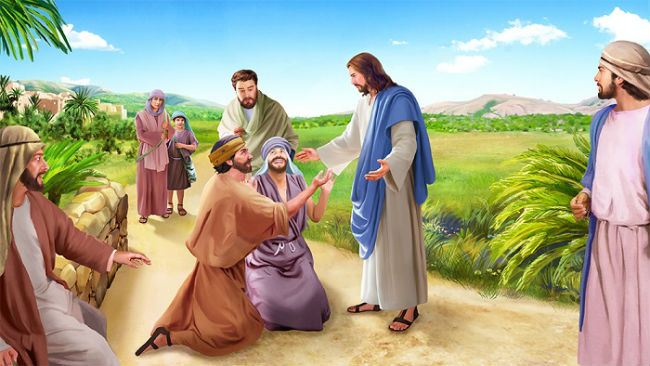 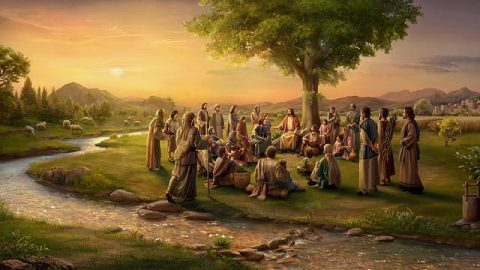 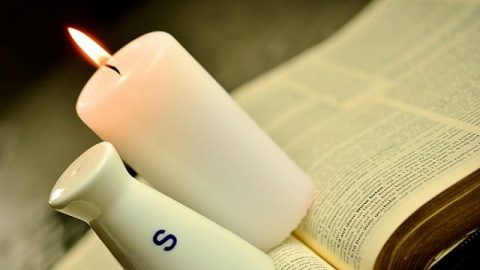 Bible Story - Salt and Light
Salt and Light | You are the salt of the earth: but if the salt have lost his flavor, with which shall it be salted? it is thereafter good for nothing, but to be cast out, and to be trodden under foot of men.

The Woman at the Well – Jesus: a Kingdom Without Frontiers