From the outside, it appears that the steps of God’s current work have already ended, and man has already experienced the judgment, chastisement, smiting, and refinement of God’s words, and undergone such steps as the trial of the service-doers, the refinement of the time of chastisement, the trial of death, the trial of the foils, and love for God. Yet despite suffering great hardship during each step, people remain ignorant of God’s will. Consider the trial of the service-doers, for example: They are still unclear about what they gained, what they came to know, and the effect that God wished to achieve. Looking at the speed of God’s work, man appears utterly incapable of keeping up with today’s speed. It can be seen that God first reveals these steps of His work to man, and that instead of necessarily achieving a level that is imaginable to man in any of the steps, He is casting light on an issue. For God to perfect someone so that they can truly be gained by Him, He must carry out all of the steps above. The goal of doing this work is to show what steps God must carry out to perfect a group of people. Thus, looking from the outside, the steps of God’s work have been completed—but in essence, He has only just officially begun perfecting mankind. People should be clear about this: It is the steps of His work that have been completed, but the work itself has not come to an end. Yet in their notions, people believe that the steps of God’s work have all been revealed to man, and so there can be no doubt that God’s work has ended. This way of seeing things is totally wrong. God’s work runs contrary to the notions of man and strikes back at such notions in every regard; the steps of God’s work, especially, are at odds with the notions of man. All of this demonstrates the wisdom of God. It can be seen that man’s notions cause disruption at every turn, and God strikes back at everything man imagines, which becomes evident during actual experiences. Everyone thinks that God works too quickly, and that God’s work comes to an end before they know it, before they have gained any understanding and while they still remain in a state of confusion. That is how it is with every step of His work. Most people believe that God is toying with people—but that is not the intention of His work. His method of working is one of rumination: first like quickly glancing at flowers while galloping along on horseback, then going into the details, and after that fully refining these details—which catches people by surprise. People try to fool God, thinking that if they can just get by until they reach a certain point, God will be satisfied. In reality, how could God possibly be satisfied by man’s attempts at getting by? To achieve the optimal effect, God works by taking people by surprise, by striking while they are unaware; this gives them a greater knowledge of His wisdom, and a greater understanding of His righteousness, majesty, and unoffendable disposition.

Today, God has officially begun the perfection of man. To be made perfect, people must undergo the revelation, judgment, and chastisement of His words, they must experience the trials and refinement of His words (such as the trial of the service-doers), and they must be able to withstand the trial of death. What this means is that amidst the judgment, chastisement, and trials of God, those who truly abide by God’s will are able to praise God from deep within their hearts, and to utterly obey God and forsake themselves, thus loving God with a heart that is sincere, undivided, and pure; such is a perfect person, and it is precisely the work that God intends to do, and the work that He shall accomplish. People should not jump to conclusions about the method by which God works. They should only pursue entry into life. This is fundamental. Do not constantly scrutinize the method of God’s work; this will only hinder your future prospects. How much have you seen of the method by which God works? How obedient have you been? How much have you gained from each method of His work? Are you willing to be made perfect by God? Do you wish to become perfect? These are all things you should clearly understand and enter into.

» Read more on our Christian Devotionals page about Word of God , or in the recommended articles below:

The Savior Has Already Returned Upon a “White Cloud” 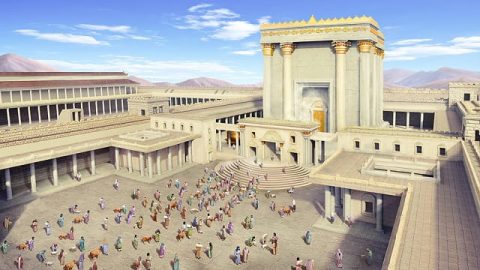 Is the Work of God So Simple As Man Imagines?

The Two Incarnations Complete the Significance of the Incarnation
Each stage of work done by God has its own practical significance. Back then, when Jesus came, He was male, and when God comes this time, He is female…

How to Enter Into a Proper State
The more people accept the words of God, the more enlightened they are, and the more they hunger and thirst in their pursuit of knowing God. Only thos…