I recalled when the Lord Jesus came to do His work, the Israelites of that time had been eagerly waiting for the Messiah’s coming according to the prophecies of the Old Testament. They saw the prophecies in the Bible, “For to us a child is born, to us a son is given: and the government shall be on His shoulder: and His name shall be called Wonderful, Counselor, The mighty God, The everlasting Father, The Prince of Peace. Of the increase of His government and peace there shall be no end, on the throne of David, and on His kingdom, to order it, and to establish it with judgment and with justice from now on even for ever. The zeal of Jehovah of hosts will perform this” (Isaiah 9: 6–7). “But you, Bethlehem Ephratah, though you be little among the thousands of Judah, yet out of you shall he come forth to me that is to be ruler in Israel; whose goings forth have been from of old, from everlasting” (Micah 5:2). According to the letters of the prophecies in the Bible, and their imaginations and inferences concerning the coming of the Messiah, they defined that the Lord’s name was Messiah when He came and He would definitely be born in the imperial palace, looking majestic, imposing and extraordinary. And He would come to lead them to break away from the rule of the Roman government as the king of Israel, like David.

But in fact, God did not fulfill these prophecies according to their imaginations. When the Lord came, His name was not Messiah, but Jesus; He was not born in the imperial palace, but in a manger; He didn’t have high status, but was hunted by King Herod; Jesus’ appearance was not as imposing and extraordinary as they imagined, but was very ordinary and normal.

What’s more, the Lord Jesus’ work even countered their conceptions. He did not deliver them from the rule of Roman government just like they had imagined. On the contrary, the Lord asked people to confess and repent their sins, and taught people to have forbearance and patience, love their enemies and forgive others seventy times seven times. Not only did He not work in the temple, but gone out of the temple; and not only did He not keep the Sabbath, but healed the sick and cast out the demons on the Sabbath, and even His disciples plucked the ears of corn and ate when they were hungry. … The fulfillment of the prophecies did not accord with the Israelites’ imagination at all. The work of the Lord Jesus had never been done in the Age of Law. He brought a new stage of work on the basis of the Age of Law. 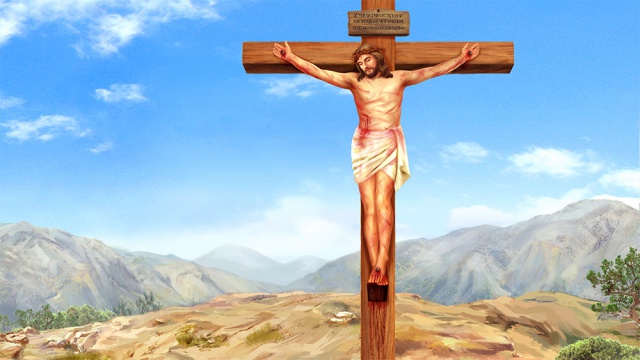 Actually, the Lord Jesus expressed many truths at that time and performed many signs and wonders, which completely manifested God’s sovereignty and power. But the Pharisees of that time didn’t seek God’s will for these works were not in accordance with their conceptions and imaginations. They tried to find all kinds of accusations against the Lord Jesus. At last, they nailed the Lord Jesus to the cross alive, committing a heinous crime, and the nation was subjected to unprecedented destruction.

The bloody facts told us that the Pharisees had been expecting the Messiah’s coming eagerly, but they rejected and resisted the Messiah’s coming. They were full of fancies, conceptions and imaginations about Messiah, stubbornly held on the literal meaning of the prophecies of the Bible to define God’s work in accordance with their imaginations. Therefore, they did all in their power to resist and condemn the Lord Jesus because His work was not in line with their conceptions and illusions as the prophecies were fulfilled. They were ruined by their foolishness and ignorance and became the one who opposed God. In the end, they were expelled and abandoned by God. Yet those who could let go of their own conceptions and imaginations, focus on seeking and investigating the work of the Lord Jesus and His words and firmly believed the Lord Jesus is the coming Messiah could abandon everything to follow the Lord Jesus. And in the end, they received the Lord’s praise.

The Bible says, “O the depth of the riches both of the wisdom and knowledge of God! how unsearchable are his judgments, and his ways past finding out! For who has known the mind of the Lord? or who has been his counselor?” (Romans 11: 33-34). God is the Creator, and we are created beings, are dust on earth. We can never comprehend God’s wisdom, almightiness and wonderfulness. There are God’s wonderfulness, wisdom and also mysteries in prophecies. We can’t fathom how prophecies are fulfilled. How can we infer God’s work as God’s counselor? 2 Corinthians 3:6 also says, “for the letter kills, but the spirit gives life.” From these verses and the fact of the Pharisees’ failure, we can see the fulfillment of the prophecies is not as easy as we imagine, much less will they be fulfilled according to the words in the Bible. In fact, the Lord Jesus’s coming had already fulfilled the prophecies. It is just that it was not according to man’s imaginations and conceptions. The Lord was born of a virgin, Mary in Bethlehem and hunted by King Herod…. All of these can prove the fulfillment of prophecies. However, the Pharisees used their thinking and imagination, the literal meaning of the scriptures and inferences to welcome the Messiah, which doomed they would never see the Messiah’s coming.

Now is the last days, then how should we treat the prophecies of the Lord’s coming? How should we face the Lord if His return is not what we expect and imagine? This is worthy of our consideration.

Most people also read: Christian Forum: Is God in the Image of a Jew?

Previous Seeking What “the Book” in Revelation Refers to
Next What Does “Midnight” in the Lord’s Prophecy Refer To?

What Does “Midnight” in the Lord’s Prophecy Refer To?

One summer evening, the weather was sweltering. People sat at the benches in the park to enjoy the cool air under the trees. Lisa was strolling in the park alone, she raised her head and looked up at the sky for a while, and then looked down to think, with a face full of worry. […]

By Qianhe Prophecies are about things that haven’t happened yet, that God has already told us about. Some of them are signs that He gave to prophets so that they would write about them, such as in the books of Isaiah and Daniel. Some of them were told to people directly by God in the […]