I think all of the brothers and sisters in the Lord know that after the Lord Jesus was crucified and then resurrected from death, He appeared to His disciples many times, and that He told the disciples that although He resurrected in spiritual body and was able to walk through the wall, His substance had never changed: He was still the Lord who loved them. But have brothers and sisters ever thought about God’s will behind the Lord appearing to His disciples many times after His resurrection? 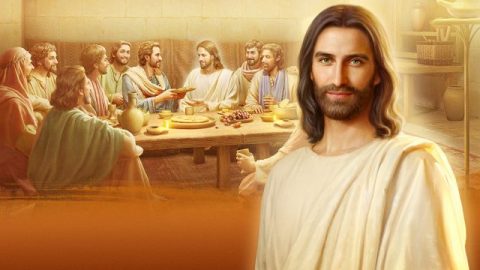 God’s words say: “The first thing that the Lord Jesus did after His resurrection was to allow everyone to see Him, to confirm that He exists, and to confirm the fact of His resurrection. In addition, this action restored His relationship with the people back to the way it was when He was working in the flesh, when He was the Christ whom they could see and touch. One outcome of this is that the people had no doubt whatever that the Lord Jesus had been resurrected from death after being nailed to the cross, and they also had no doubt in the Lord Jesus’ work to redeem mankind. Another outcome is that the fact of the Lord Jesus appearing to people after His resurrection and allowing people to see and touch Him firmly secured mankind in the Age of Grace, ensuring that, from this time on, people would not return to the previous Age of Law on the supposed basis that the Lord Jesus had ‘disappeared’ or that He had ‘left without a word.’ He thus ensured that they would continue to move forward, following the Lord Jesus’ teachings and the work He had done. Thus, a new phase in the work in the Age of Grace was formally opened, and from that moment on, the people who had been living under the law formally emerged from the law and entered into a new era, a new beginning. These are the multi-faceted meanings of the Lord Jesus’ appearance to mankind after the resurrection.” “This brief reunion made the people who saw the Lord Jesus feel as if a lifetime had passed. Their lost, confused, afraid, anxious, yearning and numb hearts found comfort. They were no longer doubtful or disappointed, because they felt that now there was hope and something to rely on. The Son of man then standing before them would be their rear guard for all time; He would be their strong tower, their refuge for all eternity.”

From these two passages of words, we can see that the Lord Jesus knew His disciples best, and even more knew their weaknesses. When they personally saw the Lord Jesus arrested and then crucified, most of them lost their faith in the Lord and lived in weakness and pain. If the Lord had not appeared to or spoken to them after His resurrection, they would have returned to the Age of Law and lived a life of following rules and rituals again. If so, the Lord Jesus’ work of redemption would have been meaningless. Therefore, for the sake of strengthening the disciples’ faith, thoroughly guiding them out of negativity, loss and confusion, so that they could follow Him without hesitation, accept His salvation and enter into the new age—the Age of Grace, and for the sake of letting them enjoy His bountiful grace, and live under His care and protection and survive, the Lord Jesus timely appeared to His disciples after His resurrection. Through this action, the Lord wanted to communicate to His disciples that He is the truth, the way, and the life, and that His work of redeeming mankind had been successfully accomplished, and so they needn’t doubt, but should resolutely follow Him in their future path.

In addition, the Lord Jesus deeply knew that at that time Judaism was full of conceptions toward His work and suppressed and resisted His work, and that the Roman government had been persecuting and arresting His disciples. Under such circumstances, it was not a simple matter to spread the gospel of the kingdom of heaven to the ends of the earth so that more people could obtain the Lord Jesus’ salvation. Just as the Lord Jesus said: “Then shall they deliver you up to be afflicted, and shall kill you: and you shall be hated of all nations for my name’s sake. And then shall many be offended, and shall betray one another, and shall hate one another. And many false prophets shall rise, and shall deceive many. And because iniquity shall abound, the love of many shall wax cold. But he that shall endure to the end, the same shall be saved. And this gospel of the kingdom shall be preached in all the world for a witness to all nations; and then shall the end come” (Matthew 24:9-14).

From this, we can see that when the disciples followed the Lord and spread the Lord’s gospel, they faced all sorts of hardships and obstacles, and even faced the danger of being martyred for the Lord at any time, in which environment they needed to have enough faith and the will to suffer. Therefore, after the Lord Jesus resurrected, He appeared to His disciples and told them that the work He did is the work of God Himself, which could not be hindered by any evil force. Although He experienced the suffering of death, He succeeded in accomplishing the work of mankind’s redemption, overcame the bondage of death, and completed the will of God the Father. To all the followers of the Lord Jesus, undoubtedly, His resurrection was the greatest encouragement to them; moreover, His appearance even more so increased the faith of the disciples, and laid the steady foundation for spreading His gospel from that time on.

Now that we know the reason for the Lord Jesus’ appearing to His disciples many times after His resurrection, we can see that God’s will is always hidden within matters. Behind whatever God does is imbued His boundless wisdom, and His earnest intentions for mankind. Even though much of the time we cannot understand them, as long as we have a humble and seeking heart, God will surely lead us to know Him and His work.

The Resurrection of Jesus Christ
Previous What Is the Moral of the Parable of New Cloth on an Old Coat?
Next Jesus Eats Bread and Explains the Scriptures After His Resurrection

With a Bible in his hands, the preacher Liu Qing said, “Brothers and sisters, let’s read the parable of the lost sheep.” They all nodded and began to read. “How think you? if a man have an hundred sheep, and one of them be gone astray, does he not leave the ninety and nine, and […]

What We Learn From Jesus Working on the Sabbath

After one meeting, on the way back home I saw the golden ears of corn looked extremely brilliant in the sun and people were busy working in the corn fields. Then I couldn’t help but think of one verse: “Jesus went on the sabbath day through the corn; and his disciples were an hungered, and […]