What Is the Gospel? How Can We Gain the Eternal Gospel?

Gospel is like good news for us. In the beginning of the Old Testament Age of Law, God personally called Moses and used him to convey 613 commandments to the Israelites to guide them. For the Israelites, these laws were good news bestowed upon them by God, which meant that God’s gospel came to them. This indicates that Jehovah God personally led and vividly appeared amongst them. Jehovah God said, “And showing mercy to thousands of them that love me and keep my commandments” (Deuteronomy 5:10). Hence, as long as the Israelites revered Jehovah, abided by His laws and didn’t depart from His gospel, they would be blessed by Him generation after generation. 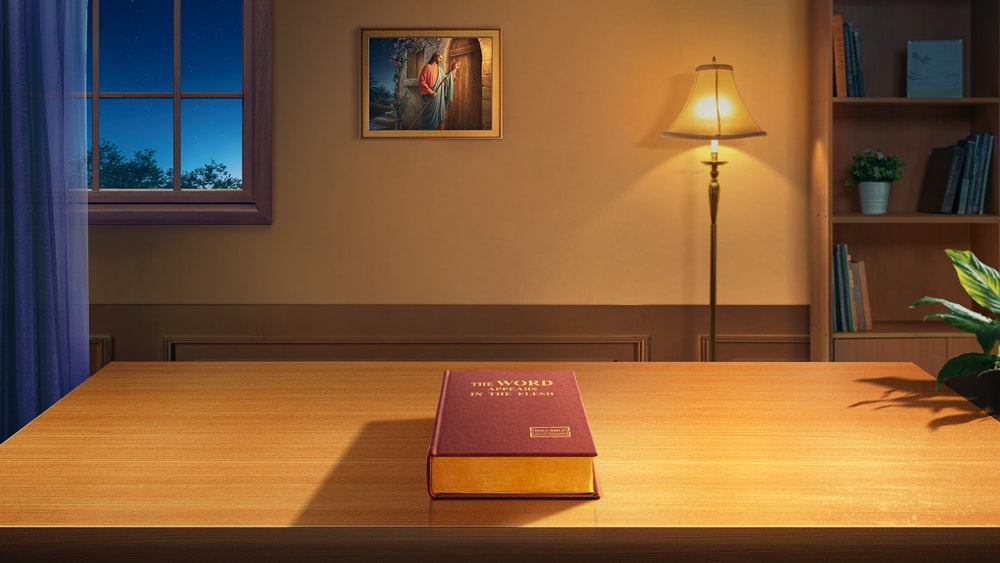 At the end of the Age of Law, since they became more and more corrupt and lost their reverence for God, they were increasingly unable to keep the laws and were sinning more and more, until in the end, Jehovah God’s laws could no longer achieve the desired results in them. Even though there were sin offerings, their sins couldn’t be forgiven because they committed so many sins that there weren’t enough firstborn cattle and sheep without blemish to offer, and so they put lame and blemished offerings on Jehovah’s sacrificial altar. As a result, their sins would grow more numerous and they would die from God’s curses due to His righteous disposition. In this way, the significance of God creating man would have been for nothing. Thereupon, according to corrupt man’s needs and God’s management plan, the Lord Jesus came to earth as the Son of man and ushered in the work of the Age of Grace, which is the gospel of the Lord Jesus Christ.

When the Lord Jesus came into the world, the shepherds in the fields of Bethlehem were the first to hear the good message. God announced the glad tidings to them through an angel: “Fear not: for, behold, I bring you good tidings of great joy, which shall be to all people. For to you is born this day in the city of David a Savior, which is Christ the Lord” (Luke 2:10-11). The Lord Jesus worked for three-and-a-half years. He traveled through the villages of Judea and preached the gospel of the heavenly kingdom to make man repent; in addition, He healed the sick, cast out demons, and performed signs and wonders; He also bestowed bountiful graces upon man, tolerated and forgave man; in the end, He was crucified on the cross for man’s sins and became man’s sin offering, completing the entire work of redeeming man. The Bible says, “For God so loved the world, that he gave his only begotten Son, that whoever believes in him should not perish, but have everlasting life. For God sent not his Son into the world to condemn the world; but that the world through him might be saved” (John 3:16-17). These words are the focus of the gospel in the Age of Grace. So all those who accept the gospel of the Lord Jesus will be forgiven of their sins as long as they believe in and accept Him as the Savior, admit to their sins and repent.

Although our sins have been forgiven, our sinful nature still remains. So while we believe in and follow the Lord, we still often go against the Lord’s teachings, and give in to our fleshly desires to sin, such as striving for fame and seizing advantages, scheming against each other, lying and deceiving, being evil and licentious, and more; we can still follow the trends of the world, seek after status, fame, gain and fortune, and indulge in the joys of sin, living in the state of sinning during the day and confessing our sin at night. We know that God is holy, and that if we always commit sins and don’t achieve purification, we are unable to enter God’s kingdom. The Bible says, “Be you holy; for I am holy” (1 Peter 1:16), “And holiness, without which no man shall see the Lord” (Hebrews 12:14). God says, “For you, you who are still of your old self, it is true that you were saved by Jesus, and that you are not counted as a sinner because of the salvation of God, but this does not prove that you are not sinful, and are not impure. How can you be saintly if you have not been changed? Within, you are beset by impurity, selfish and mean, yet you still wish to descend with Jesus—you should be so lucky! You have missed a step in your belief in God: You have merely been redeemed, but you have not been changed. For you to be after God’s heart, God must personally do the work of changing and cleansing you; if you are only redeemed, you will be incapable of attaining sanctity. In this way you will be unqualified to share in the good blessings of God, for you have missed out a step in God’s work of managing man, which is the key step of changing and perfecting. You, a sinner who has just been redeemed, are therefore incapable of directly inheriting God’s inheritance.” From these words, we know that, in order to thoroughly save us from sin and cleanse and transform our sinful nature, God will still bring us gospel when He arrives in the last days. Just as the Bible prophesies, “And I saw another angel fly in the middle of heaven, having the everlasting gospel to preach to them that dwell on the earth, and to every nation, and kindred, and tongue, and people, Saying with a loud voice, Fear God, and give glory to him; for the hour of his judgment is come” (Revelation 14:6-7). Here, it mentions, “having the everlasting gospel to preach to them that dwell on the earth” and “for the hour of his judgment is come.” Therefore, we must accept the eternal gospel God has prepared for us in the last days, and accept God’s judgment work so that our corrupt disposition can be cleansed, and so we can finally break free of our sinful nature and enter God’s kingdom. We can see that only those who are able to receive this eternal gospel are the most blessed.

So how can we gain the eternal gospel? The Bible says so clearly, “And at midnight there was a cry made, Behold, the bridegroom comes; go you out to meet him” (Matthew 25:6). “Behold, I stand at the door, and knock: if any man hear My voice, and open the door, I will come in to him, and will sup with him, and he with Me” (Revelation 3:20). “He that has an ear, let him hear what the Spirit says to the churches” (Revelation 2:7). Here, the scriptures tell us a path of accepting the gospel: When the Lord comes, there will be someone to announce the glad tiding. When the Lord Jesus came to perform His work, for example, those who first accepted the gospel of the Lord Jesus spread this gospel everywhere, and then those who heard the gospel went to seek and investigate the way. What’s more, it can be clearly seen from the prophecies that when the Lord returns, He will speak to the churches. So, only those who pay attention to listening to the voice of God will have the opportunity to receive the everlasting gospel. Take Peter for example. When he heard the gospel of the Lord Jesus, he recognized that the Lord Jesus was the coming Messiah from His words. Similarly, in the last days, when we hear someone outside yell “The bridegroom has come back,” we should be wise virgins and go out to actively seek and investigate to see if what they preach is God’s words. Only thus can we receive the everlasting gospel God has prepared for us in the last days.

Click here to watch the full English musical documentary: The One Who Holds Sovereignty Over Everything

Read more on our Gospel Topics page, or in the recommended articles below: 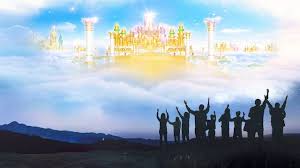 Where Is the Kingdom of God According to the Bible?
Read More

Verses: Genesis 22:2-3, 9-10 “And he said, Take now your son, your only son Isaac, whom you love, and get you into the land of Moriah; and offer him there for a burnt offering on one of the mountains which I will tell you of” (Genesis 22:2). “And Abraham rose up early in the morning, […]

Many people are surly familiar with the story about the Samaritan woman. When drawing water, the Samaritan woman ran into the Lord Jesus who asked her for a drink. In conversation with Jesus, she recognized that He was the coming Messiah in prophecy. As an ordinary woman, she neither had much knowledge of the Scriptures, […]

2 Important Lessons From the Life of Solomon in the Bible

By Mowen The Bible records a king of Israel—Solomon, who was the wisest king throughout the ages. Recently, through reading the story of him, I gained new knowledge of God’s righteous disposition. And I realized that in our belief in God, to understand the truth and better worship God, it is extremely important that we […]

What Does It Mean to Fear God? 4 Points Help You Know It

Speaking of fearing God, all brothers and sisters in the Lord are familiar with it. It’s God’s requirement for us and also the criteria for our receiving God’s salvation and entering the kingdom of heaven. So each of us Christians should seek it. Next, we’ll discuss the expressions of fearing God from the following four […]