Home » More Gospel Topics » Knowing the Bible » What Does “All Scripture Is Given by Inspiration of God” Really Mean?

Outside of the window, dawn was just breaking; the clock on the wall said it was 5 a.m. As usual, Yang Qing opened her eyes—it has become a kind of her routine to wake up at this hour. She looked at her sleeping daughter Su Ya, who had just come back from a trip to hear sermons last night, and then slid out of bed as quietly as possible in order not to wake her. After getting washed, she walked into the study and made a prayer to the Lord, and then she opened the Bible and started reading in a low voice: “All scripture is given by inspiration of God, and is profitable for doctrine, for reproof, for correction, for instruction in righteousness” (2 Timothy 3:16). 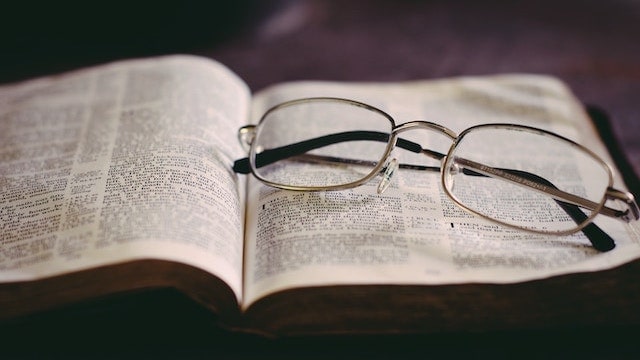 “Mom, are you reading the Bible?” The sound of Su Ya’s voice yanked Yang Qing away from her thoughts.

Yang Qing turned her head toward Su Ya, who was standing behind her, and said smilingly, “Yeah. You went to bed late last night, so I didn’t want to wake you.”

“You love me best, mom,” said Su Ya mischievously.

At this point, it suddenly occurred to Yang Qing that Su Ya had just come back from a trip to hear sermons. “She must have gained a lot from this trip.” At this thought, she told her daughter about her confusion.

Hearing what Yang Qing said, Su Ya grabbed a chair and sat down in front of her, saying with a smile, “Mom, during all our years of believing in the Lord, we often hear the pastors and elders say, ‘All scripture is given by inspiration of God’ (2 Timothy 3:16), and we have no doubt about this viewpoint. We have always believed that everything recorded in the Bible is inspired by God and treated all the words within it as God’s words, thinking that reading the Bible is reading God’s words. When I was out listening to sermons, this issue happened to be discussed. It turns out that this kind of belief of ours is actually wrong.”

“So hurry up and tell me,” Yang Qing said anxiously.

“First we should understand what ‘given by inspiration of God’ really means, and then we will know whether the New and Old Testaments were inspired by God. Mom, do you know that God does not inspire people at random? The Bible, in fact, is not entirely the word of God; it also contains Satan’s words and man’s words. For example, the words Satan spoke to entice Eve into sinning, and the words it said to tempt the Lord Jesus—these are clearly Satan’s words. There are even more man’s words in the Bible which were not given by inspiration of God. For example, the words of Job’s servants, his three friends and his wife as recorded in the Book of Job were not inspired by God, neither were the words that the Pharisees said to condemn the Lord Jesus. Also there are the letters of the apostles in the New Testament, which were written to support and provide for the churches based on their own understanding and will, and they were not the words that God said to them. There are many other examples like this. From this we can see that the Bible is not entirely the word of God or entirely given by inspiration of God. In regard to this aspect, we can consult the Old Testament, because all the words that were inspired by God have distinguishing marks.” As she said this, Su Ya picked up the Bible from the desk. 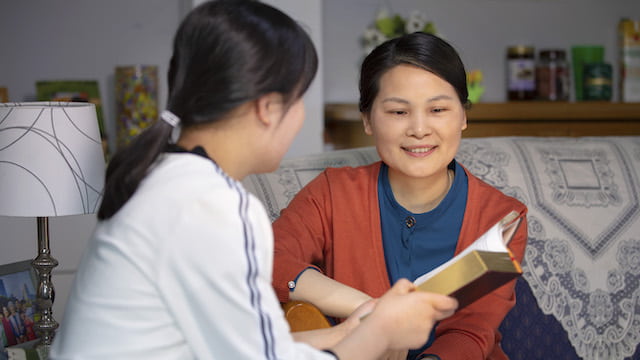 “‘And the burden of Jehovah shall you mention no more: for every man’s word shall be his burden; for you have perverted the words of the living God, of Jehovah of hosts our God’ (Jeremiah 23:36).

“It can be seen from these verses that God’s words are God’s words and man’s words are man’s words. Whether prophets, priests or common people, they couldn’t arbitrarily claim their words as those of Jehovah or as being given by inspiration of Jehovah, and when the prophets conveyed the words inspired by God, they were not allowed to put their own ideas upon them, nor could they misinterpret God’s words. As human beings, we can never fathom God’s words; all we should do is listen to, obey and convey them. If someone brandishes God’s name to speak without being inspired or commanded by God, aren’t they too arrogant? Won’t that make them the archangel that wants to be God?” Su Ya fellowshiped in a reasonable and well-grounded way.

“It seems that without the truth, we are unable to recognize God’s words, and can even treat man’s words and Satan’s words as God’s words—this is too terrifying! We must immediately repent to God! Xiaoya, hurry and tell me which words in the Bible are God’s words,” said Yang Qing eagerly.

Su Ya continued, “Within the Bible, the words spoken by Jehovah God Himself and those said by the Lord Jesus Himself are God’s words. Besides, the prophets’ prophecies in the Old Testament, and the words in the Book of Revelation which record the revelation John received from God as well as the vision he saw at Patmos Island were inspired by God and are God’s words. Anything fallout outside this category cannot be regarded as God’s words. If we are able to distinguish which are God’s words, which are Satan’s words and which are man’s words, then we can approach them differently. As for God’s words, we should read and contemplate them often, which is beneficial for us gaining maturity in life. Besides, if we put more effort into God’s prophecies concerning the Lord’s return in the last days, it will be helpful for us receiving the coming of the Lord Jesus. Of course, there are also the words of some positive characters in the Bible. As to their experiences and understanding which contain the enlightenment of the Holy Spirit such as the faith and obedience of Job and Abraham to God, as well as the letters of the apostles in the New Testament which are in accordance with the truth, we can learn from them, but should never treat them as God’s words. As to the words of the negative characters and Satan, we can learn discernment from them, see clearly how they resisted God and renounce their ways of behaving. In our faith in God, it is crucial for us to listen to God’s words. Back then when the Lord Jesus came to work, those followers of Judaism didn’t welcome the Messiah according to the words of Jehovah God, but instead listened to the chief priests, scribes and Pharisees, and therefore refused to accept the Lord Jesus’ new work, ending up being abandoned by God. Mom, today we mustn’t ignore the Lord’s prophecies in the Bible while blindly worshiping and listening to man’s words as God’s words.”

Yang Qing suddenly had a realization and said, “With this fellowship, now I understand. The statement ‘All scripture is given by inspiration of God’ is Paul’s words. Paul was neither a prophet nor a foreteller, and his words were not God’s words. If we treat these words he said as God’s words and the truth, then we are utterly wrong. Taking the words of man and of Satan in the Bible as those of God is not only a manifestation of having no reverence for God, but also may cause us to lose God’s salvation! Xiaoya, your fellowship also gave me a new understanding. That is, if we want to welcome the Lord’s return, we must put more effort into His prophecies. Only in this way will we not blindly believe what other people say and be abandoned by the Lord.”

Smiling, Su Ya nodded her head and said, “That’s right. Thanks be to the Lord’s guidance. You finally understand.”

At this point, Yang Qing seemed to suddenly think of something, and she continued, “Xiaoya, what you just fellowshiped is very enlightening. It seems that you’ve gained a lot from listening to sermons this time. Tell me more about it after breakfast.”

Outside the window, the sun was slowly rising, pouring down golden sunshine upon the earth. Chatting and laughing, Yang Qing and Su Ya went to make breakfast.

» Recommended Gospel Video About the Bible: Is Everything in the Bible God’s Word? 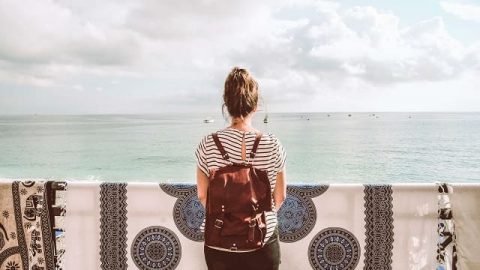 What to Do When You Lose Faith in God in Setbacks
God doesn’t forsake us when He allows us to suffer setbacks or something unpleasant. If we know God’s good intentions, we shall not lose faith in God.

Reflections on the Story of Moses Sending Men to Search the Land of Canaan
On the way to the land of Canaan, Moses sent the heads of the twelve tribes of Israel to spy out the land of Canaan. Seeing the people living there were burly, strong, big, and strapping, except Joshua and Caleb, the other ten were very scared...