1. God Promises to Give Abraham a Son

Gen 17:15–17 And God said to Abraham, As for Sarai your wife, you shall not call her name Sarai, but Sarah shall her name be. And I will bless her, and give you a son also of her: yes, I will bless her, and she shall be a mother of nations; kings of people shall be of her. Then Abraham fell on his face, and laughed, and said in his heart, Shall a child be born to him that is an hundred years old? and shall Sarah, that is ninety years old, bear?

Gen 17:21–22 But My covenant will I establish with Isaac, which Sarah shall bear to you at this set time in the next year. And He left off talking with him, and God went up from Abraham. 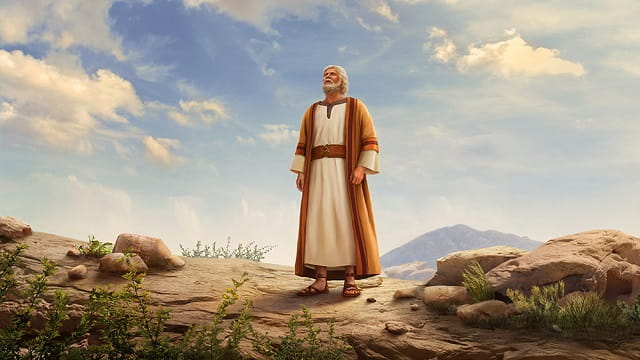 Gen 22:2–3 And He said, Take now your son, your only son Isaac, whom you love, and get you into the land of Moriah; and offer him there for a burnt offering on one of the mountains which I will tell you of. And Abraham rose up early in the morning, and saddled his ass, and took two of his young men with him, and Isaac his son, and split the wood for the burnt offering, and rose up, and went to the place of which God had told him.

Gen 22:9–10 And they came to the place which God had told him of; and Abraham built an altar there, and laid the wood in order, and bound Isaac his son, and laid him on the altar on the wood. And Abraham stretched forth his hand, and took the knife to slay his son.

No One Can Hinder the Work That God Resolves to Do

So, you have all just heard the story of Abraham. He was chosen by God after the flood destroyed the world, his name was Abraham, and when he was a hundred years old and his wife Sarah ninety, God’s promise came to him. What promise did God make to him? God promised that which is referred to in the Scriptures: “And I will bless her, and give you a son also of her.” What was the background to God’s promise to give him a son? The Scriptures provide the following account: “Then Abraham fell on his face, and laughed, and said in his heart, Shall a child be born to him that is an hundred years old? and shall Sarah, that is ninety years old, bear?” In other words, this aged couple was too old to bear children. And what did Abraham do after God made His promise to him? He fell on his face laughing, and said to himself, “Shall a child be born to him that is an hundred years old?” Abraham believed that it was impossible—which meant that he believed God’s promise to him was nothing more than a joke. From man’s perspective, this is something unachievable by man, and likewise unachievable by and an impossibility for God. Perhaps, to Abraham, it was laughable: God created man, yet He seems somehow unaware that someone so old is incapable of bearing children; God thinks He can allow me to bear a child, He says that He will give me a son—surely that is impossible! So, Abraham fell on his face and laughed, thinking to himself: Impossible—God is joking with me, this cannot be true! He did not take God’s words seriously. So, in God’s eyes, what kind of a man was Abraham? (Righteous.) Where was it stated that he was a righteous man? You think that all those whom God calls upon are righteous and perfect, that they are all people who walk with God. You abide by doctrine! You must see clearly that when God defines someone, He does not do so arbitrarily. Here, God did not say that Abraham was righteous. In His heart, God has standards for measuring every person. Though God did not say what kind of person Abraham was, in terms of his conduct, what kind of faith did Abraham have in God? Was it a little abstract? Or was he of great faith? No, he was not! His laughter and thoughts showed who he was, so your belief that he was righteous is but a figment of your imagination, it is the blind application of doctrine, and it is an irresponsible appraisal. Did God see Abraham’s laughter and his little expressions? Did He know of them? God knew. But would God alter what He had resolved to do? No! When God planned and resolved that He would choose this man, it was accomplished. Neither man’s thoughts nor his conduct would in the slightest bit influence or interfere with God; God would not arbitrarily change His plan, nor would He impulsively change or upset His plan because of man’s conduct, even conduct which might be ignorant. What, then, is written in Genesis 17:21–22? “But My covenant will I establish with Isaac, which Sarah shall bear to you at this set time in the next year. And He left off talking with him, and God went up from Abraham.” God paid not the slightest attention to what Abraham thought or said. What was the reason for His disregard? It was because, at that time, God did not ask that man be of great faith, or that he be capable of great knowledge of God, or, moreover, that he be able to understand what was done and said by God. Thus, He did not ask that man fully understand what He resolved to do, or the people He determined to choose, or the principles of His actions, for man’s stature was simply inadequate. At that time, God regarded whatever Abraham did and however he conducted himself as normal. He did not condemn or reprimand, but merely said: “Sarah shall bear Isaac to you at this set time in the next year.” To God, after He proclaimed these words, this matter came true step by step; in the eyes of God, that which was to be accomplished by His plan had already been achieved. After completing the arrangements for this, God departed. What man does or thinks, what man understands, the plans of man—none of this bears any relation to God. Everything proceeds according to God’s plan, in keeping with the times and stages set by God. Such is the principle of God’s work. God does not interfere in whatever man thinks or knows, yet neither does He forgo His plan or abandon His work just because man does not believe or understand. The facts are thus accomplished according to the plan and thoughts of God. This is precisely what we see in the Bible: God caused Isaac to be born at the time He had set. Do the facts prove that the behavior and conduct of man hindered the work of God? They did not hinder the work of God! Did man’s little faith in God, and his notions and imaginings about God affect God’s work? No, they did not! Not in the least! God’s management plan is unaffected by any man, matter, or environment. All that He resolves to do will be completed and accomplished on time and according to His plan, and His work cannot be interfered with by any man. God ignores certain aspects of man’s foolishness and ignorance, and even certain aspects of man’s resistance and notions toward Him, and He does the work that He must do regardless. This is God’s disposition, and it is a reflection of His omnipotence. 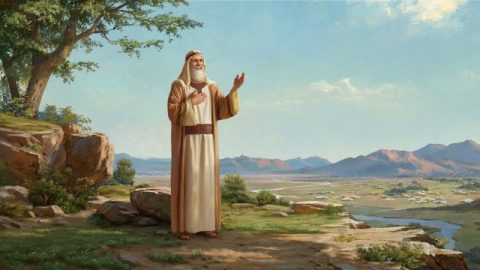 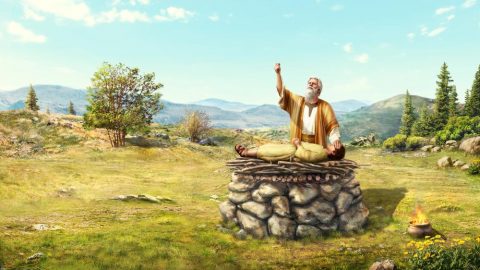 Why Did God Command Abraham to Sacrifice Isaac?

Sermons on Abraham
Previous God Commands Abraham to Offer Isaac
Next Under the Authority of the Creator, All Things Are Perfect

2. God Uses His Words to Establish a Covenant With Man Gen 9:11–13 And I will establish My covenant with you, neither shall all flesh be cut off any more by the waters of a flood; neither shall there any more be a flood to destroy the earth. And God said, This is the token […]

4. God’s Command to Satan Job 2:6 And Jehovah said to Satan, Behold, he is in your hand; but save his life. Satan Has Never Dared to Transgress the Authority of the Creator, and Because of This, All Things Live in Order This is an excerpt from the Book of Job, and the “he” in […]