Depending on what kind of family they are born into, people grow up in different home environments and learn different lessons from their parents. These factors determine the conditions under which a person comes of age, and growing up represents the second critical juncture of a person’s life. Needless to say, people have no choice at this juncture, either. It too is fixed, prearranged. 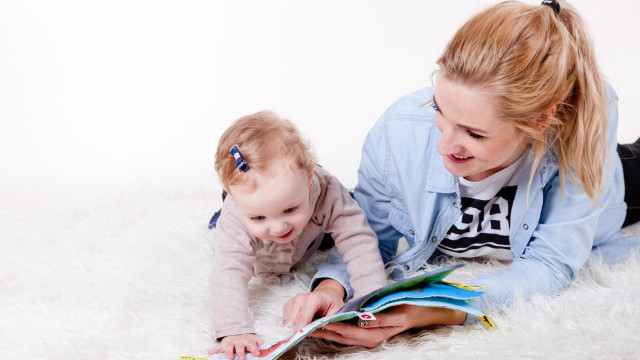 1. The Creator Planned the Fixed Conditions for Each Person’s Coming of Age

A person cannot choose the people, events, or things they are edified and influenced by as they grow up. One cannot choose what knowledge or skills one acquires, what habits one forms. One has no say in who one’s parents and relatives are, what kind of environment one grows up in; one’s relationships with the people, events, and things in one’s surroundings, and how they influence one’s development, are all beyond one’s control. Who decides these things, then? Who arranges them? Since people have no choice in the matter, since they cannot decide these things for themselves, and since they obviously do not take shape naturally, it goes without saying that the formation of all these people, events, and things rests in the hands of the Creator. Of course, just as the Creator arranges the particular circumstances of every person’s birth, He also arranges the specific circumstances under which one grows up. If a person’s birth brings changes to the people, events, and things around them, then that person’s growth and development will necessarily affect them as well. For example, some people are born into poor families, but grow up surrounded by wealth; others are born into affluent families but cause their families’ fortunes to decline, such that they grow up in poor environments. No one’s birth is governed by a fixed rule, and no one grows up under an inevitable, fixed set of circumstances. These are not things that a person can imagine or control; they are the products of one’s fate, and are determined by one’s fate. Of course, at their root, these things are determined by the fate that the Creator predestines for each person; they are determined by the Creator’s sovereignty over that person’s fate and His plans for it.

2. The Various Circumstances Under Which People Grow Up Give Rise to Different Roles

The circumstances of a person’s birth establish on a basic level the environment and circumstances in which they grow up, and the circumstances in which a person grows up are likewise a product of the circumstances of their birth. During this time, one begins to learn language, and one’s mind begins to encounter and assimilate many new things, a process during which one is constantly growing. The things a person hears with one’s ears, sees with one’s eyes, and absorbs with one’s mind gradually fill and animate one’s inner world. The people, events, and things that one comes into contact with; the common sense, knowledge, and skills one learns; and the ways of thinking that influence one, with which one is inculcated or taught, will all guide and influence a person’s fate in life. The language that one learns as one grows and one’s way of thinking are inseparable from the environment in which one spends one’s youth, and that environment consists of parents and siblings, and the other people, events, and things around them. So, the course of a person’s development is determined by the environment in which one grows up, and also depends on the people, events, and things that one comes into contact with during this period of time. Since the conditions in which a person grows up are predetermined long in advance, the environment in which one lives during this process is also, naturally, predetermined. It is not decided by a person’s choices and preferences, but according to the Creator’s plans, determined by the Creator’s careful arrangements and His sovereignty over a person’s fate in life. So, the people that any person encounters in the course of growing up, and the things they come into contact with, are all naturally connected with the orchestrations and arrangements of the Creator. People cannot foresee these kinds of complex interrelationships, nor can they control them or fathom them. Many different things and people have a bearing on the environment in which a person grows up, and no human being is capable of arranging or orchestrating such a vast web of connections. No person or thing except the Creator can control the appearance of all people, things and events, nor can they maintain them or control their disappearance, and it is just such a vast web of connections that shapes a person’s development as predestined by the Creator and builds the various environments in which people grow up. It is what creates the various roles necessary for the Creator’s work of management, laying solid, strong foundations for people to successfully fulfill their missions.

Excerpted from “God Himself, the Unique III” in The Word Appears in the Flesh

Previous The Third Juncture: Independence
Next The First Juncture: Birth

Let us read the second passage of the Bible: “And God said, Let there be a firmament in the middle of the waters, and let it divide the waters from th…

On this day, God made the creatures in the waters and the birds of the air, which is to say that He created the various fish and birds, and classed them each according to kind.

Sometimes people will see an insect, one which is very ugly, and they will say, “That insect is so horrible, there’s no way such an ugly thing could have been made by God—there’s no way He would create something so ugly.” What a foolish view!

When the Creator exerts His authority, none of His words are spoken in vain, and so, on the sixth day, each living creature that He had intended to create appeared at the appointed time.