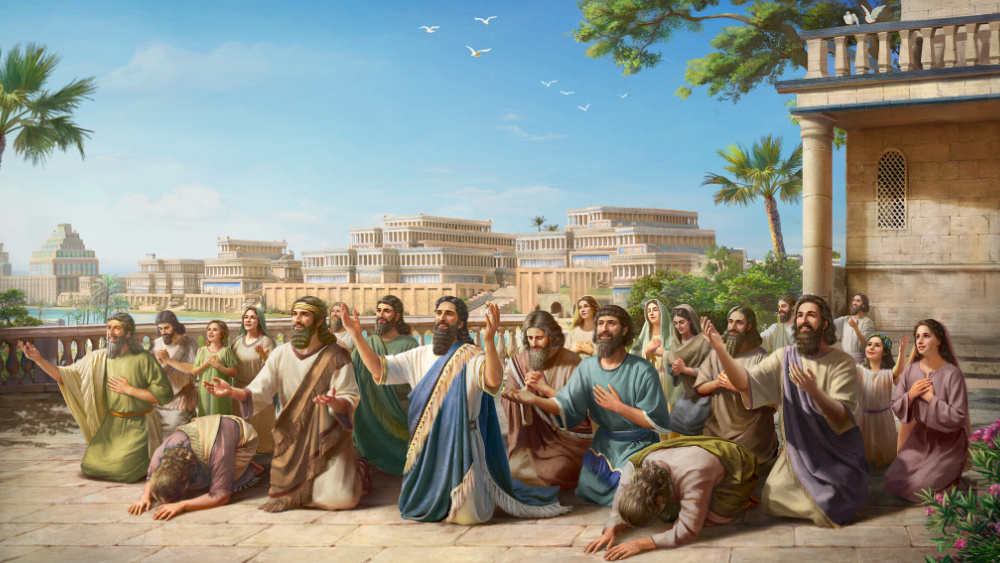 Was there any contradiction between God’s change of heart and His wrath? Of course not! This is because God’s tolerance at that particular time had its reason. What reason might this be? It is the one given in the Bible: “Every person turned away from their evil way” and “abandoned the violence in their hands.”

This “evil way” does not refer to a handful of evil acts, but to the evil source from which people’s behavior springs. “Turning away from one’s evil way” means that those in question will never commit these actions again. In other words, they will never again behave in this evil way; the method, source, purpose, intent and principle of their actions have all changed; they will never again use those methods and principles to bring enjoyment and happiness to their hearts. The “abandon” in “abandon the violence in one’s hands” means to lay down or to cast aside, to fully break with the past and to never turn back. When the people of Nineveh abandoned the violence in their hands, this proved and represented their true repentance. God observes people’s outward appearances as well as their hearts. When God observed the true repentance in the hearts of the Ninevites without question and also observed that they had left their evil ways and abandoned the violence in their hands, He changed His heart. This is to say that these people’s conduct and behavior and various ways of doing things, as well as their true confession and repentance of sins in their hearts, caused God to change His heart, to change His intentions, to retract His decision and not to punish or destroy them. Thus, the people of Nineveh achieved a different outcome for themselves. They redeemed their own lives and at the same time won God’s mercy and tolerance, at which point God also retracted His wrath.

Gen 6:9–14 These are the generations of Noah: Noah was a just man and perfect in his generations, and Noah walked with God. And Noah begat three sons, Shem, Ham, and Japheth. The earth also was corrupt before God, and the earth was filled with violence. And God looked on the earth, and, behold, it […]

By understanding these examples of God’s speech, thoughts and actions, are you able to understand God’s righteous disposition, a disposition that will not tolerate being offended by man? In short, regardless of how much man can understand of it, this is an aspect of the disposition of God Himself, and it is unique to Him. […]