Speaking of grace, we usually associate it with God’s blessings and love. In our daily life, however, things don’t always run smoothly; some illnesses or afflictions often come upon us. At such times, we have an attitude of opposing, resistance, and complaint, thinking: “Doesn’t the Lord Jesus bestow grace upon us? Why do we believe in God yet still suffer these illnesses and afflictions?” Sometimes, in order to cast them off, we pray to God earnestly, beseeching Him to remove them. When things still don’t turn for the better, we will be pessimistic and hopeless, weak and regressive. But you know what? The onset of illness or affliction is actually also God’s grace.

Among the many characters in the Bible, Job impresses us with his story. Job was a righteous man who feared God and shunned evil. He received lots of God’s blessings: He not only possessed a great deal of property but also had beautiful children. But in his old age, God allowed Satan to attack Job. Satan took away all of Job’s property and children, and afterward, it didn’t even spare Job’s body, smiting Job with sore boils from the sole of his foot to his crown. Most people may not understand this: Could it be that God no longer bestowed His grace upon Job? 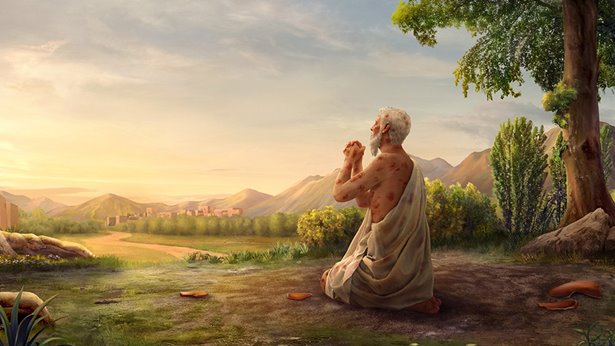 God’s words say: “During the work of God’s abiding provision and support of man, He tells the entirety of His will and requirements to man, and shows His deeds, disposition, and what He has and is to man. The objective is to equip man with stature, and to allow man to gain various truths from God while following Him—truths that are the weapons given to man by God with which to fight Satan. Thus equipped, man must face God’s tests. God has many means and avenues for testing man, but every one of them requires the ‘cooperation’ of God’s enemy: Satan. This is to say, having given man the weapons with which to do battle with Satan, God hands man over to Satan and allows Satan to ‘test’ man’s stature. If man can break out from Satan’s battle formations, if he can escape Satan’s encirclement and still live, then man will have passed the test. But if man fails to leave Satan’s battle formations, and submits to Satan, then he will not have passed the test. Whatever aspect of man God examines, the criteria for His examination are whether or not man stands firm in his testimony when attacked by Satan, and whether or not he has forsaken God and surrendered and submitted to Satan while ensnared by Satan. It may be said that whether or not man can be saved depends on whether he can overcome and defeat Satan, and whether or not he can gain freedom depends on whether he is able to lift up, on his own, the weapons given to him by God to overcome Satan’s bondage, making Satan completely abandon hope and leave him alone. If Satan abandons hope and relinquishes someone, this means that Satan will never again try to take this person from God, will never again accuse and interfere with this person, will never again wantonly torture or attack them; only someone such as this will truly have been gained by God. This is the entire process by which God gains people.”

From God’s words, I find the true reason why God allowed Satan to afflict Job. It turns out that the process of God saving man from the influence of Satan is to first tell them the truth and then test them to see whether they can use the truth to overcome Satan’s temptations. If we can use the truth as the weapon to overcome the various temptations of Satan, then it will prove that we have truly been gained by God and that Satan has been completely shamed and defeated. On the contrary, if we cannot use our faith in and obedience toward God to overcome Satan, then Satan will never be convinced. From biblical records, we can see: Before Job underwent trials, Jehovah God praised Job as “a perfect and an upright man, one that fears God, and eschews evil.” But Satan accused him, saying: “Does Job fear God for nothing? Have not you made an hedge about him, and about his house, and about all that he has on every side? you have blessed the work of his hands, and his substance is increased in the land. But put forth your hand now, and touch all that he has, and he will curse you to your face” (Job 1:9-11). “Skin for skin, yes, all that a man has will he give for his life. But put forth your hand now, and touch his bone and his flesh, and he will curse you to your face” (Job 2:4-5). But when Job bore witness for God during Satan’s temptations, Satan had no words to say.God’s words also say: “God had simply given Satan the opportunity to verify Job’s righteousness before God, and to reveal its own wickedness and contemptibility. It was, furthermore, an opportunity for Job to testify to his righteousness and to his fear of God and shunning of evil before the people of the world, Satan, and even all those who follow God.” From this we can see that God has a righteous disposition as well as faultless actions. Although, before Job was tempted by Satan, God had seen his righteous deeds and said that “there is none like him in the earth, a perfect and an upright man, one that fears God, and eschews evil” (Job 1:8), Satan was not convinced. For this reason, God allowed Satan to attack Job with the purpose of giving Job an opportunity to testify his righteousness before Satan and the world and to prove that God’s evaluation of Job was accurate and without doubt. Likewise, afflictions and trials for us are also opportunities to bear witness for God. Only those people who can stand witness for God in trials are eligible to enjoy the greater blessings of God. Just like Job, he lost his property and children, but he neither complained about God nor misunderstood God. Instead, he obeyed God’s orchestrations, praised the holy name of God, and thoroughly humiliated Satan. After Job stood witness for God, God bestowed upon Job even more property and more beautiful children. But in God’s eyes, He gave Job more than just these—there was something more important. 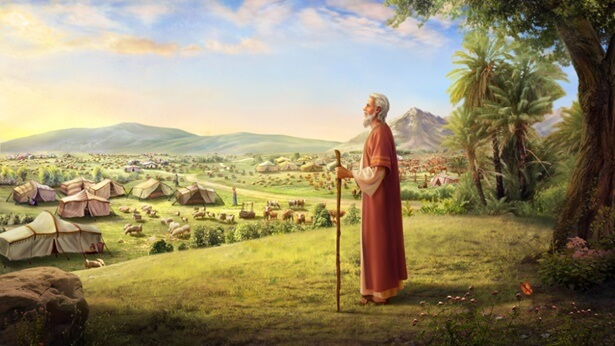 In outward appearance, it was an agonizing thing that Job lost all of his property and children and had sore boils all over. Yet the will of God was to strengthen Job’s faith through this trial so that he could obey God absolutely rather than complain about God, no matter what surroundings he was in and no matter whether God blessed him or took away from him. During his sufferings, his heart was closer to God, and he could understand and be mindful of God’s good intentions even more. Additionally, as we all know, after undergoing the trials, Job gained a greater blessing, that is, Jehovah God spoke to him from within a whirlwind, giving him an opportunity to personally see the back of God. Actually, God is so holy that we corrupt mankind are not worthy of seeing God’s face at all. Job could hear the words of the Creator with his own ears—this was the highest honor for a created being and also elevated his knowledge of God. More importantly, after Job stood witness for God in the various temptations from Satan by relying on his true faith in and obedience toward God, he thoroughly broke free from Satan’s accusations and interference, attacks and harm, becoming a free person who truly worshiped God.

It is thus clear that not only are material blessings the Lord’s grace, but even illnesses and afflictions are God’s grace. So, no matter what kind of adversities or afflictions we encounter, we should put our heart in the right place and shouldn’t blindly evade and complain. As long as we can submit and seek the truth, we will surely have a deeper experience in the aspect of knowing God and receive greater benefit and edification in life, which are all precious treasures gained from the onset of illnesses and afflictions; we will also surely gain more of God’s blessings.

Bible Study Topics Sermons About Job Sermons on Blessings
Previous What Do the Overcomers in the Bible Refer To?
Next Does Forgiveness of Sins Mean Being Purified: How Can We Escape Sin?

By Xuesong We are doomed to live through a mournful life from birth. Since we come crying into the world, we have been expressing in cries of anguish and sadness our whole life. What a sad representation it is! When we learn to speak and walk, we have a short period of innocence, but this […]

What Should We Do When We Face Trials?

In the course of our believing in God, we will all encounter some trials, both big and small. Often times, however, we will be thrown into a panic or blame and misunderstand God, and thus live in torment. Then how shall we treat these trials in accordance with God’s wishes when faced with them? Every […]

Online gathering page offers you access to gatherings on various topics. Feel free to join the ones that suit your needs to obtain more new light and rewards.