Reflection on Matthew 7:21–23: Why Did the Lord Jesus Say “Not Every One That Said to Me, Lord, Lord, Shall Enter Into the Kingdom of Heaven”? 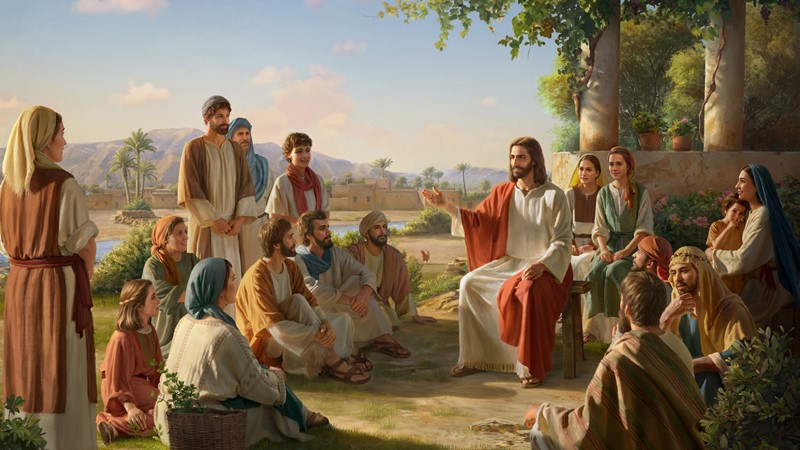 “Not every one that said to Me, Lord, Lord, shall enter into the kingdom of heaven; but he that does the will of My Father which is in heaven. Many will say to Me in that day, Lord, Lord, have we not prophesied in Your name, and in Your name have cast out devils, and in Your name done many wonderful works? And then will I profess to them, I never knew you: depart from Me, you that work iniquity” (Matthew 7:21–23).

There is a kind of people who always call “Lord, Lord” and who spread the gospel, work hard, and make sacrifices for the Lord. Why did the Lord say that such people work iniquity? Could it be that people cannot enter the heavenly kingdom by working hard? Today, let us seek the answer together.

Why Did the Lord Say That Those Who Work Hard Are Unfit for the Heavenly Kingdom?

Let us first look back to the Jewish chief priests, scribes, and the Pharisees two thousand years ago. They were well-versed in the scriptures and preached the gospel far and wide. In people’s eyes, they suffered a lot and worked very hard, so they should have been most worthy of God’s approval. But why were they subject to the Lord’s curse and condemnation? They explained the laws in the temple only to ask the people there to abide by the law, but they themselves broke it, embezzling the possessions of widows and killing prophets. They explained the words of the scriptures to exalt themselves so as to make others look up to them and thereby brought others before them. They didn’t testify to God in the least. When the Lord Jesus came to work, they did not seek or investigate it, but slavishly abided by the law. Moreover, they condemned, slandered, and blasphemed the Lord Jesus based on their notions and imaginings, and the literal meaning of scriptures. To protect their own status and incomes, they did not allow the Jewish believers to follow the Lord Jesus. They persecuted and arrested the disciples of the Lord Jesus, and joined forces with the Roman government to nail Him to the cross. In the end, they were cursed by God. From this, we can see that even though some people can work hard, make sacrifices, suffer, and pay the price, it doesn’t mean that they know God, obey Him, and practice God’s words, nor does it mean that they are people who love God, satisfy Him, and do God’s will. Therefore, people cannot enter the kingdom of God by working hard.

What Does It Mean to Follow the Father’s Will?

The Lord Jesus said, “You shall love the Lord your God with all your heart, and with all your soul, and with all your mind. This is the first and great commandment. And the second is like to it, You shall love your neighbor as yourself” (Matthew 22:37–39). “If you continue in My word, then are you My disciples indeed” (John 8:31). From the Lord’s words, we can see that truly doing God’s will means honoring God as the greatest in the heart, obeying God’s work and words, abiding by God’s commandments, and practicing according to God’s will and requirements. That is to say, no matter how much we forsake and expend, no matter how hard we labor, we should have no personal ambitions and desires and not do these things to gain blessing, but to obey and satisfy God. We must be happy to sacrifice everything for God to follow God’s will, not to trade with God or seek His rewards. Even if we are faced with trials, tribulations, or any unsatisfactory environments, we should have no complaint against God, obey God’s orchestrations and arrangements, and stand witness for God. Only this is doing God’s will. If we violate God’s requirements and betray His commission to us, then we are not people who do the will of the Father.

Those of us who claim to believe in the Lord now, let’s look at ourselves and determine if we truly follow God's will. We appear to give things up, expend ourselves, suffer, and pay a price for the Lord, but in fact, we often fail to practice the Lord’s words and constantly reveal satanic dispositions such as being arrogant and conceited, crooked and deceitful. While we claim to spend for the Lord, we often make demands of the Lord deep in our hearts and intend to expend ourselves in exchange for God’s blessings. For example, some people desire to have their illness healed, some to have a peaceful family, some to make their business boom, some to have a successful career, some to go to heaven, etc. Once God arranges for us environments at odds with our notions, or unpleasant things, we will have misunderstandings and complaints toward the Lord, our faith will grow cold, and we will feel negative and weak. We will have less motivation to expend for the Lord than before and even betray the Lord and leave Him. It can be seen from this that in our belief in the Lord, we do not focus on practicing God’s words, obeying and satisfying God, but it is tainted with our own intentions and desires, and we are making a deal with God. We are full of corrupt dispositions and living in sin, so how could we be called people who do God’s will? How could we enter the kingdom of God? It’s just as the Lord Jesus said: “Truly, truly, I say to you, Whoever commits sin is the servant of sin. And the servant stays not in the house for ever: but the son stays ever” (John 8:34–35). And Hebrew 12:14 says: “Holiness, without which no man shall see the Lord.” Only when we get rid of our satanic corrupt dispositions and put the Lord’s words into practice, can we be called people who do the will of God, and be qualified to enter the kingdom of God.

Let us first read several scriptures, “I have yet many things to say to you, but you cannot bear them now. However, when He, the Spirit of truth, is come, He will guide you into all truth: for He shall not speak of Himself; but whatever He shall hear, that shall He speak: and He will show you things to come” (John 16:12–13). “He that rejects Me, and receives not My words, has one that judges him: the word that I have spoken, the same shall judge him in the last day” (John 12:48). “Sanctify them through Your truth: Your word is truth” (John 17:17).

From this, we see that due to our needs as corrupt mankind, the Lord will come to do a stage of work of judgment starting from God’s house in the last days to thoroughly purify and save mankind, so that we will no longer be bound and controlled by sin. When the Lord Jesus was working, because the people at that time were of little stature and couldn’t understand more and higher truths, the Lord Jesus never told us all the truths we as corrupt mankind need to attain true salvation. Instead, in the last days, the Lord Jesus will come to speak to us and purge away the taints and the wrong intentions and aims of our belief in God so that we can achieve true obedience and reverence to God. Therefore, when we hear someone witness that the Lord has returned to express the truth and do the work of judgment, we should have a heart to seek and investigate with humility and listen for the voice of God. Only in this way can we have the opportunity to become those who do the will of the Father, and thus be raptured into the kingdom of heaven. 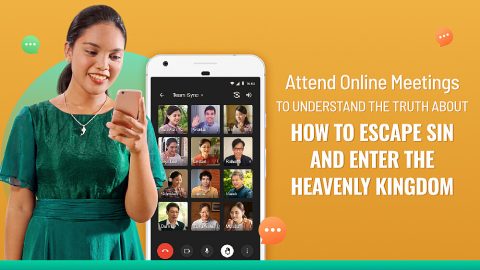 Next What Is the True Meaning of the Coming of the Son of Man?

Relevant Words of God: The “incarnation” is God’s appearance in the flesh; God works among created mankind in the image of the flesh. So for God to be incarnated, He must first be flesh, flesh with normal humanity; this is the most basic prerequisite. In fact, the implication of God’s incarnation is that God lives […]

By Zheng Xin Editor's note: Lin Ke, a Christian, desperate to resolve the issue of desolation in the church, has fasted and prayed countless times. However, in the end, there is still no resolution to this issue. Only after seeking does she understand that this problem can only be resolved through praying in accordance with […]

Relevant Words of God: In the beginning, after the creation of mankind, it was the Israelites who served as the basis of God’s work. The whole of Israel was the base of Jehovah’s work on earth. The work of Jehovah was to lead and shepherd man directly by setting forth the laws, so that man […]