“Then we which are alive and remain shall be caught up together with them in the clouds, to meet the Lord in the air: and so shall we ever be with the Lord” (1 Thessalonians 4:17). These words of Paul get many people to believe that when the Lord returns in the last days and sends down disasters to destroy the world, His followers will be raptured into the air to meet Him. But is such a view really in keeping with the truth?

Speaking of rapture, we will think of these words of Paul, “Then we which are alive and remain shall be caught up together with them in the clouds, to meet the Lord in the air: and so shall we ever be with the Lord” (1 Thessalonians 4:17). We thus believe that when the Lord returns in the last days and sends down disasters to destroy the world, His followers will be raptured into the air to meet Him. But is such a view really in keeping with the truth?

Will We Really Be Raptured Into the Air? 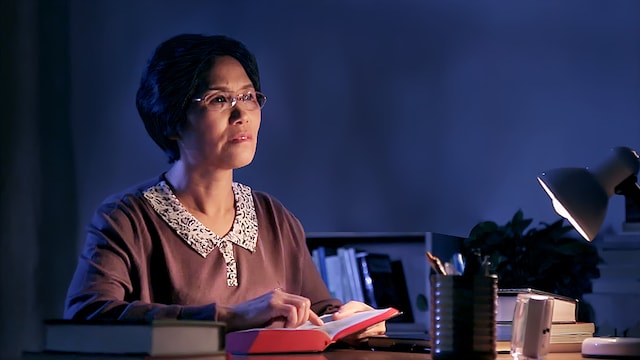 Is rapture really being taken up into heaven? We cannot jump to conclusions based on Paul’s words. Paul was just an apostle used by God to work, and He was also one of God’s creatures, so how could he predict how God will rapture us in the last days? Only God’s words are the truth and possess authority, so it is correct for us to ascertain whether we will be raptured into the air only based on the Lord Jesus’ words.

The Lord Jesus once said, “And no man has ascended up to heaven, but He that came down from heaven, even the Son of man which is in heaven” (John 3:13). The Lord’s words clearly told us that aside from the Son of man, no man has gone up into heaven, that is, aside from the incarnate God, nobody else has ascended into heaven. As we all know, heaven is God’s throne, and only God Himself can ascend to heaven; however, we human beings cannot ascend into heaven to see God. Also, we can see from the facts of God’s work that God’s will is for mankind to live and worship God on earth, and not to reside in heaven. Just like when God created mankind in the beginning—He made Adam and Eve on earth, letting them live on earth and manage all things on earth. God had them obey, worship and glorify God on earth, and He didn’t bring them into heaven. This allows us to see that the scope of the life that God ordained for mankind in the beginning was on the earth. Later, when mankind was corrupted more deeply, and the earth was filled with violence, God decided to use a flood to destroy the world. God saved Noah, a righteous person who worships God but God did not rapture him into heaven so that he would avoid the flood waters. Instead, God made Noah build the ark. When the floods came, Noah’s family of eight took shelter in the ark. After the flows went down, Noah and his family continued to live on earth and multiply. At the end of the Age of Law, mankind was unable to adhere to the laws and faced the dangers of execution, and in order to redeem mankind from sin, God personally became flesh and came down to earth to do His work. God was nailed to the cross as the sin offering for mankind; He didn’t bring mankind up into heaven to procure a sin offering. All this shows that over the millennia of God’s work to save mankind, it has all been done on earth, and we human beings have always lived and worshiped God on earth. So, our always wanting to be raptured into heaven is totally one of our extravagant desires, and it doesn’t accord with the facts of God’s work.

What Is the True Meaning of Rapture?

Then what does rapture truly mean? There is a passage of words that speaks about it clearly. “‘Being caught up’ does not mean being taken from a low place to a high place, as people might imagine; that is a huge misconception. ‘Being caught up’ refers to My predestining and then selecting. It is directed at all those I have predestined and chosen. All those who are caught up are people who have gained the status of firstborn sons or sons, or who are God’s people. This is most incompatible with people’s notions. Those who will have a share in My house in the future are all ones who have been caught up before Me. This is absolutely true, never-changing, and irrefutable. It is a counterattack against Satan. Anyone I predestined shall be caught up before Me” (“Chapter 104” of Utterances of Christ in the Beginning).

From this passage, we can see that rapture is not the way we’ve imagined it to be. It is not ascending from the earth to heaven to see the Lord; instead, it refers to the time that the Lord Jesus returns to earth and all those who have been predetermined, selected by God will be raptured before God’s throne. That is to say, when God does a new stage of work, and we can recognize the voice of God, accept and submit to His new work, we will then be raptured before God. Just like when the Lord Jesus came to do His work in the Age of Grace—Peter, John, Matthew and others left the law behind and accepted the Lord’s salvation, and so they were raptured before God. However, those Pharisees who adhered to the Old Testament didn’t accept the Lord’s salvation and condemned, resisted, and blasphemed the Lord’s new work; not only were they not raptured before God, but they were exposed, eliminated, and abandoned by God.

The Lord prophesied that He would come again in the last days. And the Bible prophesies, “I have yet many things to say to you, but you cannot bear them now. However, when He, the Spirit of truth, is come, He will guide you into all truth: for He shall not speak of Himself; but whatever He shall hear, that shall He speak: and He will show you things to come” (John 16:12–13). “He that rejects Me, and receives not My words, has one that judges him: the word that I have spoken, the same shall judge him in the last day” (John 12:48). “For the time is come that judgment must begin at the house of God” (1 Peter 4:17). “So Christ was once offered to bear the sins of many; and to them that look for Him shall He appear the second time without sin to salvation” (Hebrews 9:28). From these verses, we can see that when the Lord returns, He will do a stage of work of judgment beginning in God’s house, and that He will express the truth to judge and purify our corruption so that we may thoroughly free ourselves from the bondage and control of sin. Those who accept God’s work of the last days are people who are raptured before God. They receive the watering and the feeding of God’s words, gain true knowledge of God, have their corrupt dispositions cleansed, and live out the reality of God’s words; they are the overcomers who will be made by God prior to the disasters, and are the first ripe fruits. However, those who hold onto their own notions and imaginings, and blindly wait for the Lord to come and take them up to heaven, and who reject God’s work of judgment in the last days are the foolish virgins. They are the ones who will be forsaken by God. They are destined to suffer in the disasters; they will cry and gnash their teeth.

How to Be Raptured

The Lord Jesus said, “Behold, I stand at the door, and knock: if any man hear My voice, and open the door, I will come in to him, and will sup with him, and he with Me” (Revelation 3:20). “And at midnight there was a cry made, Behold, the bridegroom comes; go you out to meet him” (Matthew 25:6). “He that has an ear, let him hear what the Spirit says to the churches” (Revelation 2:7). It can be seen from this that when the Lord Jesus returns, He will utter more words, knocking on our doors with His words. Therefore, only when we accept God’s work of the last days, and follow the footsteps of the Lamb, will we be the wise virgins and be truly raptured before the throne of God in the last days; we will be the gold, silver and precious stones that are “stolen” by the Lord and return to His house. Just like Peter, John and others who were once raptured before the Lord Jesus, they actively sought, focused on listening to God’s voice, and recognized the Lord Jesus as the coming Messiah, and so they followed the Lord Jesus; in the end, they obtained the Lord’s salvation. So, when we hear someone testify that the bridegroom has returned, we should be the wise virgins, actively seek, and focus on hearing to discern if it is the voice of God, if it is the expression of the truth. In this way, we will have the chance to be raptured before God.

Read more on our The Rapture page, or click on the related articles below.

• How Can We Find the True Church and Be Raptured Before the Tribulation?

• Why Haven’t the Rapture of the Church Taken Place Though the Prophecies of the Lord’s Return Have Come True?

Next How Can We Find the True Church and Be Raptured Before the Tribulation?

It is said in the Bible, “For with the heart man believes to righteousness; and with the mouth confession is made to salvation” (Romans 10:10). Many of us therefore believe that by believing in the Lord Jesus, we are already saved and once saved always saved, so when the Lord returns we will automatically be […]

What Is the Rapture?

Just like many other Christian brothers and sisters, I eagerly long for the second coming of the Lord Jesus. We abide by the following passage from the Bible: “Then we which are alive and remain shall be caught up together with them in the clouds, to meet the Lord in the air: and so shall […]