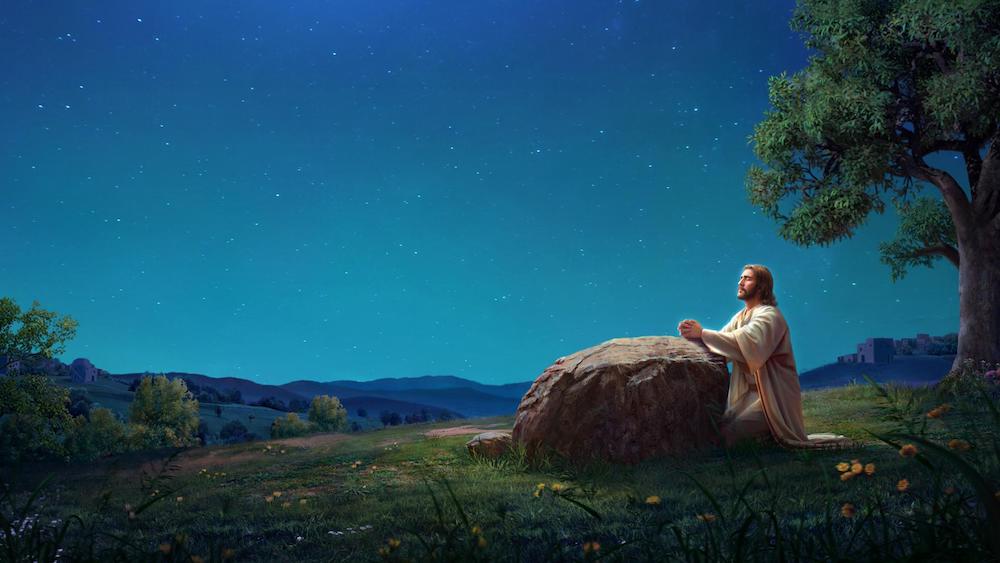 And he went a little farther, and fell on his face, and prayed, saying, O my Father, if it be possible, let this cup pass from me: nevertheless not as I will, but as you will. – Matthew 26:39

On seeing this verse, I cannot help thinking of a passage I read online a few days ago: “Look at the prayer of Jesus (mentioning the prayer of Jesus is not to make people take the same angle and position as Him), He prayed in the Garden of Gethsemane: ‘If it be possible….’ That is, ‘if it is possible.’ It happens through consultation and not through saying ‘I ask You.’ He was keeping a submissive heart in His prayer, and in His submissive state, He prayed: ‘If it be possible, let this cup pass from me: nevertheless not as I will, but as you will.’ He still prayed like this the second time, and the third time He prayed: ‘May Your will be done.’ He grasped the will of God the Father, saying: ‘May Your will be done.’ He was able to completely submit without choosing Himself in the slightest degree. He said, ‘If it be possible, let this cup pass from me.’ What does that mean? It is because of the thought of bleeding on the cross to His last dying breath and the great pain. This involved death and was said under the premise that He had still not completely grasped the will of God the Father. He was very submissive since He was able to pray that way despite the thought of the pain of being crucified. His prayer was normal, He didn’t pray to strike bargains nor to say it had to be removed, but rather it was to seek God’s intentions in a situation that He didn’t understand.”

Although the Lord Jesus didn’t understand the will of heavenly Father and knew that He should endure the pain of death, He didn’t pray to make demands or strike bargains, but held a submissive and seeking attitude. The Lord Jesus’ prayer has shown me the path to entering into true prayer. In my prayer, I always say, “Oh God, I don’t know how to do it. May You give me wisdom.” and I even say, “Oh God, this man always finds fault with me, may You move this situation away, and I don’t want to experience that.” After reading these words, I understood that many times my prayer is not after God’s heart, for in my prayer there are full of demands and extravagant desires of God, and I have no sense that one of God’s creations should possess. Thank God for His guidance, so that I understood how to pray to be after the Lord’s heart later. Amen!

• 3 Principles of Prayer Help You Obtain the Lord's Response Easily

• 4 Keys to Help Our Prayers Be Accepted by God

Commentaries on Matthew
Previous Love of God – Everlasting Life – Gospel Reflection on John 3:16
Next Grasp the Principles of Discerning False – Reflection on Matthew 24:24

Today’s Gospel I am the living bread which came down from heaven: if any man eat of this bread, he shall live for ever: and the bread that I will give is My flesh, which I will give for the life of the world. – John 6:51 Reflection When it comes to the bread which […]

Serve God With All Our Hearts and Souls – Reflection on Matthew 22:37-38