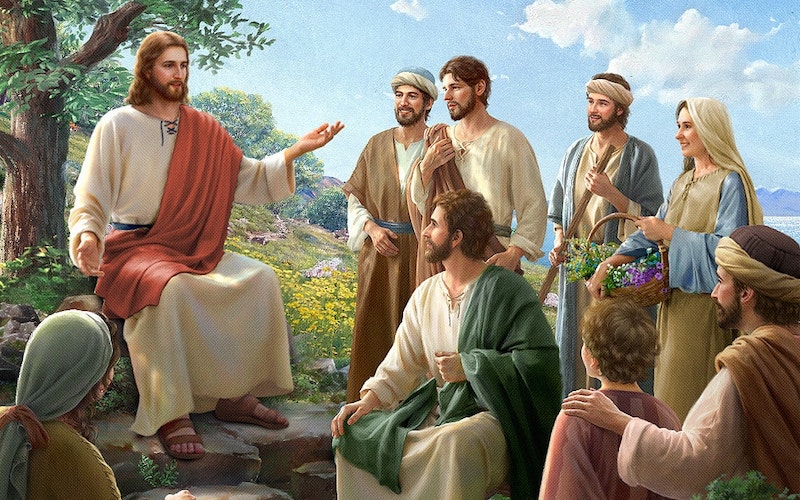 Lately, a question has been bothering me, and I’d like to seek answers from you: I have believed in the Lord for many years, and I have always forsaken, expended, and done the Lord’s work, because I have always believed that if I believe this way, when the Lord comes, this will allow me to be lifted up into the kingdom of heaven. But recently, I saw that in the Bible the Lord Jesus said, “Not every one that said to Me, Lord, Lord, shall enter into the kingdom of heaven; but he that does the will of My Father which is in heaven. Many will say to Me in that day, Lord, Lord, have we not prophesied in Your name? and in Your name have cast out devils? and in Your name done many wonderful works? And then will I profess to them, I never knew you: depart from Me, you that work iniquity” (Matthew 7:21-23). This confuses me. Why can’t those who spread the gospel, heal the sick, and cast out devils in the Lord’s name enter the kingdom of heaven? And why does the Lord say that they are those who work iniquity? Does this mean that we who labor, forsake and expend are not those who do the will of the heavenly Father? What are the standards for entering the kingdom of heaven? Could you talk about your opinion?.

These questions you’ve asked confuse many of our brothers and sisters. We’ll share our understanding with regard to your questions. The Lord Jesus said: “Not every one that said to Me, Lord, Lord, shall enter into the kingdom of heaven; but he that does the will of My Father which is in heaven. Many will say to Me in that day, Lord, Lord, have we not prophesied in Your name? and in Your name have cast out devils? and in Your name done many wonderful works? And then will I profess to them, I never knew you: depart from Me, you that work iniquity” (Matthew 7:21-23). In this passage, the Lord Jesus told us the standard for entering the kingdom of heaven. From this, we understand that the standard by which God judges whether a person can enter the kingdom of heaven isn’t based on his external behaviors, whether most people approve of him, or how much he works, expends, and forsakes, but instead is based on whether he is a person who does God’s will.

Let us use the Pharisees to explain. They not only traveled to the far corners of the earth to preach and work, suffering much in the process, but also clung to the rules of the Bible in everything. And they were also loving toward people. In the eyes of man, they did many good deeds and were pious, but when the Lord Jesus came to do new work, even if they saw authority and power in the Lord Jesus’ work and preaching, they did not seek or investigate. Instead, they feared that if believers followed the Lord Jesus, no one would support them, so they fabricated many rumors and bore false witness to savagely condemn and frame the Lord Jesus to hinder the Jewish people from accepting the Lord Jesus’ work, and in the end colluded with the Roman government to crucify the Lord Jesus. From this, we can see that although they walked the path of forsaking and expending, they weren’t trying to satisfy God at all, and instead were using their working and preaching as a way to exalt and testify themselves to make believers look up to and admire them. The essence of their actions was that they were trying to compete with God for followers and dominate God’s chosen people. This shows us that they had natures that hated the truth and resisted God. Therefore, the Lord Jesus says that this type of people are evil-doers, which is completely in line with the facts. So, however much suffering we appear to bear or however much work we appear to do from the outside, it doesn’t represent following the will of God. This is because if what we do is not done out of consideration for God’s will and to satisfy God, but is instead contaminated by our own intentions, and done in the name of our personal interests, God will not approve of forsaking and expending like this, and so we certainly cannot enter the kingdom of heaven. 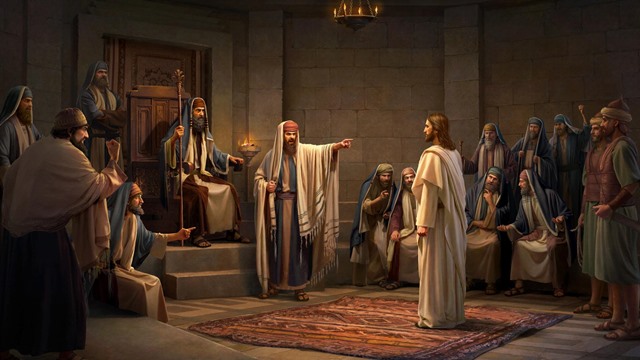 If we compare ourselves with them, we will discover that we are also not following the will of God. Even though we have believed in the Lord for many years, and also suffer, work, forsake, and expend, it’s undeniable that we are still bound by our sinful nature, often sin, and are incapable of practicing the Lord’s words. For example, we often tell lies and deceive to protect our own interests. After we expend a little for the Lord, we think that we are the ones who love the Lord most, and we start to frequently reveal our arrogant and conceited satanic dispositions, as well as look down upon those brothers and sisters who are passive and weak. To maintain our own positions, we often compete with our co-workers to gain wealth and reputation. When we are working and preaching, we still involuntarily exalt and testify ourselves to make others worship us. As we believe in the Lord, we still engage in trade with Him and ask Him to bless us. When mishaps or adversities befall us, we can blame and even betray Him. While we believe in the Lord, we can also worship and follow men, and listen to the words of men before those of the Lord. Although we fervently expend ourselves for the Lord, we have no reverence for Him and often expose corrupt, satanic dispositions such as selfishness, arrogance and deceitfulness. When trials come to us, we are even in danger of betraying God. Like this, how can we call ourselves people who do God’s will?

So, what does it mean to do the heavenly Father’s will? Being someone who can carry out the heavenly Father’s will primarily means to be someone who can love God, and honor God as great, who fears God and shuns evil, who practices God’s word, who keeps God’s commandments, who frequently exalts and testifies God, who genuinely expends for the Lord without making demands or seeking anything in exchange, who can stand firm and testify for God amidst trials, and who obeys God’s orchestration and arrangements. This is what it means to do God’s will. As the Lord Jesus said: “You shall love the Lord your God with all your heart, and with all your soul, and with all your mind. This is the first and great commandment” (Matthew 22:37-38). Even though we may fervently expend for the Lord, we are only focused on doing external works, and seldom practice or experience the Lord’s words. Therefore, although we may have believed in the Lord for many years, we don’t have much knowledge of Him, nor do we have fear of Him, and much less have we managed to change our corrupt dispositions much. Moreover, we still frequently live in the state of sinning and confessing, and are not yet people who are obedient to God. So, no matter how much we suffer or work, and no matter how many good deeds we appear to do, if we cannot practice the Lord’s words and become someone who loves and obeys the Lord, then we will not gain God’s approval, and are unqualified to enter the kingdom of heaven. Because the Lord Jesus told us very clearly: “Not every one that said to Me, Lord, Lord, shall enter into the kingdom of heaven; but he that does the will of My Father which is in heaven” (Matthew 7:21).

From this, we can understand that labor and works alone will not gain God’s approval. Only by frequently practicing the Lord’s word, keeping the Lord’s teachings as we work, pursuing sincere love and obedience of God, and becoming someone who carries out God’s will can we enter the kingdom of heaven. Brother Muguang, I hope the fellowship above is helpful to you, and we may continue our discussion by letter if you have any further questions.

Read more on our Gospel Topics page about Kingdom of God, or in the recommended articles below:

• Where Is the Kingdom of God According to the Bible?

Recommended for You: “Blessed Are the Poor in Spirit” Clip: Can the Saved Enter the Kingdom of Heaven?

Next The Kingdom of Heaven Is Near: How to Have True Repentance

We all know that “Heaven” is always referred to as God. The “heavenly kingdom” obviously refers to God’s kingdom, and it is the kingdom where God is in power, it is Christ’s kingdom. There is no tears or sorrow, much less pain or death, so all Christians pursue and yearn for it. Then, where is […]

Gospel Movie Extract From "Yearning": Is the Kingdom of Heaven in Heaven or on Earth?

Christian Video "Yearning" Clip Introduction Many people who have faith in the Lord believe that the kingdom of God is in heaven. Is this really the case? The Lord's Prayer says: "Our Father which are in heaven, Hallowed be your name. Your kingdom come, Your will be done in earth, as it is in heaven" […]