Home » Christian Devotionals » Christian Sermons » What Does Rest in the Bible Mean? Have We Had a Restful Life?

The word “rest” literally means to relax in peace; it also implies people’s mourning for the dead. In the Bible, the word “rest” appears over two hundred times. So, what on earth is the meaning of “rest” in the Bible?

Later on, because of Satan’s temptation, Adam and Eve disobeyed Jehovah’s order and ate the fruit from the tree of the knowledge of good and evil. Thus, they were expelled from the Garden of Eden. From then on, they lost their restful life, and death came upon them. Just as Genesis 3:19 says: “In the sweat of your face shall you eat bread, till you return to the ground; for out of it were you taken: for dust you are, and to dust shall you return.” And the Romans 5:12 says: “Why, as by one man sin entered into the world, and death by sin; and so death passed on all men, for that all have sinned.” Because of Satan’s disturbances, mankind cannot achieve rest, and neither can God. So God began His six-thousand-year management work for the purpose of fully defeating Satan, entirely saving humanity, and restoring us to our original likeness and restful life with Him.

At the start, God’s work was carried out among the chosen ones of Israel; through Moses, He set forth the law for them to obey and also set the Sabbath day for them, the seventh day of His creation. The Bible records: “For in six days Jehovah made heaven and earth, the sea, and all that in them is, and rested the seventh day: why Jehovah blessed the sabbath day, and hallowed it” (Exodus 20:11). “Six days shall work be done: but the seventh day is the sabbath of rest, an holy convocation; you shall do no work therein: it is the sabbath of Jehovah in all your dwellings” (Leviticus 23:3). Following Jehovah’s commandments, the Israelites stopped all their labors and enjoyed resting their bodies on the Sabbath day; they offered Jehovah sacrifices and made music to praise Him in the temple. They gained the blessings of Jehovah God because they revered Him and obeyed His law. This was God’s work in the Age of Law, as recorded in the Old Testament.

At the end of the Age of Law, the Israelites were increasingly unable to keep the laws, and in the end they lost their reverence for Jehovah. They committed so many sins that there weren’t enough sin offerings to atone for their sins. They were full of sin and couldn’t extricate themselves from living in sin. If they had continued to sin like that, they would have been condemned to death in the end for breaking the law, which was not God’s intention when He created mankind. Thus, in answer to the needs of corrupt mankind, God brought mankind the work of the Age of Grace under the name of Jesus: He was incarnated as the Son of man to serve as the ultimate sacrificial lamb, and He performed His redemption work to save mankind from the law.

The Lord Jesus said: “Come to me, all you that labor and are heavy laden, and I will give you rest. Take my yoke on you, and learn of me; for I am meek and lowly in heart: and you shall find rest to your souls” (Matthew 11:28-29). Ever since the Lord Jesus was nailed to the cross as the sin offering for us, we have been relieved of our sins. As long as we believe in and accept the Lord Jesus as our Savior, confess and repent, we will be forgiven for our sins and be qualified to come before the Lord Jesus and pray to Him. We will enjoy the bounteous blessings, grace and spiritual consolation bestowed by Him, and will feel assured and at peace. This is the rest brought by God’s work in the Age of Grace.

Although we have gained the Lord Jesus’ redemption, been forgiven for our sins, and enjoy the peace and joy bestowed by Him, there is an undeniable fact that remains: Our corrupt nature still exists, and our sinful nature is still rooted deeply inside us, so we are often seduced by Satan into committing sins involuntarily. We live our lives sinning in the day and confessing at night. We also often face all kinds of temptations and cannot shake off the shackles of our sins, so that we still suffer pain and sorrow. Therefore, in order to entirely save us from a miserable life of being bound by sins, and lead us to a life without sorrow and crying (See Revelation 21:3-4), and enter into rest with us, God in the last days still needs to do a stage of judgment and cleansing work. Just as prophecies in the Bible say: “Saying with a loud voice, Fear God, and give glory to him; for the hour of his judgment is come” (Revelation 14:7), and “For the time is come that judgment must begin at the house of God” (1 Peter 4:17).

From God’s words we can see: After mankind enters into rest, there will be no more unrighteousness or filth on the earth, or the interference of Satan; we will be led by God Himself and will live a normal life under God’s care and blessings. At that time, though we have experienced Satan’s corruption, we will finally be saved by God and become true creations; we will no longer disobey or resist God but worship Him, bear witness to Him and honor Him on the earth; we will return to the original life of Adam and Eve.

• Sermon on Rest: What Is Rest? How Can We Enter Into Rest?

• What Was the Lord Jesus’ Thinking Behind Him Not Keeping the Sabbath?

• Do You Know the Reason of Jesus Not Keeping the Sabbath?

What We Learn From Jesus Working on the Sabbath

Sermon on Rest: What Is Rest? How Can We Enter Into Rest? 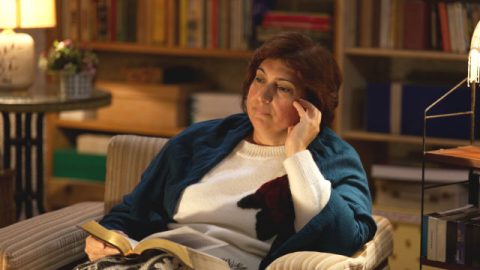 Does the Idea of the Trinity Hold up?
By Zhong Qi Early one morning, the birds were chirping outside the widow. As always, I got up and began to practice spiritual devotion. As I read the…