The Lord of the Sabbath 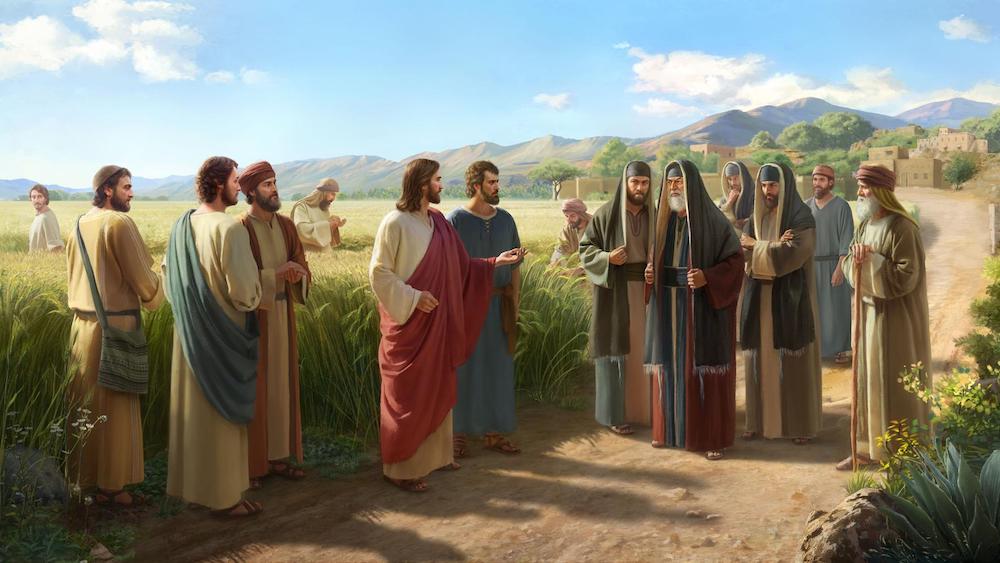 1At that time Jesus went on the sabbath day through the corn; and his disciples were an hungered, and began to pluck the ears of corn and to eat. 2But when the Pharisees saw it, they said to him, Behold, your disciples do that which is not lawful to do on the sabbath day. 3But he said to them, Have you not read what David did, when he was an hungered, and they that were with him; 4How he entered into the house of God, and did eat the show bread, which was not lawful for him to eat, neither for them which were with him, but only for the priests? 5Or have you not read in the law, how that on the sabbath days the priests in the temple profane the sabbath, and are blameless? 6But I say to you, That in this place is one greater than the temple. 7But if you had known what this means, I will have mercy, and not sacrifice, you would not have condemned the guiltless.

8For the Son of man is Lord even of the sabbath day.

Jesus Heals on the Sabbath

9And when he was departed there, he went into their synagogue: 10And, behold, there was a man which had his hand withered. And they asked him, saying, Is it lawful to heal on the sabbath days? that they might accuse him. 11And he said to them, What man shall there be among you, that shall have one sheep, and if it fall into a pit on the sabbath day, will he not lay hold on it, and lift it out? 12How much then is a man better than a sheep? Why it is lawful to do well on the sabbath days. 13Then said he to the man, Stretch forth your hand. And he stretched it forth; and it was restored whole, like as the other. 14Then the Pharisees went out, and held a council against him, how they might destroy him.

Salt and Light – Matthew 5 (Matthew 5:13-16) You are the salt of the earth: but if the salt have lost his flavor, with which shall it be salted? it is thereafter good for nothing, but to be cast out, and to be trodden under foot of men. Salt and Light You are the light […]

(Numbers 13:1-16) And the LORD spoke to Moses, saying,Send you men, that they may search the land of Canaan, which I give to the children of Israel: of every tribe of their fathers shall you send a man, every one a ruler among them.And Moses by the commandment of the LORD sent them from the […]