What Should We Do When We Face Trials? Learn From the Story of Job 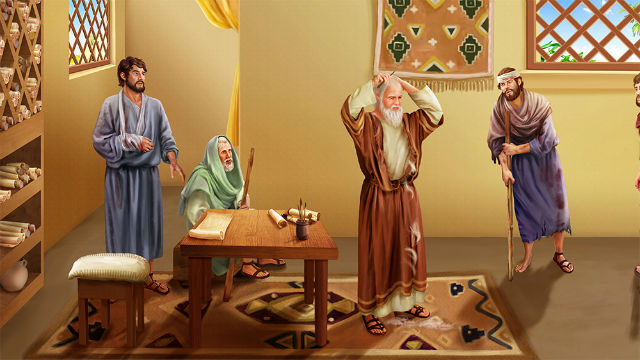 What was Job’s attitude when God’s trials befell him?

We all know about Job’s trials from the Bible. It records that after Satan’s first temptation, all of Job’s livestock was stolen away by robbers, his servants were killed and his children were all crushed to death by the collapsing house. When Job heard the news, though he did not understand God’s will, he never sinned with his lips or complained against God. Rather, he behaved with rationality and bent over and worshiped, saying: “Naked came I out of my mother’s womb, and naked shall I return thither: Jehovah gave, and Jehovah has taken away; blessed be the name of Jehovah” (Job 1:21).

During Satan’s first temptation, though Job had stood firm in his testimony, Satan little believed his uprightness, nor did it believe that his holding fast to the way of revering God and shunning evil was true or done from his heart. Thereupon, Satan tempted Job again. After that, he had sore boils all over his body and used a potsherd to scrape himself sitting among ashes. Despite this, when his wife advised him to abandon God, he reprimanded her by saying: “You speak as one of the foolish women speaks. What? shall we receive good at the hand of God, and shall we not receive evil?” (Job 2:10).

These few short phrases demonstrated Job’s attitude when he faced the two trials. We can see from his words that he was willing to endure suffering and submitted to God’s orchestration and arrangements without any complaints. In the end, he bore strong and resounding witness to God before Satan. Just as God’s words say: “When Job first underwent his trials, he was stripped of all his property and all of his children, but he did not fall down or say anything that was a sin against God as a result. He had overcome the temptations of Satan, and he had overcome his material assets, his offspring and the trial of losing all his worldly possessions, which is to say he was able to obey God as He took things away from him and he was also able to offer thanks and praise to God because of what God did. Such was Job’s conduct during Satan’s first temptation, and such was also Job’s testimony during the first trial of God. In the second trial, Satan stretched forth its hand to afflict Job, and although Job experienced pain greater than he had ever felt before, still his testimony was enough to leave people astounded. He used his fortitude, conviction, and obedience to God, as well as his fear of God, to once more defeat Satan, and his conduct and his testimony were once more approved of and favored by God.”

Why did Jehovah God try Job?

God permitted Satan to tempt Job, and also used this to try him, in which there is actually great significance. God says: “In God’s eyes, although Job was still the same Job as before, Job’s faith, obedience, and fear of God had brought God complete satisfaction and enjoyment. At this time, Job had attained the perfection that God had expected him to attain; he had become someone truly worthy of being called ‘perfect and upright’ in God’s eyes. His righteous deeds allowed him to overcome Satan and to stand fast in his testimony to God. So, too, his righteous deeds made him perfect, and allowed the value of his life to be elevated and transcend more than ever, and they also made him the first person to no longer be attacked and tempted by Satan. Because Job was righteous, he was accused and tempted by Satan; because Job was righteous, he was handed over to Satan; and because Job was righteous, he overcame and defeated Satan, and stood firm in his testimony. Henceforth Job became the first man who would never again be handed over to Satan, he truly came before the throne of God and lived in the light, under the blessings of God without the spying or ruination of Satan…. He had become a true man in the eyes of God; he had been set free …” From these words, it can be seen that God tried Job in order that he could use his actual conduct to bear testimony before Satan and the people of the world. Indeed, through the examination of the facts, Job’s uprightness was proven and also God’s evaluation of him was proven 100% accurate. What’s more, through these two trials, God perfected Job’s faith and his reverence of Him. Surely, having undergone the trials, Job overcame the temptations of losing his children and wealth and the temptation of suffering physically, and thus his faith in God grew. Henceforth, Satan would no longer be able to wreck his relationship with God, snatch him away from God, or even accuse him. Therefore, Job completely became free and became a man who truly worshiped God. 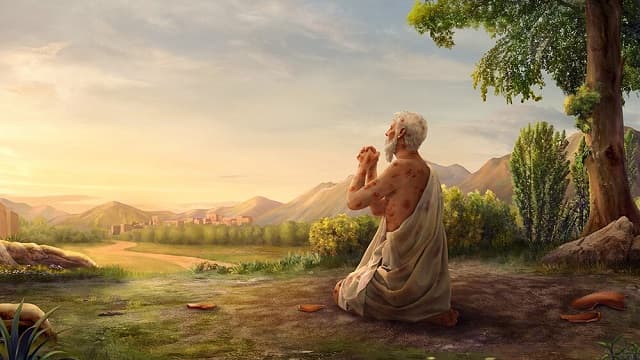 What inspiration can Job’s experiences bring to us?

When Satan tempted Job, on the surface it appeared that all his livestock was stolen away by the robbers, that his children were killed by the collapsing house, and that he was covered in sore boils head-to-toe; but in the spiritual realm, it was actually Satan stretching out its hands to Job and abusing him, and even more so was Satan and God having a bet. However, afterward, seeing Job had never forsaken God’s name during his trials, and finding itself without schemes to carry out, Satan fled in panic and would no longer dare to tempt him. At this point, I cannot help thinking that each of us often comes across Satan’s temptations. For example, when we are living a quiet life, suddenly something unfortunate comes upon us, or we ourselves or our family fall ill all of a sudden. Faced with these situations, we will pray, but if we fail to obtain God’s response, then our faith may ebb away and we may even complain against and misunderstand God. In fact, behind this, it is Satan making a wager with God and inciting disharmony between us and God. For another example, when some brothers and sisters are determined to serve God or preach, their family begin to block them or their relatives or friends find them a paid job, thereby swaying their faith and making them lose the chance to serve God and be saved by Him. From the outside, we just contact the people around us, but in reality these occurrences are wars in the spiritual world and are Satan’s temptations of us. Meanwhile, God also uses these trials to test us.

God’s words say: “In every step of work that God does within people, externally it appears to be interactions between people, as if born of human arrangements or from human interference. But behind the scenes, every step of work, and everything that happens, is a wager made by Satan before God, and requires people to stand firm in their testimony to God. Take when Job was tried, for example: Behind the scenes, Satan was making a bet with God, and what happened to Job was the deeds of men and the interference of men. Behind every step of work that God does in you is Satan’s wager with God—behind it all is a battle.” We can see from these words that in the environments that we encounter every day, externally they appear to be the deeds or disruption of our relatives or friends, but behind the scenes, Satan uses these people to disturb us to make us distance ourselves from God, continue to live under its domain and thus be controlled and harmed by it. While we are being tempted by Satan, God and Satan are both seeing whether we follow Satan or rely on God’s words to overcome Satan and thus stand witness for God. If we follow Satan, then we will lose one chance to be saved by God; if we are like Job, who did not deny God but stood testimony regardless of what temptations befell him, then Satan will no longer tempt us. So from God’s words and Job’s trials, we can see that these environments that befall us all have God’s intentions behind them and even more His expectations of us. As long as we seek God’s will and rely on God during trials, we will surely stand witness and be saved and perfected by God. Accordingly, our faith will become ever stronger and our God-loving heart ever purer.

Read more on our Sermons on Trials and Tribulations page, or click on the related articles below:

• How Can We Face Trials From God Audaciously and Calmly?

What Should We Do When We Face Trials?

In the course of our believing in God, we will all encounter some trials, both big and small. Often times, however, we will be thrown into a panic or blame and misunderstand God, and thus live in torment. Then how shall we treat these trials in accordance with God’s wishes when faced with them? Every […]

By Xiaorui Regarding salvation, many brothers and sisters say with confidence: “The Bible says: ‘That if you shall confess with your mouth the Lord Jesus, and shall believe in your heart that God has raised Him from the dead, you shall be saved. For with the heart man believes to righteousness; and with the mouth […]

Does the Idea of the Trinity Hold up?

Early one morning, the birds were chirping outside the widow. As always, I got up and began to practice spiritual devotion. As I read the Lord’s words, “The first of all the commandments is, Hear, O Israel; The Lord our God is one Lord: And you shall love the Lord your God with all your […]

As for the Ten Commandments in the Bible, You Should Know 3 Important Meanings of Them