And the LORD said to Moses, Rise up early in the morning, and stand before Pharaoh; see, he comes forth to the water; and say to him, Thus said the LORD, Let my people go, that they may serve me. Else, if you will not let my people go, behold, I will send swarms of flies on you, and on your servants, and on your people, and into your houses: and the houses of the Egyptians shall be full of swarms of flies, and also the ground where on they are. And I will sever in that day the land of Goshen, in which my people dwell, that no swarms of flies shall be there; to the end you may know that I am the LORD in the middle of the earth. And I will put a division between my people and your people: to morrow shall this sign be. And the LORD did so; and there came a grievous swarm of flies into the house of Pharaoh, and into his servants’ houses, and into all the land of Egypt: the land was corrupted by reason of the swarm of flies. 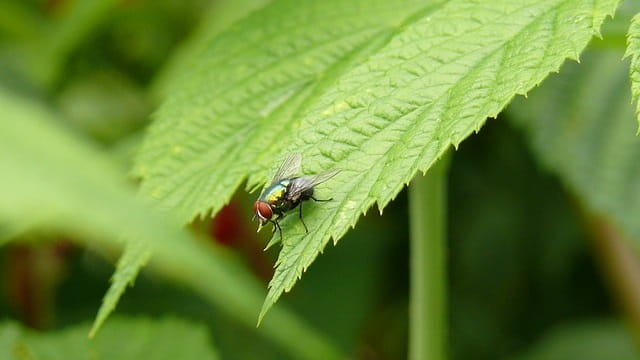 And Pharaoh called for Moses and for Aaron, and said, Go you, sacrifice to your God in the land. And Moses said, It is not meet so to do; for we shall sacrifice the abomination of the Egyptians to the LORD our God: see, shall we sacrifice the abomination of the Egyptians before their eyes, and will they not stone us? We will go three days’ journey into the wilderness, and sacrifice to the LORD our God, as he shall command us. And Pharaoh said, I will let you go, that you may sacrifice to the LORD your God in the wilderness; only you shall not go very far away: entreat for me. And Moses said, Behold, I go out from you, and I will entreat the LORD that the swarms of flies may depart from Pharaoh, from his servants, and from his people, to morrow: but let not Pharaoh deal deceitfully any more in not letting the people go to sacrifice to the LORD.

And Moses went out from Pharaoh, and entreated the LORD. And the LORD did according to the word of Moses; and he removed the swarms of flies from Pharaoh, from his servants, and from his people; there remained not one. And Pharaoh hardened his heart at this time also, neither would he let the people go.

Most people also read: Christian Documentary “The One Who Holds Sovereignty Over Everything”: Testimony of the Power of God

Bible Story - The teachings of the Lord Jesus

Love Your Enemies – Matthew 5 (Matthew 5:38-48) You have heard that it has been said, An eye for an eye, and a tooth for a tooth: But I say to you, That you resist not evil: but whoever shall smite you on your right cheek, turn to him the other also. And if any […]

Two Blind Men Receive Sight (Matthew 20:29-34) 29And as they departed from Jericho, a great multitude followed him. 30And, behold, two blind men sitting by the way side, when they heard that Jesus passed by, cried out, saying, Have mercy on us, O Lord, you son of David. 31And the multitude rebuked them, because they should hold their peace: […]