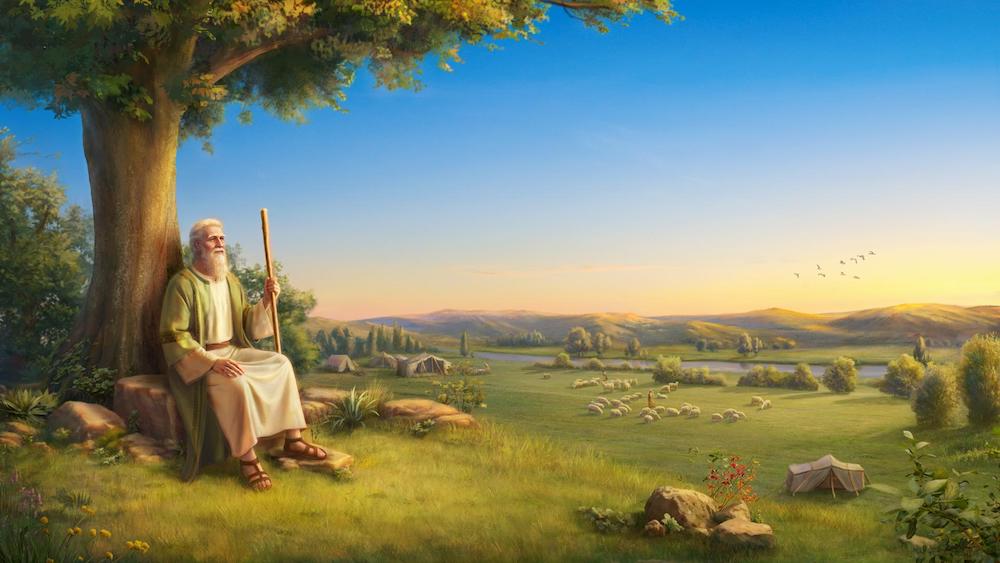 And the LORD turned the captivity of Job, when he prayed for his friends: also the LORD gave Job twice as much as he had before. Then came there to him all his brothers, and all his sisters, and all they that had been of his acquaintance before, and did eat bread with him in his house: and they bemoaned him, and comforted him over all the evil that the LORD had brought on him: every man also gave him a piece of money, and every one an earring of gold. So the LORD blessed the latter end of Job more than his beginning: for he had fourteen thousand sheep, and six thousand camels, and a thousand yoke of oxen, and a thousand she asses. He had also seven sons and three daughters. And he called the name of the first, Jemima; and the name of the second, Kezia; and the name of the third, Kerenhappuch. And in all the land were no women found so fair as the daughters of Job: and their father gave them inheritance among their brothers. After this lived Job an hundred and forty years, and saw his sons, and his sons’ sons, even four generations. So Job died, being old and full of days.

• Bible Study on Job: The 3 Manifestations of Job’s Fear of God

Story of Job
Previous Job 1 – The Temptation of Job: Job Loses His Children and Property

When he was come down from the mountain, great multitudes followed him. And, behold, there came a leper and worshipped him, saying, Lord, if you will, you can make me clean. And Jesus put forth his hand, and touched him, saying, I will; be you clean. And immediately his leprosy was cleansed. And Jesus said to him, See […]

The Seventh Plague: Hail Exodus 9：13-35 And the LORD said to Moses, Rise up early in the morning, and stand before Pharaoh, and say to him, Thus said the LORD God of the Hebrews, Let my people go, that they may serve me. For I will at this time send all my plagues on your […]