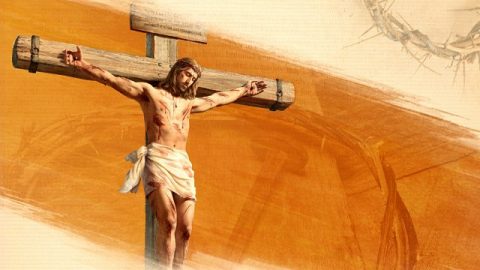 As we all know, at the end of the Age of Law, because mankind was becoming more and more corrupted by Satan and was unable to keep the law, they were all in danger of being put to death by the law. In order to redeem man from sin, the Lord Jesus became flesh, He healed the sick and cast out demons and He bestowed on man endless grace. Ultimately, He was crucified for man’s sake, He gave His holy flesh as a sin offering, and He redeemed man from sin. After that, as long as we believed in the Lord and confessed our sins to Him, then our sins could be forgiven, and we could enjoy the grace the Lord bestowed on us. Mankind was also no longer to be put to death by the law, and we were able to live on. This is the true meaning of the Lord Jesus’ words when He said, “It is finished.”

What is undeniable, however, is that, although we have accepted the Lord Jesus’ salvation and our sins have been forgiven, our sinful nature still exists and we continue to live in a repeated cycle of sinning in the daytime and confessing at night, totally incapable of casting off the bonds of sin. For example, we often tell lies and commit sins, we have greedy desires and wicked thoughts, we can be jealous of others and can hate others, our hearts are filled with arrogance, deceit and deception, and we are even capable of following worldly trends, lusting for riches and coveting vanity, and when we encounter trials and tribulations, we even blame God, and so on. The Bible says, “For the wages of sin is death” (Romans 6:23). “Holiness, without which no man shall see the Lord” (Hebrews 12:14). The Lord Jesus said, “Truly, truly, I say to you, Whoever commits sin is the servant of sin. And the servant stays not in the house for ever: but the son stays ever” (John 8:34–35). God says, “You must know what kind of people I desire; those who are impure are not permitted to enter into the kingdom, those who are impure are not permitted to besmirch the holy ground. Though you may have done much work, and worked for many years, in the end if you are still deplorably filthy, then it will be intolerable to the law of Heaven that you wish to enter My kingdom! From the foundation of the world until today, never have I offered easy access to My kingdom to those who curry favor with Me. This is a heavenly rule, and no one can break it!” God is holy and His disposition is righteous, and His kingdom permits no filthy people to enter. If we have only had our sins forgiven, if our inner sinful nature has not been uprooted, and we are still capable of committing sins and resisting God, then we will be unqualified to meet face to face with God or to enter into His kingdom—this is decided by God’s righteous disposition.

In the beginning, the mankind whom God created were unsullied. They lived in the Garden of Eden, they heeded God’s words and they worshiped God. Later, Adam and Eve were deceived by the serpent and ate the fruit of the tree of the knowledge of good and evil, and thus they were corrupted by Satan. In order to save man from the domain of Satan and to enable man to detach themselves from sin and be purified, God began His plan to save mankind and began to work to save man, one stage at a time. For example, God proclaimed the law through Moses and He guided man in their lives on earth, so that they would know what sin was and how to make offerings; later, once again according to the needs of corrupt mankind, God began the Age of Grace, the Lord Jesus became flesh, He gave to man the way of repentance, and He was then crucified for man’s sake, thereby redeeming man from sin. And yet our sinful nature continues to exist, and we carry on living in a cycle of sinning and confessing, powerless to escape. We have not been purified, we are unworthy to enter into God’s kingdom, and we still need God to perform a further stage of salvation.

The Lord Jesus prophesied, “I have yet many things to say to you, but you cannot bear them now. However, when He, the Spirit of truth, is come, He will guide you into all truth: for He shall not speak of Himself; but whatever He shall hear, that shall He speak: and He will show you things to come” (John 16:12–13). “And if any man hear My words, and believe not, I judge him not: for I came not to judge the world, but to save the world. He that rejects Me, and receives not My words, has one that judges him: the word that I have spoken, the same shall judge him in the last day” (John 12:47–48). The Bible predicted, “For the time is come that judgment must begin at the house of God” (1 Peter 4:17). From these prophecies, we can see clearly that, when the Lord returns in the last days, He shall express the truth and perform the work of judgment beginning in God’s house. That is, He shall come to thoroughly cleanse man and save man; He shall uproot the sin within man and enable man to cast off sin and be purified, so that we may attain true salvation and enter into God’s kingdom. Only then will all the work of God’s management plan be finished. This precisely fulfills the prophecy in the Book of Revelation: “It is done. I am Alpha and Omega, the beginning and the end. I will give to him that is thirsty of the fountain of the water of life freely. He that overcomes shall inherit all things; and I will be his God, and he shall be my son. But the fearful, and unbelieving, and the abominable, and murderers, and fornicators, and sorcerers, and idolaters, and all liars, shall have their part in the lake which burns with fire and brimstone: which is the second death” (Revelation 21:6–8). In the end, God will lead into His kingdom all those who have undergone judgment and chastisement and who have cast off sin and attained purification, and they shall enjoy eternal blessings from God. Those who have not been purified by God’s work of judgment, however, who are still utterly filthy and corrupt, who are still filled with the corrupt dispositions of Satan and are capable of resisting God, will be weeded out and destroyed and cast into the lake which burns with fire and brimstone. Only then will the words “It is done” be fulfilled.

God is the Lord of creation and His wisdom surpasses the heavens, so how can we human beings fathom His work? Faced with God’s work, what we as created beings should do is accept and obey it. In those early days, because the Pharisees clung to their own misconceptions and refused to accept the Lord Jesus’ work, they ended up losing their chance to be redeemed by God. Now, if we continue to rely on our misconceptions and imaginings, and we believe that, by saying “It is finished,” the Lord Jesus meant that God’s salvation work was completely finished and that we don’t need to accept God’s work of judgment beginning in God’s house in the last days, then we will be following in the footsteps of the Pharisees. We won’t then be able to welcome the Lord’s return, we will totally lose out on God’s salvation in the last days, and we will be weeded out and abandoned. The Lord Jesus once said, “Ask, and it shall be given you; seek, and you shall find; knock, and it shall be opened to you” (Matthew 7:7). “Blessed are the poor in spirit: for theirs is the kingdom of heaven” (Matthew 5:3). The Lord is faithful and righteous, and He does not favor anyone; He bestows His blessings on those who seek with an open mind and who focus on listening to His voice. Only by not clinging to our own misconceptions concerning things we don’t understand and by praying and seeking more can we obtain the Lord’s enlightenment and guidance, and we can then welcome the second coming of the Lord.

» You may be interested in reading more on our The Gospel of Jesus Christ page, or in the articles below:

• Can Believers Absolved of Sins Enter the Kingdom of Heaven?

• Can Those Who Live in Sin Lose Their Salvation? My Confusion Is Released

In a Bible study meeting, Brother Zheng, Sister Zhang and several other brothers and sisters had a talk about why the Pharisees wildly resisted the Lord Jesus. Brother Zheng asked in puzzlement: “From the records of the Bible, we can see that the Pharisees were very familiar with the Bible and also yearned for the […]

At dusk, after I prayed to the Lord at my desk, I read chapter 20 of the Gospel of Matthew where it says that those who went into the vineyard early finally got the same wages as those who went late. I thought, “If those of us who have sacrificed and labored for the Lord […]

Having believed in the Lord for ten years, I had read the New Testament so many times, and I had some understanding of the scripture, so I fully believed that I had the ability to understand. Yet, after attending an entirely new kind of discussion the other day, I felt ashamed of what I had […]

13. Jesus Eats Bread and Explains the Scriptures After His Resurrection Luk 24:30–32 And it came to pass, as He sat at meat with them, He took bread, and blessed it, and broke, and gave to them. And their eyes were opened, and they knew Him; and He vanished out of their sight. And they […]