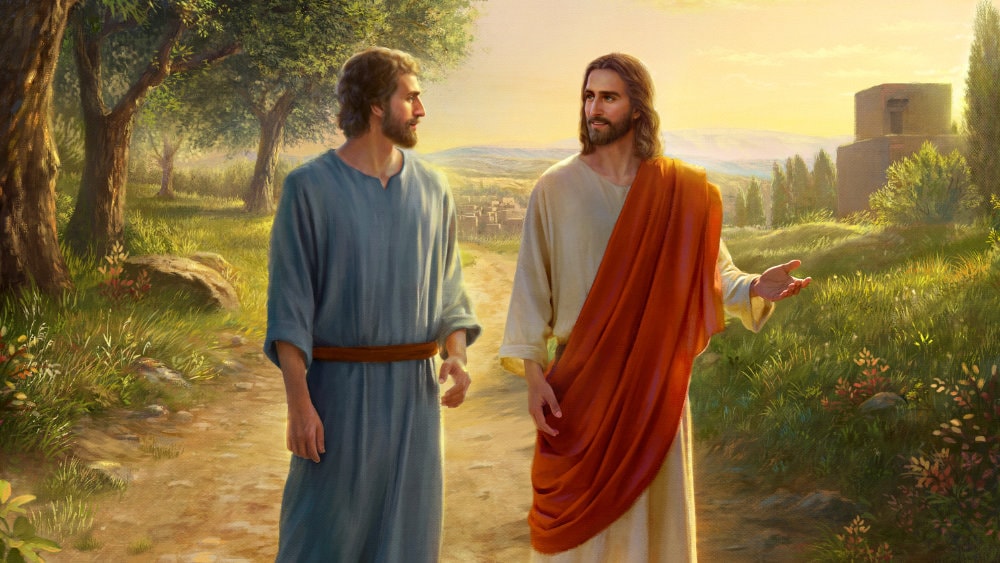 Later, I finally found the reason that Peter gained God’s approval from a book, which says: “Why is it said that Peter is a fruit? Because there are things of worth in him, things worth perfecting; he was resolved to seek the truth and was firm of will; he had reason, was willing to suffer hardship, and loved the truth in his heart, and he did not let go of what came to pass. These are all strong points.” “After a period of experience, Peter saw in Jesus many of the deeds of God, he saw the loveliness of God, and he saw much of God’s being in Jesus. So too did he see that the words Jesus spoke could not have been spoken by man, and that the work Jesus did could not have been done by man. In Jesus’ words and actions, furthermore, Peter saw much of the wisdom of God, and much work of a divine nature. During his experiences, he did not merely come to know himself, but also paid close attention to Jesus’ every action, from which he discovered many new things, namely, that there were many expressions of the practical God in the work that God did through Jesus, and that Jesus differed from an ordinary man in the words He spoke and the actions He took, as well as the way in which He shepherded the churches and the work He carried out. So, Peter learned from Jesus many lessons that he was supposed to learn, and by the time Jesus was about to be nailed to the cross, he had gained a certain amount of knowledge of Jesus—knowledge that became the basis of his lifelong loyalty to Jesus and of his upside-down crucifixion which he suffered for the sake of the Lord.” 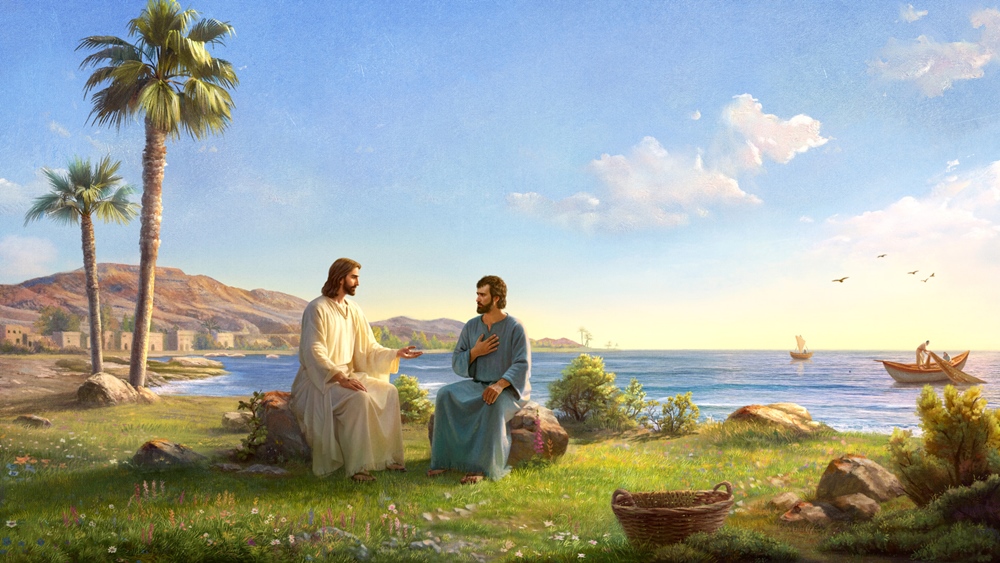 “Though there were three times when Peter denied knowing Christ, and though he tempted the Lord Jesus, such slight human weakness bore no relation to his nature, it did not affect his future pursuit, and it cannot sufficiently prove that his temptation was the act of an antichrist. Normal human weakness is something shared by all people in the world—do you expect Peter to be any different? … Though the many years of painful experiences of Peter are not recorded in the Bible, this does not prove that Peter did not have real experiences, or that Peter was not made perfect. How can the work of God be fully fathomed by man?” “Peter was made perfect through experiencing dealing and refinement. He said, ‘I must satisfy God’s desire at all times. In all that I do I only seek to satisfy God’s desire, and whether I am chastised, or judged, still I am happy to do so.’ Peter gave his all to God, and his work, words, and entire life were all for the sake of loving God. … What Peter cared about was the true love within his heart, and that which was practical and could be achieved. He did not care about whether he would receive a reward, but about whether his disposition could be changed. … The experiences of Peter were in order to achieve true love and true knowledge of God. His experiences were in order to gain a closer relationship to God, and to have a practical living out. … For God, the more that people seek a true love for God and complete obedience to God, which also means seeking to perform their duty as a creature of God, the more they are able to gain God’s approval.” From these words, I saw that Peter was a man who pursued the truth, and he was innocent and honest, had a resolution, could suffer hardship, and when he encountered something he would not let it go. He had many things worth being made perfect by God. In the process of his following God, he especially focused on pursuing to know God’s deeds, and thus he was certain of the identity of the Lord Jesus. His three denials of the Lord Jesus before His crucifixion were due to his normal human weakness. At that time, Judaism joined hands with the Roman government and crazily arrested the disciples of the Lord Jesus, and the disciples were in danger of losing their lives once they were caught. In that situation, anyone would be weak. When the Lord Jesus was taken by soldiers, all His disciples were so terrified that they fled away, except Peter who followed Him at a distance. Considering that Peter had followed the Lord Jesus for only about three years, it was a rare and precious thing that his faith could achieve that much. No matter how people judge Peter according to their conceptions, God clearly knows his heart of love for God and his true stature. The Lord Jesus, before going to the cross, told Peter that he would deny Him three times before the rooster crowed. The Lord knew that man living in the flesh has normal human weakness. God doesn’t remember man’s childishness and temporary weakness, but sees whether he truly rejoices in truth in his heart and looks at his humanity and the path he walks. In the little time before His crucifixion, the Lord Jesus still cared for His disciples. In the revelation of Peter, there was the Lord’s love and His kind intentions. The Lord Jesus knew Peter’s true stature—he had so little knowledge of Him that he did not understand His will and only had a positive belief in Him. If his believing in God was only a belief but not a true faith, he would be incapable of truly satisfying God and would even play the role of Satan to interrupt and disturb God’s work. Therefore, God created such an environment to reveal Peter for him to truly reflect upon his faith.

Peter was a man who sincerely believed in God. This revelation made him gain too much, and it was a major turning point of his faith in God. Through this revelation, He saw that he was so small of stature that he could not genuinely love God as his heart wished, which thus even more stirred up his will to pursue the truth. From then on, he committed his all into God’s hands and all that he did was for the sake of satisfying God. He paid no more attention to enjoying God’s grace and blessings while believing God, but began to perseveringly pursue to know God. After experiencing hundreds of trials and refinements from God in his lifetime, he was nailed upside down on the cross and was made perfect by God and became a man who knew God best among the saints of ages past, and gained God’s approval. He became an exemplar for all those pursuing to love God. From this I have understood that it was because God looked favorably upon Peter’s humanity and pursuit that God at that time gave Peter the keys of the kingdom of heaven. All the work God did on Peter achieved its proper effect, and Peter had a share of God’s kingdom because he pursued to know and love God.

During the time Peter spent with Jesus, he saw many lovable characteristics in Jesus, many aspects worthy of emulation, and many aspects which supplied him. Although Peter saw the being of God in Jesus in many ways, and saw many lovable qualities, he did not know Jesus at first. Peter began following Jesus when he […]
3:52

Peter was faithful to God for years, yet he never had a complaining heart. Even Job was not his equal, much less saints throughout the ages. He not only sought to know God, but to know Him when Satan schemed. Years of service, after God’s heart; Satan could not exploit him. Peter knew God, Peter […]

Why Did the Lord Jesus Ask Peter Three Times – Reflection on John 21:16

Today’s Gospel He said to him again the second time, Simon, son of Jonas, love you Me? He said to Him, Yes, Lord; You know that I love You. He said to him, Feed My sheep. - John 21:16 Reflection Every time when I read this verse, I would mull it over: Why did the […]

In What Way Will the Second Coming of the Lord Jesus Happen?

We Christians all know that when the Lord Jesus descends for the second time, He will receive us so that we can be with Him. This is the promise that the Lord has made to us, and also is the greatest longing for all Christians. So welcoming the Lord’s second coming is the most important […]