Sister Zhangxun had been puzzling over something for a few days, and so she went to Sister Wang Zhen’s house to seek and fellowship. After the two of them greeted each other, Zhangxun said, “Sister Wang, a few days ago when I was giving a sermon, some brothers and sisters asked me about Jehovah coming in the Spirit to do His work of guiding the common people of Israel in the Age of Law, and about the Lord Jesus coming in the Age of Grace in the image of the Son of man to appear and do His work. They asked why the Lord Jesus didn’t come in the Spirit to do His work in the Age of Grace, but instead came to earth in the flesh to do His work of redeeming mankind, and couldn’t the Spirit have worked just the same? I don’t understand this aspect of the truth, so I was wondering if you could tell me how you understand it?”

Wang Zhen then gave fellowship, saying, “This passage explains very clearly the difference between God working in the Spirit and God working in the flesh. God’s Spirit is formless and people can neither see it nor feel it; if God appeared to mankind in the Spirit, then we would perceive Him to be shrouded in mystery and unreachable, our understanding of God would be filled with our own notions and imaginings, and we wouldn’t be able to achieve true knowledge of God. Just as the Bible says, ‘And all the people saw the thunder, and the lightning, and the noise of the trumpet, and the mountain smoking: and when the people saw it, they removed, and stood afar off. And they said to Moses, Speak you with us, and we will hear: but let not God speak with us, lest we die’ (Exodus 20:18-19). From this we can see that the Spirit of God speaks like thunder, and this makes people tremble in fright and makes Him difficult to get close to. If the Lord Jesus came in the Spirit to do His work and directly express the truth, then the Israelites of that time would most certainly have felt terrified and panic-stricken, and it would then have been very difficult for God’s work of redemption in Israel to achieve anything. And Jehovah said to Moses: ‘You can not see my face: for there shall no man see me, and live’ (Exodus 33:20). God is holy, and after mankind was corrupted by Satan, we were not able to see His face. If we were to look upon His face, God must then strike us down, and then the result of God’s work to save man would not be achieved. Only by God incarnating as an ordinary, normal man, could we come into contact with God. God incarnated and came amongst us, and according to our shortcomings and deficiencies, He truly expressed the truth to water and supply us, so that we would have a more accurate grasp of God’s will and requirements, and so that we would find the path of practice. As it is recorded in the Gospel of John, a promiscuous married woman was seized and brought before the Lord Jesus, yet the Lord forgave her sins, and enjoined her not to commit that transgression again. And in the Gospel of Matthew it is recorded that Peter asked the Lord Jesus this question: ‘Lord, how oft shall my brother sin against me, and I forgive him? till seven times? Jesus said to him, I say not to you, Until seven times: but, Until seventy times seven’ (Matthew 18:21-22). We can see from these examples that God becoming flesh to work was able to understand and forgive man’s weaknesses and give them the opportunity to repent. He gave people support and nurtured them at all times and in all places, and He gave them the path to practice so that they would have a clear direction in which to proceed, and so that He could better save them. Furthermore, God incarnate came into face-to-face contact with people, eating, abiding and living together with them. This made it easy for them to know God’s disposition, as well as His amiability and respectability from His every word and deed, to see with their own eyes God’s wondrousness and wisdom, to appreciate God’s almightiness and sovereignty, to close the gap between God and man, and to bring to an end the age of our faith in a vague God. These were all the practical results brought about by God becoming flesh. 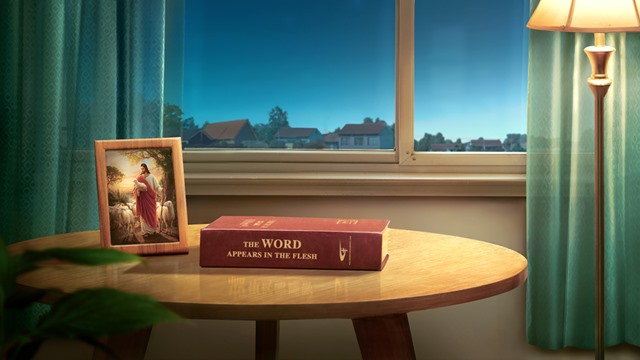 “Another aspect is that God wanted to save mankind, and redeem us from the domain of Satan. Redemption must be done by means of the incarnation, for the Spirit of God could not suffer the pain of mankind in our stead, nor could the Spirit be crucified to absolve our sins. Therefore, God Himself became flesh and was nailed to the cross for mankind’s sake, thus redeeming us from the fetters of the laws and enabling our sins to be forgiven; we would thus no longer be condemned for not being able to keep the laws, and only by this act could Satan be utterly convinced. It can therefore be seen that God becoming flesh and coming to earth to do His work was so very crucial to us corrupt mankind.”

Zhangxun said thoughtfully, “Sister Wang, your fellowship is very enlightening. Were it not for the salvation of the incarnated Lord Jesus, then we would all have been taken captive by Satan for not being able to keep the laws, we would all have died under the laws, and would have had no chance to attain God’s salvation. Moreover, we wouldn’t have been able to truly know God and there would have been no way for us to eliminate the distance between us and God; God becoming flesh to do His work was indeed much more beneficial to saving mankind.”

Sister Wang Zhen nodded her head, and continued: “We in the last days are so deeply corrupted by Satan, and swindling, cheating, stealing and murder are widespread in all parts of the world. The majority of people who believe in God also follow the wicked trends of the world, focusing only on eating, drinking and being merry, and on making money, and there is no place for the Lord in their hearts. Furthermore, there is scheming and intrigues, and competing for positions between co-workers, and we live in inescapable sin. And so even more we need God’s incarnation to save us now! The prophecy that the Lord would return has now been basically fulfilled. The Lord Jesus said, ‘Be you therefore ready also: for the Son of man comes at an hour when you think not’ (Luke 12:40). ‘He that has an ear, let him hear what the Spirit says to the churches’ (See Revelation 2–3). The Lord’s words tell us that when He returns in the last days, He will again appear, work and utter His words with the identity of the Son of man, and if someone testifies that the Lord has become flesh to do His work, then we must be as the wise virgins and go forth to seek and investigate, listen closely to God’s voice, know God from His words and follow the Lamb’s footsteps, for only then will we have the opportunity to attain God’s salvation!”

Zhangxun nodded her head in agreement, and the two of them continued their fellowship …

» Watch more on our Incarnation of God page, or click on the related articles below: 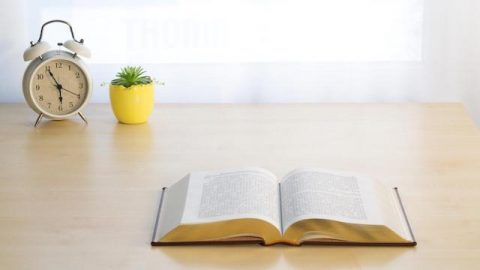 How Will the Lord Jesus Return in the Last Days? 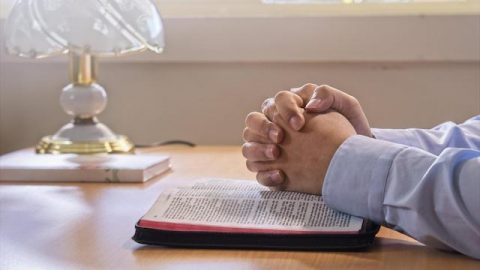 3 Keys to Prepare to Welcome the Coming of the Lord

» Recommended for You: “What a Beautiful Voice” Clip: How Can We Be Sure the Lord Jesus Has Already Returned?

In a Bible study meeting, Brother Zheng, Sister Zhang and several other brothers and sisters had a talk about why the Pharisees wildly resisted the Lord Jesus. Brother Zheng asked in puzzlement: “From the records of the Bible, we can see that the Pharisees were very familiar with the Bible and also yearned for the […]

Since accepting the Lord Jesus’ gospel, I often heard the pastor expound this verse to us: “For God so loved the world, that he gave his only begotten Son, that whoever believes in him should not perish, but have everlasting life” (John 3:16). The Lord Jesus was nailed to the cross, shed all His blood, […]

Each of our brothers and sisters who believes in the Lord Jesus knows that the Lord Jesus did the work of redeeming humanity in the Age of Grace. He not only bestowed compassion and tolerance upon us, teaching us to be tolerant and patient and to repent and confess, but also manifested many miracles, such […]

What Are the Wise virgins? What Are the Foolish Virgins? In a co-worker meeting, Jia Nan said as usual, “Brothers and sisters, now is the late period of the last days when the Lord comes. When the Lord Jesus said, ‘Therefore be you also ready: for in such an hour as you think not the […]