Hello! Through our last fellowship I have gained a lot. Recently, I have got some different understandings through studying the Bible. So I’m writing to communicate with you about them. 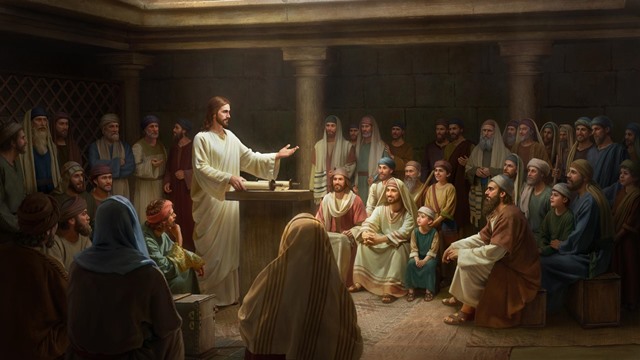 I remember that during our last communication, when talking about the topic of what dispositions God has we can know from the Lord Jesus’ preaching and working, we saw the Bible say, “Then came Peter to him, and said, Lord, how oft shall my brother sin against me, and I forgive him? till seven times? Jesus said to him, I say not to you, Until seven times: but, Until seventy times seven” (Mat 18:21–22), “You shall love the Lord your God with all your heart, and with all your soul, and with all your mind. This is the first and great commandment. And the second is like to it, You shall love your neighbor as yourself” (Mat 22:37–39), and “You have heard that it has been said, You shall love your neighbor, and hate your enemy. But I say to you, Love your enemies, bless them that curse you, do good to them that hate you, and pray for them which spitefully use you, and persecute you; That you may be the children of your Father which is in heaven: for he makes his sun to rise on the evil and on the good, and sends rain on the just and on the unjust” (Mat 5:43–45). After communicating I have understood that the Lord Jesus bestowed plentiful graces and blessings upon man, taught man to be tolerant and patient, and healed man’s illness and drove out the devils within them, in which the disposition God expressed was compassion and love.

However, when I got home, I started thinking: Could it be said that God’s disposition is only mercy and love? Are God’s attitudes toward all people exactly the same? To solve these questions, I looked up the Bible and some spiritual books. Thank the Lord, under the Lord’s guidance I got some new understandings. I have learned that the disposition of God is not only merciful and loving, but majestic and wrathful, and also understood that God treats man in a principled way rather than treating everyone with mercy and love.

When the Lord Jesus was doing His work, He expressed many words and performed many signs and wonders. However, the chief priests, scribes and Pharisees knew clearly that the work and word of the Lord Jesus had authority and power, but they still were arrogant and self-right, held to themselves and relied on their own notions and imaginations to condemn and blaspheme God. In order to protect their own position, they even opposed God in all respects. They not only didn’t seek the true way, but deceived the believers and made them reject the true way. Eventually they nailed the Lord Jesus to the cross, breeding such a disaster. That’s why the Lord Jesus rebuked the Pharisees, condemned them as hypocrites and cursed them for their being the generation of vipers. From this it can be seen that God’s attitude toward those who reject God and hate the truth is hatred, curse and condemnation.

In those cities, the Lord Jesus performed many miracles and gave people plenty of opportunities to repent. But after hearing God’s voice, the people of the cities didn’t accept the Lord Jesus’ warning, and still stubbornly refused to repent to God. At that time God revealed His righteous disposition, warning those people in the cities that if they didn’t repent to God, they would eventually receive more severe punishment than Sodom. As we can see, in treating the hardened and rebellious ones who never repent, the Lord showed profound anger and even punished and cursed them.

But the Lord Jesus had an entirely different attitude toward those who thirsted and sought the truth and truly followed Him. Just as the Bible records, “Jesus knowing that the Father had given all things into his hands, and that he was come from God, and went to God; He rises from supper, and laid aside his garments; and took a towel, and girded himself. After that he pours water into a basin, and began to wash the disciples’ feet, and to wipe them with the towel with which he was girded” (Jhn 13:3–5). These verses show us that the Lord Jesus was full of mercy, love, care and concern in treating the disciples who followed Him, and that He even could wash their feet, because He cherished those who believed in Him, followed Him and listened to Him. The Lord Jesus was gratified by their following.

Let us see what the Lord’s attitude toward those who wanted to eat the loaves and have their fill was. The Lord Jesus performed a miracle to feed five thousand people with five loaves and two fish. We all know this miracle, but have we ever thought about why the Lord left alone after feeding the five thousand people? That was because the Lord Jesus knew that the five thousand people had no understandings and knowledge of Him, that they didn’t want to know Him nor plan to follow Him, and that they merely wanted to gain some grace from Him. Then, what was the Lord’s attitude toward those who didn’t believe in nor follow Him? On one hand, He felt abhorrence, not wanting to pay more attention to them. On the other hand, because of the Lord’s merciful and loving disposition, He bestowed some grace on them, letting them eat their fill. God is the Lord that created all things, and He gives different care to all created beings in His eyes; even though those people only wanted to eat their fill rather than truly following Him, the Lord still took pity on them—this is the Lord’s compassion for man. 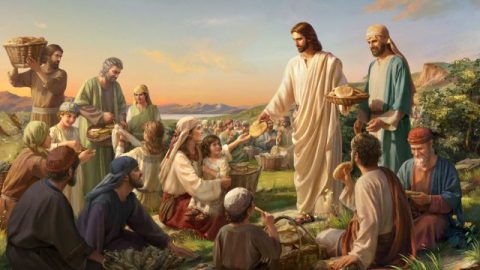 From the Lord’s attitudes toward different kinds of people above, we can see that God’s disposition is not only mercy and love, but also righteousness, majesty, judgment, punishment, and curse. We even more see that the Lord’s disposition is vivid, and that the Lord takes an attitude when treating every person, matter and thing. But since we don’t know God, and have a very one-sided knowledge of God’s disposition, we are apt to define God in our own notions and imaginations, believing that God has only mercy and love in His disposition and takes an unchanging attitude toward all people: No matter what we do, the Lord will always forgive us and show His tolerance and mercy. Little do we know that the Lord treats beautiful and positive things with mercy and love, but when God warns and exhorts people for their evil deeds, if people ignore and despise God’s warning and exhortation and even resist and compete against God to store up His wrath, then God will no longer have pity on them but show profound anger to punish them.

Therefore, if we only have knowledge of God’s merciful and loving disposition but have no knowledge of His majestic and wrathful disposition, then we are likely to offend God’s disposition and be punished and cursed by God. However, compassion and love or profound anger, they are all the expression of God’s righteous disposition. Even though God shows profound anger, it still contains God’s pity and tolerance. Just as Nineveh was the city that God had destined to destroy because of its deeply corrupt people, but when the people of Nineveh knew God’s wrath and repented their sins in sackcloth and ashes, God retracted His wrath and then took pity on them. From these we can see that no matter in what way God treats people, as long as they can repent their sins, and forsake their evil deeds and turn away from their evil ways from the bottom of their heart, God will turn His attitude toward man, because God’s salvation for man does not change in substance and God’s love for man will never change!

Sister Xinyi, I’ve finished sharing my understandings. And if you have any different thoughts, you’re welcome to write to communicate with me. I believe that so long as we are willing to seek, no matter how many problems and difficulties there are, under the Lord’s guidance, we will be able to solve them easily.

You may be interested in reading more on our Knowing Jesus Christ page, or in the articles below:

Previous How Did God Show His Love to Us Through the Lord Jesus’ Words?
Next Is the Theory of the Trinity in Line With the Lord’s Word?

We Christians will be baptized when beginning to believe in the Lord. Though baptism is merely a ceremony, it represents that we officially return to the Lord Jesus, becoming a Christian. So baptism is an important matter for us believers. In Matthew 3:13–17 it says: “Then comes Jesus from Galilee to Jordan to John, to […]

That Sunday morning was just like any other as I opened my Bible and began my spiritual devotions, when I then saw Hebrews 9:28 that said: “So Christ was once offered to bear the sins of many; and to them that look for Him shall He appear the second time without sin to salvation.” Thinking […]

Two thousand years ago, the Israelites desperately longed for the coming of the Messiah, but when the Lord Jesus, the Messiah, finally arrived, the Pharisees actually nailed Him to the cross, and as a result, the Israelites were subject to God’s punishment—the destruction of Israel. This bitter failure really calls for our reflection: How come […]