As one grows older and matures, one grows more distant from one’s parents and the environment in which one was born and raised, and instead one begins to seek a direction for one’s life and pursue one’s own life goals in a way of life different from one’s parents. During this time one no longer needs one’s parents, but rather a partner with whom one can spend one’s life: a spouse, a person with whom one’s fate is intimately entwined. In this way, the first major event that one faces following independence is marriage, the fourth juncture one must pass through.

1. One Has No Choice About Marriage

Marriage is a key event in any person’s life; it is the time when one starts truly to assume various kinds of responsibilities, begins gradually to fulfill various kinds of missions. People harbor many illusions about marriage before they experience it themselves, and all these illusions are beautiful. Women imagine that their other halves will be Prince Charming, and men imagine that they will marry Snow White. These fantasies go to show that every person has certain requirements for marriage, their own set of demands and standards. Though in this evil age people are constantly bombarded with distorted messages about marriage, which create even more additional requirements and give people all sorts of baggage and strange attitudes, any person who has experienced marriage knows that no matter how one understands it, no matter what one’s attitude toward it is, marriage is not a matter of individual choice.

One encounters many people in one’s life, but no one knows who will become one’s partner in marriage. Though everyone has their own ideas and personal stances on the subject of marriage, no one can foresee who will finally become their true other half, and one’s own notions count for little. After meeting a person you like, you can pursue that person; but whether he or she is interested in you, whether he or she is able to become your partner, is not yours to decide. The object of your affections is not necessarily the person with whom you will be able to share your life; and meanwhile someone you never expected quietly enters your life and becomes your partner, becomes the most important element in your fate, your other half, to whom your fate is inextricably bound. And so, though there are millions of marriages in the world, every one is different: How many marriages are unsatisfactory, how many are happy; how many span East and West, how many North and South; how many are perfect matches, how many are of equal rank; how many are happy and harmonious, how many painful and sorrowful; how many are the envy of others, how many are misunderstood and frowned upon; how many are full of joy, how many are awash of tears and cause despair…. In these myriad marriages, humans reveal loyalty and lifelong commitment toward marriage, or love, attachment, and inseparability, or resignation and incomprehension, or betrayal of it, even hatred. Whether marriage itself brings happiness or pain, everyone’s mission in marriage is predestined by the Creator and will not change; everyone must fulfill it. And the individual fate that lies behind every marriage is unchanging; it was determined long in advance by the Creator.

2. Marriage Is Born of the Fates of Two Partners

Marriage is an important juncture in a person’s life. It is the product of a person’s fate, a crucial link in one’s fate; it is not founded on any person’s individual volition or preferences, and is not influenced by any external factors, but is completely determined by the fates of the two parties, by the Creator’s arrangements and predeterminations regarding the fates of the couple. On the surface of it, the purpose of marriage is to continue the human race, but in truth marriage is nothing but a ritual that one undergoes in the process of fulfilling one’s mission. The roles that people play in marriage are not merely those of rearing the next generation; they are the various roles that one assumes and the missions one must fulfill in the course of maintaining a marriage. Since one’s birth influences the change of the people, events, and things around one, one’s marriage will also inevitably affect them, and furthermore, will transform them in various different ways.

When one becomes independent, one begins one’s own journey in life, which leads one step by step toward the people, events, and things related to one’s marriage; and at the same time, the other person who will make up that marriage is approaching, step by step, toward those same people, events, and things. Under the Creator’s sovereignty, two unrelated people who share a related fate gradually enter into a marriage and become, miraculously, a family, “two locusts clinging to the same rope.” So when one enters into a marriage, one’s journey in life will influence and touch upon one’s other half, and likewise one’s partner’s journey in life will influence and touch upon one’s fate in life. In other words, human fates are interconnected, and no one can fulfill one’s mission in life or perform one’s role completely independently from others. One’s birth has a bearing on a huge chain of relationships; growing up also involves a complex chain of relationships; and similarly, a marriage inevitably exists and maintains in a vast and complex web of human connections, involving every member and influencing the fate of everyone who is a part of it. A marriage is not the product of both members’ families, the circumstances in which they grew up, their appearances, their ages, their qualities, their talents, or any other factors; rather, it arises from a shared mission and a related fate. This is the origin of marriage, a product of human fate orchestrated and arranged by the Creator.

» You may be interested in reading more on our Christian Life page about Marriage Testimonies :

• God’s Will in Marriage: How Does God Show You Who to Marry?

• How She Chose a Right Life Partner 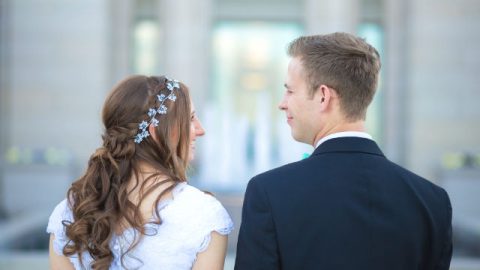 I Finally Find the Secret to Living Harmoniously With My Wife 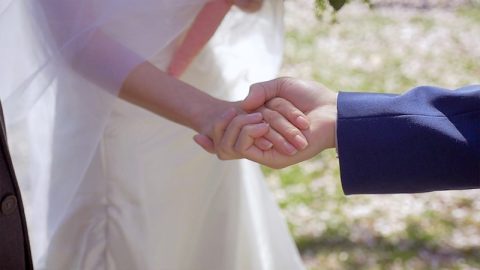 Leave Parents and Join to Your Spouse – Reflection on Matthew 19:5 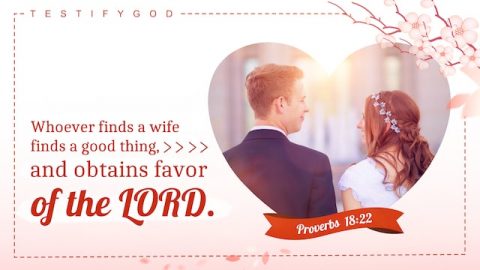 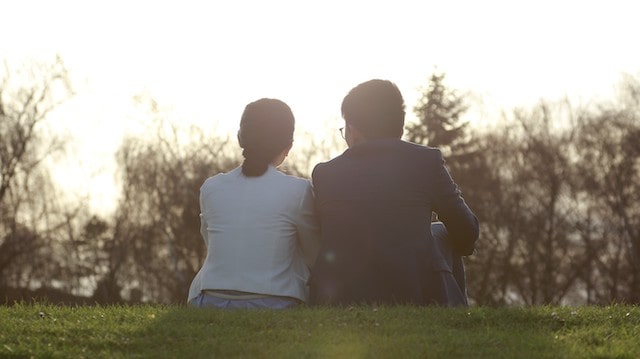 Correct Viewpoints for Christians to Choose a Spouse

None of the Created and Non-created Beings Can Replace the Identity of the Creator
From when He commenced the creation of all things, the power of God began to be expressed, and began to be revealed, for God used words to create all … 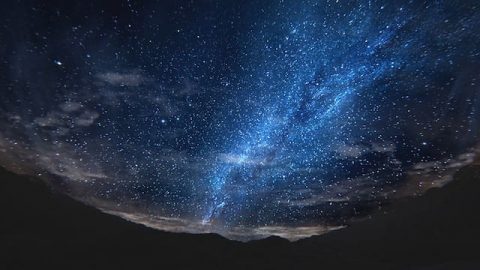 Satan Has Never Dared to Transgress the Authority of the Creator, and Because of This, All Things Live in Order
4. God’s Command to Satan Job 2:6 And Jehovah said to Satan, Behold, he is in your hand; but save his life. This is an excerpt from the Book of Job,…