These two short sentences record a magnificent event, and describe a wonderful scene—the tremendous undertaking in which God governed the waters, and created a space in which man could exist … 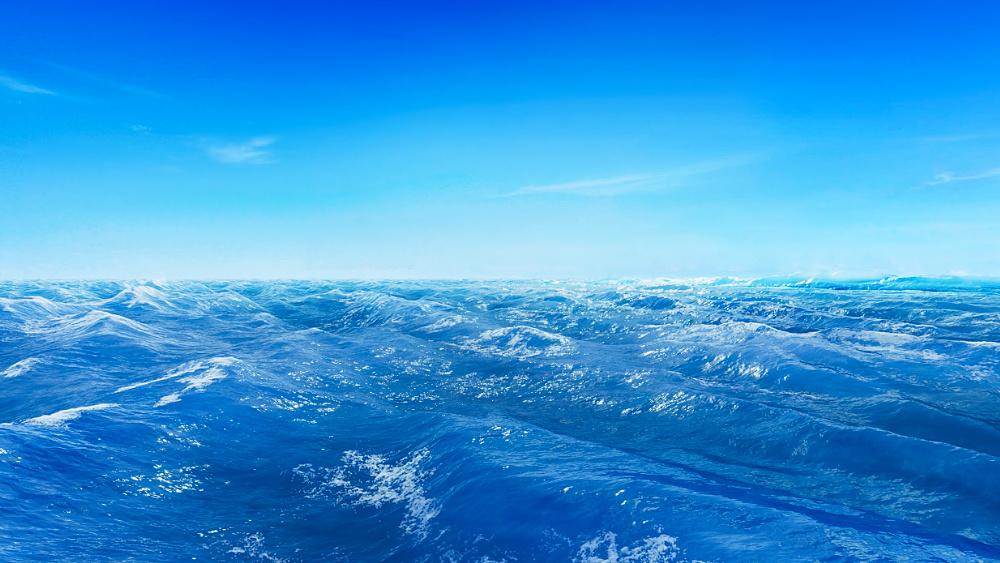 In this picture, the waters and the firmament appear before the eyes of God in an instant, and they are divided by the authority of God’s words, and separated into an “above” and a “below” in the manner appointed by God. This is to say, the firmament created by God not only covered the waters below, but also held up the waters above…. In this, man cannot help but stare, dumbfounded, and gasp in admiration at the might of His authority and at the splendor of the scene in which the Creator moved and commanded the waters, and created the firmament. Through the words of God, and the power of God, and the authority of God, God achieved another great feat. Is this not the might of the Creator’s authority? Let us use the scriptures to explain the deeds of God: God spoke His words, and because of these words of God there was a firmament in the middle of the waters. At the same time, a tremendous change occurred in this space because of these words of God, and it was not change in an ordinary sense, but a kind of substitution in which nothing became something. It was born of the thoughts of the Creator, and became something from nothing because of the words spoken by the Creator, and, furthermore, from this point onward it would exist and stand fast for the sake of the Creator, and would shift, change, and renew in accordance with the thoughts of the Creator. This passage describes the second act of the Creator in His creation of the whole world. It was another expression of the authority and power of the Creator, another pioneering undertaking by the Creator. This day was the second day that the Creator had passed since the foundation of the world, and it was another wonderful day for Him: He walked amongst the light, He brought the firmament, He arranged and governed the waters, and His deeds, His authority, and His power were put to work in the new day …

Did this passage once more give you a profound sense of the uniqueness of God? In fact, this is far from enough; the authority and power of the Creator extend far beyond this. His uniqueness is not merely because He is possessed of a substance unlike that of any creature, but also because His authority and power are extraordinary, limitless, superlative to all, and stand above all, and, moreover, because His authority and what He has and is can create life, produce miracles, and create each and every spectacular and extraordinary minute and second. At the same time, He is able to govern the life that He creates and hold sovereignty over the miracles and each and every minute and second that He creates.

• On the Third Day, the Words of God Give Birth to the Earth and the Seas, and the Authority of God Causes the World to Brim With Life

• On the Fourth Day, the Seasons, Days, and Years of Mankind Come Into Being as God Exerts His Authority Once Again

Let us look at Genesis 22:17–18. This is another passage spoken by Jehovah God, in which He said to Abraham, “That in blessing I will bless you, and in multiplying I will multiply your seed as the stars of the heaven, and as the sand which is on the sea shore; and your seed shall […]

After a person has passed through childhood and adolescence and gradually and inevitably reaches maturity, the next step is for them to part completely from their youth, say goodbye to their parents, and face the road ahead as an independent adult. At this point, they must confront all the people, events, and things that an […]