Home » Christian Devotionals » Knowing God » God's Authority » On the Third Day, the Words of God Give Birth to the Earth and the Seas, and the Authority of God…

In the three passages above, we have learned of the occurrence of three great events. These three great events appeared, and were brought into being, through the words of God, and it is because of His words that, one after the other, they appeared before the eyes of God. Thus it can be seen that “God speaks, and it will be accomplished; He commands, and it will stand fast” are not hollow words. This substance of God is confirmed the instant that His thoughts are conceived, and when God opens His mouth to speak, His substance is fully reflected. 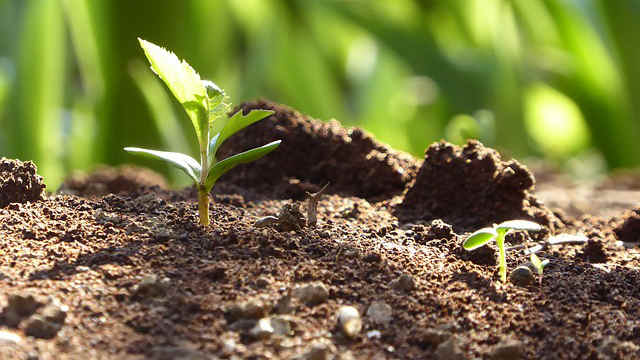 Let us continue to the final sentence of this passage: “And God said, Let the earth bring forth grass, the herb yielding seed, and the fruit tree yielding fruit after his kind, whose seed is in itself, on the earth: and it was so.” While God was speaking, all these things came into being following the thoughts of God, and in an instant, an assortment of delicate little life forms were unsteadily poking their heads up through the soil, and before they had even shaken the bits of dirt from their bodies they were eagerly waving to each other in greeting, nodding and smiling to the world. They thanked the Creator for the life that He bestowed upon them, and announced to the world that they were a part of all things, and that they would each devote their lives to showing forth the authority of the Creator. As the words of God were spoken, the land became lush and green, all sorts of herbs that could be enjoyed by man sprang forth and broke from the ground, and the mountains and plains became thickly populated by trees and forests…. This barren world, in which there had not been any trace of life, was rapidly covered by a profusion of grass, herbs and trees and overflowing with greenery…. The fragrance of grass and the aroma of the soil spread through the air, and an array of plants began to breathe in tandem with the circulation of the air, and began the process of growing. At the same time, thanks to the words of God and following the thoughts of God, all the plants began the perpetual life cycles in which they grow, blossom, bear fruit, and multiply. They began to strictly adhere to their respective life courses, and began to perform their respective roles among all things…. They were all born, and lived, because of the words of the Creator. They would receive the unceasing provision and nourishment of the Creator, and would always tenaciously survive in every corner of the land in order to show forth the authority and power of the Creator, and they would always show forth the life force bestowed upon them by the Creator …

The life of the Creator is extraordinary, His thoughts are extraordinary, and His authority is extraordinary, and so, when His words were uttered, the final result was “and it was so.” Clearly, God does not need to work with His hands when He acts; He merely uses His thoughts to command, and His words to order, and in this way things are achieved. On this day, God gathered the waters together to one place, and let the dry land appear, after which God caused grass to sprout forth from the land, and there grew the herbs yielding seeds, and trees bearing fruit, and God classed them each according to kind, and caused each to contain its own seed. All this was realized according to the thoughts of God and the commands of the words of God, and each appeared, one after the other, in this new world.

When He had yet to commence His work, God already had a picture of what He intended to achieve in His mind, and when God set about achieving these things, which was also when God opened His mouth to speak of the content of this picture, changes in all things began to occur thanks to the authority and power of God. Irrespective of how God did it, or exerted His authority, all was achieved step by step according to God’s plan and because of the words of God, and step by step changes occurred between heaven and earth thanks to the words and authority of God. All of these changes and occurrences showed forth the Creator’s authority, and the extraordinariness and greatness of the power of the Creator’s life. His thoughts are not simple ideas, or an empty picture, but an authority possessed of vitality and extraordinary energy, and they are the power to cause all things to change, recover, renew, and perish. And because of this, all things function because of His thoughts, and, at the same time, are achieved because of the words from His mouth….

Before all things appeared, in the thoughts of God a complete plan had long ago been formed, and a new world had long ago been achieved. Although on the third day there appeared all sorts of plants on the land, God had no reason to halt the steps of His creation of this world; He intended to continue to speak His words, to continue to achieve the creation of every new thing. He would speak, would issue His commands, and would exert His authority and show forth His power, and He prepared everything that He had planned to prepare for all the things and the mankind that He intended to create….

On the Fourth Day, the Seasons, Days, and Years of Mankind Come Into Being as God Exerts His Authority Once Again
Read more

How Much of God’s Creating All Things Do We Really Know? 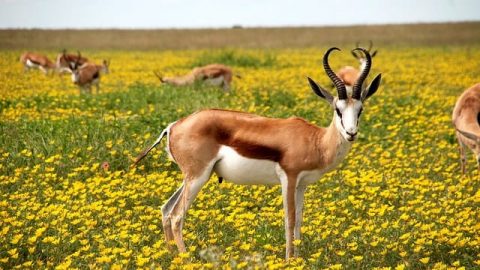 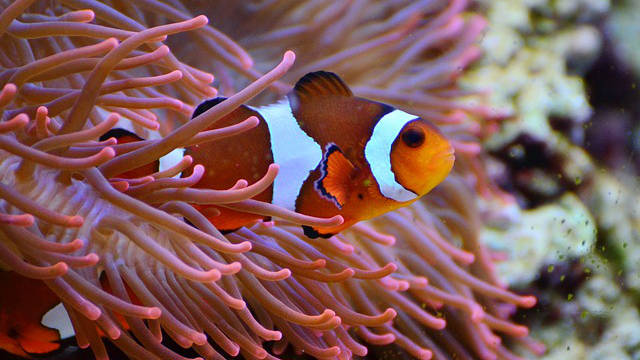 On the Fifth Day, Life of Varied and Diverse Forms Exhibits the Authority of the Creator in Different Ways
On this day, God made the creatures in the waters and the birds of the air, which is to say that He created the various fish and birds, and classed them each according to kind.

Gospel Music 2018 - God's Creation of the World
In the beginning, God created the heavens and earth and all things. A vibrant new world was born. Everything created by God was perfect and beautiful. 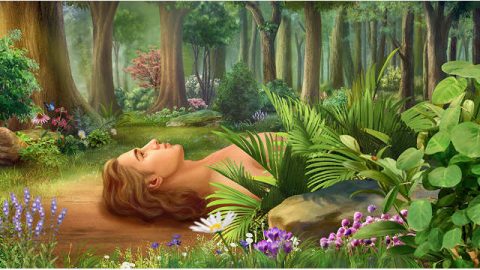 God's Intention In Creating Man – Reflection on Genesis 1:26-27
God's intention in creating man is not to simply let mankind live on the earth and manage all things, but to hope that we mankind can be His companion……