They’ll Know We Are Christian By Our Love – Gospel Reflection on John 13:35 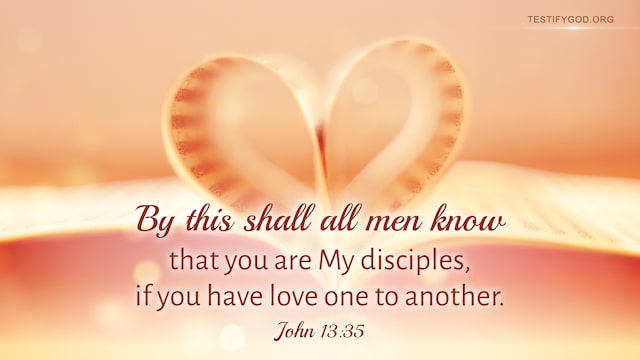 By this shall all men know that you are my disciples, if you have love one to another.  – John 13:35

Jesus’ this sentence reveals to us that we can manifest God and glorify Him if we can love one another. We often say “love one another”, however, we do not live it out in real life. There was a time when I had contact with older brothers and sisters. One of them was an old brother, in his 60s or 70s, who newly bought a laptop intending to read God’s words online. When he asked me about how to create a file, how to set the font and what that button was for, I would teach him patiently. However, when he still could not remember something even though I had taught him many times, I was fed up with him. My tone of voice became harsh. As a result, the old brother dared not ask me anything else. I knew that I was wrong behaving that way, but I couldn’t overcome the sin within. When I saw the old brother some time later, I found he was able to use the laptop. It took him 2 hours to type a short passage before, but now he only needed less than half an hour. I felt happy for him, and meanwhile, I noticed that a young brother had been teaching him. When I saw it, I felt guilty in my heart and regretted that I had not continually helped him.

Later, I read a passage of God’s words, “Regardless of whether you are a younger or an older brother or sister, you know the function you ought to perform. Those in their youth are not arrogant; those who are older are not passive and do not regress. And they are able to use each other’s strengths to make up for their weak points, and they are able to serve one another without any prejudice. A friendship bridge is built between younger and older brothers and sisters. Because of God’s love you are able to better understand one another. Younger brothers and sisters do not look down on older brothers and sisters, and the older brothers and sisters are not self-righteous. Is this not a harmonious partnership? If you all have this resolve, then the will of God will certainly be accomplished in your generation.” God’s words pierced my heart like a two-edged sword. I was brash and arrogant, had no love or true help for the old brother. Other people couldn’t see God’s glory in me. God hopes that we can use each other’s strengths to make up for our weak points, love one another, and live as a human being. Then I repented and confessed before God, and may God change me through His work. Not long after, the old brother had difficulty in using his laptop so he asked me for help. I realized that God had heard my prayer, so I taught him carefully. When he was still unable to learn it, I quieted myself before God and repeatedly taught him. Gradually he learned it. When I saw his smiling face, I felt very happy. Glory be to God! In the following days, I focused on doing things according to God’s words, and my relationships with brothers and sisters became more and more harmonious. In my experience, I tasted that only if we act according to God’s words can we manifest God and glorify Him. Thanks be to the Lord! 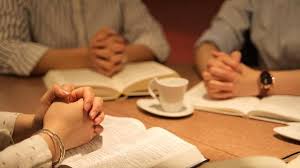 How to Help and Support Brothers and Sisters in Christ: 3 Principles
Read More

Today’s Gospel And at midnight there was a cry made, Behold, the bridegroom comes; go you out to meet him. – Matthew 25:6 Reflection We all know some Bible prophecies about the Lord’s return. Presently, public morals are degenerating with each passing day. The human race is becoming increasingly evil and depraved. Disasters are occurring […]

Reflection on Proverbs 16:3 – Rely on God and God Will Accomplish It

Today’s Gospel Commit your works to Jehovah, and your thoughts shall be established.- Proverbs 16:3 Reflection This verse tells us we should rely on God in all things. Whether the matters are great or small, we should entrust them to God and look up to Him, because God holds sovereignty over everything and there is […]

Treat Other As You Want to be Treated – Reflection on Matthew 7:12

Matthew 7:12 "Therefore all things whatever you would that men should do to you, do you even so to them: for this is the law and the prophets." Reflection While pray-reading this verse, I remember what happened to me recently. One of my colleagues was my church sister. We had a good relationship. We often […]