“And when they were come into the house, they saw the young child with Mary his mother, and fell down, and worshipped him: and when they had opened their treasures, they presented to him gifts; gold, and frankincense and myrrh.”

This verse records that three Magi from the East followed the guidance of a star and found the newly born Lord Jesus. This story is thought-provoking. The three Magi from the East came to Jerusalem to look for the born King of the Jews according to the guidance of the star. They thought that the king should be born in a royal palace, so they went to the royal palace to inquire of King Herod at first. Dispatched to Bethlehem by the King Herod, they continued to follow the star guidance and found the newly born Lord Jesus, bowing down to worship Him and presenting gifts, finally, they received instructions from the Lord in a dream and they did not go back and tell the King Herod. It can be seen that the Magi are follower of the guidance of the Holy Spirit. No matter where Jesus was born, they all believed He is the King of the Jews. They did not refuse to accept the Lord Jesus because of the place where the Lord Jesus was born, and ultimately they did follow the instructions of the Lord to leave instead of obeying Herod’s orders, which avoided the Lord being known by King Herod. This record is a great inspiration to us Christians. At that time, the scribes and Pharisees wantonly condemned, judged and blasphemed the Lord Jesus because the Lord Jesus’ birth and His preachings didn’t conform to people’s notions, eventually they crucified the Lord Jesus, committing the heinous crime of resisting God. From this we can see that we humans are too arrogant and too rebellious! Revealed as God’s Word: “The Jews of the time all read from the Old Testament and knew of Isaiah’s prophecy that a male infant would be born in a manger. Why then, with this knowledge, did they still persecute Jesus? Is this not because of their rebellious nature and ignorance of the work of the Holy Spirit? At that time, the Pharisees believed that the work of Jesus was unlike what they knew of the prophesied male infant; … Can you be such that you accept without question all the work of the Holy Spirit? If it is the work of the Holy Spirit, then it is the right stream. You should accept it without the slightest misgivings, rather than picking and choosing what to accept. If you gain some knowledge from God and exercise some caution against Him, is this not an act truly uncalled for?” It can be seen that only those who always obey the guidance of the Holy Spirit can seek the appearance of God. It is the same when it comes to the return of the Lord Jesus. No matter what God does, only those who seek, accept , and obey God can seek the appearance of God.

• True Meaning of “I stand at the door, and knock”

• Christian Movie “What a Beautiful Voice” Clip: How Can We Be Sure the Lord Jesus Has Already Returned? 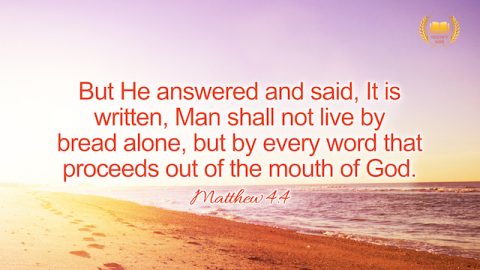 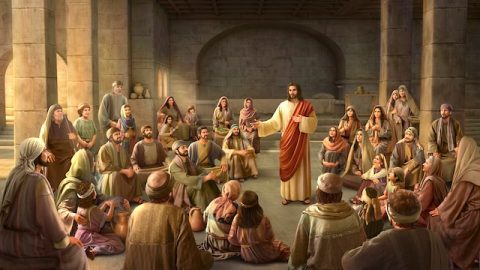 How Did God Show His Love to Us Through the Lord Jesus’ Words?
Do you know the significance of the Lord Jesus’ parable in Matthew 18:12–14? How did God show His love through His words? As I read these words of the Lord and pondered the parable He spoke, I deeply appreciated God’s sincerity in saving us mankind.

God Gives Good Things to Those Who Ask Him – Gospel Reflection on Matthew 7:11
Today’s Gospel If you then, being evil, know how to give good gifts to your children, how much more shall your Father which is in heaven give good thi…