He that walks with wise men shall be wise: but a companion of fools shall be destroyed. – Proverbs 13:20

This verse tells us what kind of people we associate with is wise. If we make friends with wise men, we’ll be wise. If with fools, we’ll surely be destroyed. Then what kind of people are wise? And what kind of people are fools? The Bible says, “The fear of Jehovah is the beginning of wisdom: and the knowledge of the holy is understanding” (Proverbs 9:10). From it we can see that those who can fear God and have knowledge of Him are wise. Just as when the Lord Jesus came to do His work at the Age of Grace, those who followed Him were wise men. For example, Peter, John, Jacob, they followed Jesus at once when they heard His voice, so they were wise men. If we associate with such kind of people, we’ll have the chance to obtain God’s salvation.Whereas, the Jewish chief priests, scribes and Pharisees didn’t have a God-revering heart, much less did they know God. So they were fools. Though they listened to Jesus’ preachings, they didn’t seek or investigate to accept the truths but found fault with Him, resisted and condemned the Lord Jesus, nailed Him to the cross. As a result, they were punished and cursed by God. If we follow such people without discernment, we shall be destroyed, and even cursed and punished by God.

It is the last days of Jesus second coming. How to distinguish between wise men and foolish ones is a major thing that affects whether or not we can be saved. The Lord Jesus prophesied, “And at midnight there was a cry made, Behold, the bridegroom comes; go you out to meet him” (Matthew 25:6). When someone testifies that Jesus has returned, only wise virgins can recognize the voice of God and welcome Him. They themselves not only welcome the reappearance of Jesus, but also can lead brothers and sisters to seek and investigate God’s work of the last days, and gain His salvation in the last days. Conversely, when those stubborn foolish virgins hear the voice of God, they don’t accept, but block brothers and sisters from seeking and investigating the true way, thus losing God’s salvation in the last days. Such people are foolish. Obviously, it is really important to walk with wise men.

“Only those who follow the footsteps of the Lamb to the very end can gain the final blessing, whereas those ‘clever people,’ who are unable to follow to the very end yet believe they have gained all, are incapable of witnessing the appearance of God. They all believe they are the smartest person on earth, and they cut short the continued development of God’s work for no reason at all, and seem to believe with absolute certainty that God will take them up to heaven, they who ‘have the utmost loyalty to God, follow God, and abide by the words of God.’ Even though they have the ‘utmost loyalty’ toward the words spoken by God, their words and actions still feel so disgusting because they oppose the work of the Holy Spirit, and commit deceit and evil. Those who do not follow to the very end, who do not keep up with the work of the Holy Spirit, and who only cleave to the old work have not only failed to achieve loyalty to God, but on the contrary, have become those who oppose God, have become those who are rejected by the new age, and who will be punished. Are there any more pitiable than them? ”

» You may be interested in reading more on our Commentaries on Proverbs page, or in the articles below:

• How to Be Wise Virgins to Welcome Second Coming of Jesus

• Christian Testimony: The Path to the Kingdom of Heaven Is Narrow 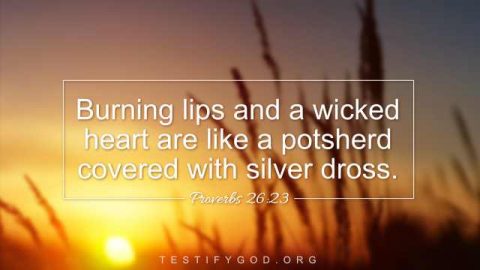 A Wise Approach – Reflection on Proverbs 14:15
Today’s Gospel The simple believes every word: but the prudent man looks well to his going. - Proverbs 14:15 Reflection This verse wants to tell us th… 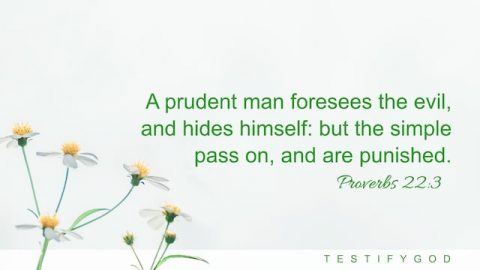 Prudent Men’s Way of Practice – Reflection on Proverbs 22:3
Today’s Gospel A prudent man foresees the evil, and hides himself: but the simple pass on, and are punished. - Proverbs 22:3 Reflection This verse tel…

Edifying Others – Reflection on Proverbs 12:18
Proverbs 12:18 "There is that speaks like the piercings of a sword: but the tongue of the wise is health." Reflection This verse tells us that while g… 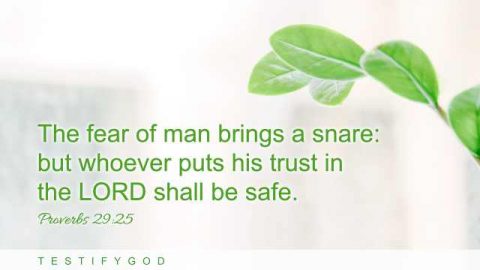