The June 10, 2021 “Ring of Fire” Solar Eclipse Fulfills the Prophecy in Revelation 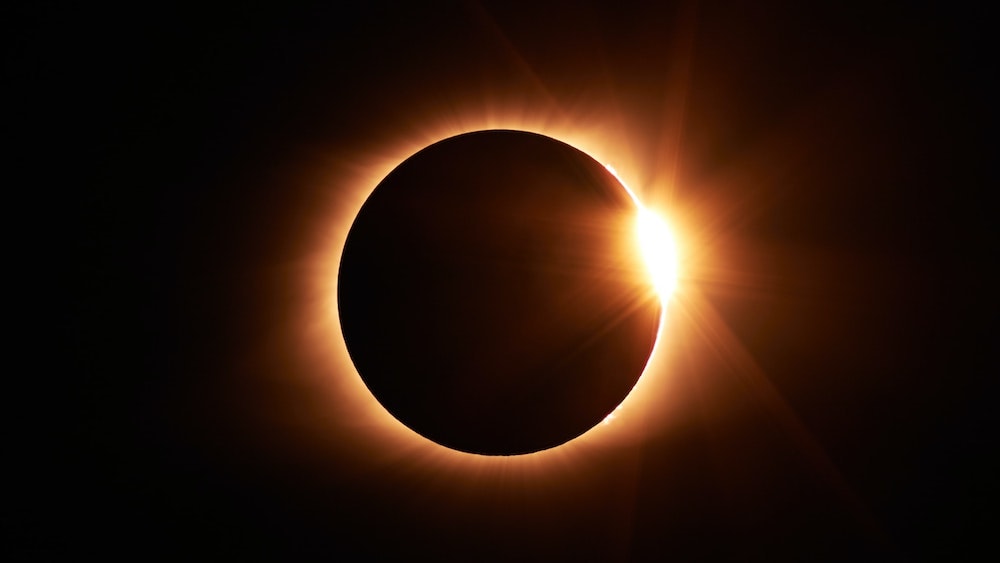 After the super blood moon on May 26, an annular solar eclipse will occur on June 10. Many scholars of the Bible think that the appearances of the blood moon and solar eclipse fulfill the Bible prophecy and portend that the great and terrible day of the Lord is near. That is, the great disasters are on the way. Then let us look at the current situation in the world. While experiencing the pandemic, some places are also being hit by other disasters. For example, Israeli–Palestinian conflict broke out; Mexico is experiencing a widespread drought; unrest rocks Colombia; a cyclone lashes India; a volcano in Congo erupted. … Besides, earthquakes, floods, fires, and other disasters are increasing; the world is in a changeable and turbulent state, and war, violent acts, and terrorist attacks happen frequently and continue to escalate. What Bible prophecies do these signs fulfill? What is God warning us about through these things? The following Bible verses and God’s words have the answers.

And also on the servants and on the handmaids in those days will I pour out my spirit. And I will show wonders in the heavens and in the earth, blood, and fire, and pillars of smoke. The sun shall be turned into darkness, and the moon into blood, before the great and terrible day of the LORD come.

And I beheld when he had opened the sixth seal, and, see, there was a great earthquake; and the sun became black as sackcloth of hair, and the moon became as blood.

Then said he to them, Nation shall rise against nation, and kingdom against kingdom: And great earthquakes shall be in divers places, and famines, and pestilences; and fearful sights and great signs shall there be from heaven.

For nation shall rise against nation, and kingdom against kingdom: and there shall be famines, and pestilences, and earthquakes, in divers places. All these are the beginning of sorrows. 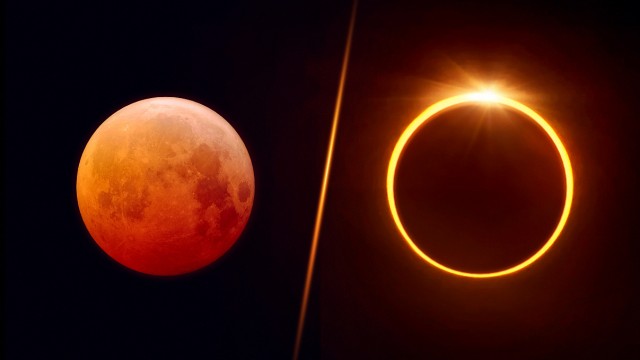 In speaking of the last days, this refers to a separate age, one in which Jesus said you will surely encounter disaster, and encounter earthquakes, famines, and plagues, which will show that this is a new age, and is no longer the old Age of Grace.

Excerpted from “The Vision of God’s Work (3)”

The last days have arrived and countries across the world are in turmoil. There is political disarray, there are famines, pestilences, floods, and droughts appearing everywhere. There is catastrophe in the world of man; Heaven has also sent down disaster. These are signs of the last days.

Open your eyes and look, and you can see My great power everywhere! You can be certain of Me everywhere. The cosmos and the firmament are spreading My great power. The words I have spoken have come true in the warming of the weather, in climate change, in abnormalities within people, in the disorder of social dynamics, and in the deceit within people’s hearts. The sun whitens and the moon reddens; it all is out of balance. Do you really still not see these things?

All manner of disasters will befall, one after another; all nations and places will experience calamities: Plague, famine, flood, drought, and earthquakes are everywhere. These disasters are not just happening in one or two places, nor will they be over within a day or two; rather, instead they will expand across a greater and greater area, and become more and more severe. During this time, all manner of insect plagues will arise one after another, and the phenomenon of cannibalism will occur everywhere. This is My judgment upon all nations and peoples.

When God lets loose His great wrath, the whole world will experience all sorts of disasters as a result, like a volcano exploding. Standing on high in the sky, it can be seen that on the earth, every manner of calamity approaches all of mankind, closer by the day. Looking down from on high, the earth presents a variety of scenes like those that precede an earthquake. Liquid fire rushes unchecked, lava flows freely, mountains shift, and a cold light glitters over all. The entire world has sunk into fire. This is the scene of God unleashing His wrath, and it is the time of His judgment. All those who are of flesh and blood will be unable to escape. Thus, wars between countries and conflicts between people will not be needed to destroy the entire world; instead, the world will “consciously enjoy itself” within the cradle of God’s chastisement. No one will be able to escape; each and every person must pass through this ordeal, one by one. After that, the entire universe will once again sparkle with holy radiance and all of mankind will once again begin a new life. And God will be at rest above the universe and will bless all of mankind each day.

But so long as the old world continues to exist, I will hurl forth My rage upon its nations, openly promulgate My administrative decrees throughout the universe, and visit chastisement upon whosoever violates them:

As I turn My face to the universe to speak, all mankind hears My voice, and thereupon sees all the works I have wrought throughout the universe. Those who set themselves against My will, that is to say, who oppose Me with the deeds of man, will fall under My chastisement. I will take the multitudinous stars in the heavens and make them anew and, thanks to Me, the sun and the moon will be renewed—the skies will no longer be as they were and the myriad things on the earth will be renewed. All will become complete through My words. The many nations within the universe will be partitioned afresh and replaced by My kingdom, so that the nations upon the earth will disappear forever and all will become a kingdom that worships Me; all the nations of the earth will be destroyed and cease to exist. Of the human beings within the universe, all those belonging to the devil will be exterminated, and all who worship Satan will be laid low by My burning fire—that is, except for those now within the stream, all will be turned to ashes. When I chastise the many peoples, those in the religious world will, to varying extents, return to My kingdom, conquered by My works, because they will have seen the advent of the Holy One riding on a white cloud. All people will be separated according to their own kind, and will receive chastisements commensurate with their actions. All those who have stood against Me will perish; as for those whose deeds on earth have not involved Me, they will, because of how they have acquitted themselves, continue to exist on the earth under the governance of My sons and My people. I will reveal Myself to the myriad peoples and the myriad nations, and with My own voice, I will sound forth upon the earth, proclaiming the completion of My great work for all mankind to see with their own eyes.

Two thousand years ago, the Lord Jesus said, “I come quickly” (Revelation 22:7). Now, the Lord has come back and He is expressing the truth and doing His work of purifying and saving mankind, so that people can break free from corruption and be purified and thus survive the disasters and be brought into God’s kingdom. The most important thing for us is to find God’s footsteps and welcome the Lord because only in this way can we get the opportunity to gain God’s protection in great disasters.

Do you want to welcome the Lord soon and have the chance to gain God’s protection in disasters? If yes, please feel free to click on the button at the lower right corner of the screen to contact us on Messenger. We will help you find the way.

In 1989, I believed in the Lord Jesus with my wife. At that time, I was in my 30s and willingly spent and sacrificed for the Lord. Our pastor and elder thought I was a promising young man, so they thought highly of me. Before long, I became a good preacher and often preached the […]

Wu Ming has been a sincere Christian for many years. She likes reading the Bible very much, and is especially curious about Revelation, eager to know what those prophecies in it mean. Once when she saw a passage in Revelation, “And I saw in the right hand of him that sat on the throne a […]

These 4 aspects of Bible verses about the second coming of Jesus Christ will guide you to know when the Lord will return, how He will return, what work He will do upon His return and how to welcome Him. We also provide related articles and videos. Please read and watch them. When Jesus Christ […]