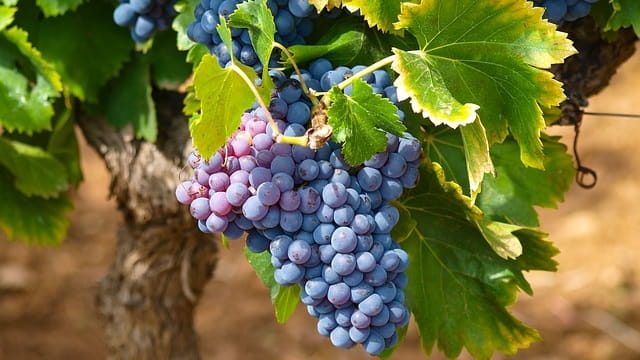 Instructions to the Spies

And Moses sent them to spy out the land of Canaan, and said to them, Get you up this way southward, and go up into the mountain:And see the land, what it is, and the people that dwells therein, whether they be strong or weak, few or many;And what the land is that they dwell in, whether it be good or bad; and what cities they be that they dwell in, whether in tents, or in strong holds;And what the land is, whether it be fat or lean, whether there be wood therein, or not. And be you of good courage, and bring of the fruit of the land. Now the time was the time of the first ripe grapes.

So they went up, and searched the land from the wilderness of Zin to Rehob, as men come to Hamath.And they ascended by the south, and came to Hebron; where Ahiman, Sheshai, and Talmai, the children of Anak, were. (Now Hebron was built seven years before Zoan in Egypt.)

The Reports of the Spies

And they returned from searching of the land after forty days.And they went and came to Moses, and to Aaron, and to all the congregation of the children of Israel, to the wilderness of Paran, to Kadesh; and brought back word to them, and to all the congregation, and showed them the fruit of the land.And they told him, and said, We came to the land where you sent us, and surely it flows with milk and honey; and this is the fruit of it.Nevertheless the people be strong that dwell in the land, and the cities are walled, and very great: and moreover we saw the children of Anak there.The Amalekites dwell in the land of the south: and the Hittites, and the Jebusites, and the Amorites, dwell in the mountains: and the Canaanites dwell by the sea, and by the coast of Jordan.

And Caleb stilled the people before Moses, and said, Let us go up at once, and possess it; for we are well able to overcome it.But the men that went up with him said, We be not able to go up against the people; for they are stronger than we. And they brought up an evil report of the land which they had searched to the children of Israel, saying, The land, through which we have gone to search it, is a land that eats up the inhabitants thereof; and all the people that we saw in it are men of a great stature.And there we saw the giants, the sons of Anak, which come of the giants: and we were in our own sight as grasshoppers, and so we were in their sight. 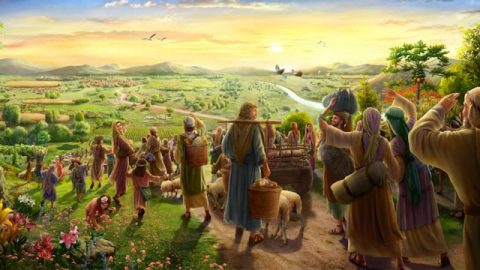 Story of Moses
Previous Numbers 16 - Korah, Dathan, and Abiram and 250 Leaders
Next Exodus 16 - Manna and Quail from Heaven

The Lord of the Sabbath (Matthew 12:1-8) 1At that time Jesus went on the sabbath day through the corn; and his disciples were an hungered, and began to pluck the ears of corn and to eat. 2But when the Pharisees saw it, they said to him, Behold, your disciples do that which is not lawful to do on the sabbath […]

(Matthew 7:1-6) Judge not, that you be not judged. For with what judgment you judge, you shall be judged: and with what measure you mete, it shall be measured to you again.  And why behold you the mote that is in your brother’s eye, but consider not the beam that is in your own eye?  […]