As predicted by relevant experts, two supermoons will appear successively on 19th February and 21st March 2019, being two fantastic astronomical sights that follow on from the “super blood wolf moon” which appeared on 21st January.

Related information states that the term “supermoon” refers to when the full moon moves to its closest point to the earth, its perigee, at which point the moon’s diameter is 14% larger than normal and its brightness also increases by 30%—it is the largest, roundest moon visible to the naked eye. Three supermoons will appear in succession this year, which is a rarely seen astronomical sight. In actual fact, wonderful sights such as blood moons and supermoons have been making constant appearances over recent years, for example the blood moons of 2011 and 2013, the series of four blood moons that appeared through 2014 and 2015, the super blue blood moon of 2018, which also occurred 152 years ago, and the super blood wolf moon that appeared on 21st January 2019 which perfectly combined the three astronomical sights of a supermoon, a blood moon and a wolf moon, and it was hailed as the most dazzling astronomical wonder. 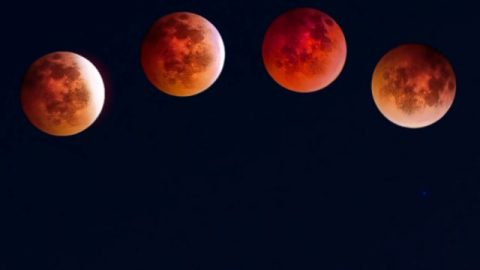 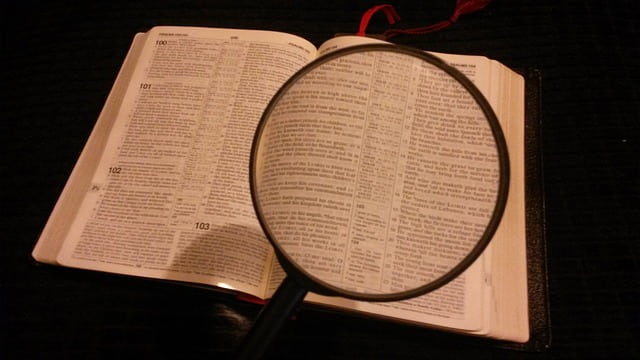 God’s words have uncovered this mystery and told us what work God shall perform before the disasters come. Let’s read together some passages of classic words expressed by God:

Open your eyes and look and you can see My great power everywhere! You can be certain of Me everywhere. The universe and expanse are spreading My great power. The words I have spoken have all come true in the warming of the weather, climate change, people’s anomalies, the disorder of social dynamics, and the deceit of people’s hearts. The sun whitens and the moon reddens; all is in disorder. Do you still not see these?

from “Chapter 39” of Utterances of Christ in the Beginning

from “Chapter 92” of Utterances of Christ in the Beginning

Unknowingly, the situation in every country of the world is increasingly tense, day by day crumbling, day by day falling into chaos. The heads of each country all hope to win power in the end. They do not expect it, but My chastisement is already upon them.

from “Chapter 82” of Utterances of Christ in the Beginning

Today, among the nations of the world, I am doing the work that I have set out to accomplish. I move about in the midst of humankind, doing all the work within My plan, and all humanity is breaking up the sundry nations of the world according to My will. The people on the earth have their attention fixed on their own destination, for the day is drawing closer and the angels are sounding their trumpets. There will be no more delays, and all creation will thereupon begin to dance in jubilation. Who can extend My day at their will? An earthling? Or the stars in the sky? Or the angels? When I make an utterance to initiate the salvation of Israel’s people, My day presses in upon all of mankind. Every man fears the return of Israel. When Israel returns, that will be My day of glory, and it will also be the day when everything changes and becomes renewed. As a righteous judgment imminently approaches the whole universe, all men grow timid and fearful, because in the human world, righteousness is unheard of. When the Sun of righteousness appears, the East will be illuminated, and then it will in turn illuminate the whole universe, reaching everyone. If man can really carry out My righteousness, what would there be to fear? My people all await the arrival of My day, they all long for the coming of My day. They wait for Me to bring retribution on all of mankind and to arrange mankind’s destination in My role as the Sun of righteousness. My kingdom is coming into shape above the whole universe, and My throne holds sway in the hearts of hundreds of millions of people. With the angels’ assistance, My great accomplishment will soon be brought to fruition. All My sons and My people await My return with bated breath, longing for Me to reunite with them, never to be separated again. How could the multitudinous populace of My kingdom not race toward one another in joyful celebration because of My being together with them? Can this be a reunion for which no price need be paid? I am honorable in all men’s eyes, I am proclaimed in the words of all. When I return, I will conquer all enemy forces even more. The time has come! I will put My work in motion, I will reign as King among men! I am on the point of return! And I am about to depart! This is what everyone is hoping for, it is what they wish. I shall let the whole of humanity see the arrival of My day, and let them welcome the coming of My day with joy!

from “Chapter 27” of God’s Words to the Entire Universe

Throughout the universe I am doing My work, and in the East, thunderous crashes issue forth endlessly, shaking all nations and denominations. It is My voice that has led all men into the present. I shall cause all men to be conquered by My voice, to fall into this stream, and submit before Me, for I have long since reclaimed My glory from all the earth and issued it forth anew in the East. Who does not long to see My glory? Who does not anxiously await My return? Who does not thirst for My reappearance? Who does not pine for My loveliness? Who would not come to the light? Who would not look upon the richness of Canaan? Who does not long for the return of the Redeemer? Who does not adore the Great Almighty? My voice shall spread throughout the earth; I wish, facing My chosen people, to speak more words to them. Like the mighty thunders that shake the mountains and rivers, I speak My words to the whole universe and to mankind. Hence the words in My mouth have become man’s treasure, and all men cherish My words. The lightning flashes from the East all the way to the West. My words are such that man is loath to give them up and at the same time finds them unfathomable, but rejoices in them all the more. Like a newborn infant, all men are glad and joyful, celebrating My coming. By means of My voice, I shall bring all men before Me. Thenceforth, I shall formally enter into the race of men so that they will come to worship Me. With the glory that I radiate and the words in My mouth, I shall make it such that all men come before Me and see that the lightning flashes from the East and that I have also descended unto the “Mount of Olives” of the East. They will see that I have already long been on earth, no longer as the Son of the Jews but as the Lightning of the East. For I have long since been resurrected, and have departed from mankind’s midst, and then reappeared with glory among men. I am He who was worshiped countless ages before now, and I am also the infant forsaken by the Israelites countless ages before now. Moreover, I am the all-glorious Almighty God of the present age! Let all come before My throne and see My glorious countenance, hear My voice, and look upon My deeds. This is the entirety of My will; it is the end and the climax of My plan, as well as the purpose of My management. Let every nation worship Me, every tongue acknowledge Me, every man repose his faith in Me, and every people be subject unto Me!

Previous Blood Moon in the Bible Appears in 2022: The Great and Terrible Day of Jehovah Is Coming
Next Required Reading for Christians: The Right Approach to Biblical Prophecies

Blood Moon in the Bible Appears in 2022: The Great and Terrible Day of Jehovah Is Coming

The Sign of the Last Days: Flower Blood Moon to Be Seen on May 16 As predicted by relevant experts, a flower blood moon lunar eclipse will be visible in the sky on May 16, 2022. The frequent occurrence of blood moons in recent years has attracted the attention of many biblical scholars. This is […]