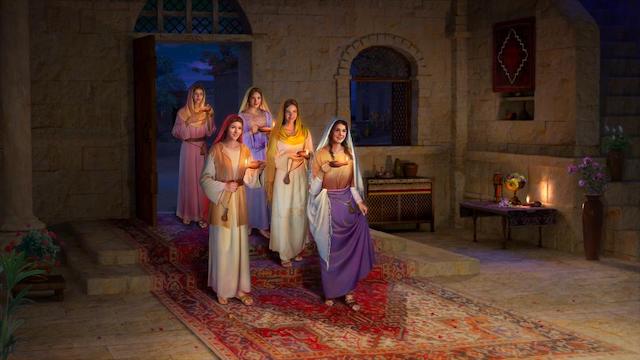 As Christians, we all hope that we can be wise virgins, attend the wedding feast of the Lamb and be raptured up into the heavenly kingdom when the Lord comes again, yet many of us don’t understand how to welcome the Lord’s return and attend the wedding feast of the Lamb. On this issue, I will talk a little bit about my understanding from three aspects.

First, when it comes to the Lord’s return, we should have an attitude of humbly seeking and must not define God’s work based upon our own conceptions and imaginations.

The Lord Jesus once taught us, “Blessed are the poor in spirit: for theirs is the kingdom of heaven” (Mat 5:3). So, when hearing someone preaching the Lord’s return, we should humbly seek the truth, put aside our own conceptions and imaginations, and seek and investigate actively. Just as the Lord Jesus said, “Behold, the bridegroom comes; go you out to meet him” (Mat 25:6).

Why is it only through putting aside our notions and imaginations and seeking with an open mind that we can welcome the Lord’s return and attend the wedding feast of the Lamb? There is some truth to be sought here. As everyone knows, it was prophesied in the Bible that Christ would come and be called the Messiah, yet when Christ came, He was named Jesus; it was prophesied that the King of the Jews would be born, and then the Jewish people at that time imagined that the King would certainly be born in a palace, yet in fact the Lord Jesus was born in a manger in Bethlehem; it was prophesied that the King of the Jews would come to power, yet when the Lord Jesus came He didn’t assume power as they had imagined, but instead He taught man to be tolerant and patient and was even nailed to the cross in the end. In the face of the appearance and work of the Lord Jesus that didn’t conform with man’s conceptions and imaginations, the Jews had no shred of a seeking heart, but instead abandoned the Lord Jesus and didn’t believe that He was the coming Messiah. As a result, they lost the salvation of the Lord Jesus and moreover, because they resisted and condemned Him and crucified Him, they offended God’s disposition and suffered His punishment—the nation of Israel being subjugated for almost two thousand years. From this we can see that though the Jews of that time all longed for the arrival of the Messiah, when the Messiah really came, they lived in their conceptions and imaginings, didn’t humbly seek but even resisted and condemned God’s work, which caused the tragedy finally. Their failure gives us a warning and reminds us that we must not rely on our conceptions to measure and define God’s appearance and work, but instead be people who possess sense and seek humbly. Only in this way will we be able to see God’s appearance and attend the wedding feast of the Lamb.

Second, we must have discernment and think for ourselves with regard to the Lord’s arrival.

The Lord Jesus reminded us, “Take heed, beware of the leaven of the Pharisees” (Mak 8:15). These words tell us that we should have discernment, see through Satan’s schemes and prevent ourselves from deception. When we hear someone spreading the good news of the Lord’s arrival and want to seek and investigate, the pastors and elders often say to us, “You have small statures and you are lacking in discernment. So if someone says that the Lord has returned, you must not listen, see or study it, in case you start believing wrongly.” Is this really how it is? In the Book of Romans, chapter 10, verse 17, it says, “So then faith comes by hearing, and hearing by the word of God.” Our belief in the Lord Jesus comes from hearing about the way, and if we don’t listen to sermons, we won’t believe in God. If we don’t listen and investigate for fear of being deceived, then how will we be able to welcome the Lord’s return and attend the marriage supper of the Lamb? So we should have discernment on the things said by others that block us from listening to sermons. Besides, we must not be like the Jews back in those days who lacked discernment. At that time, they blindly believed in what the Pharisees and the chief priests said, and had no discernment about the essence of them protecting their status and livelihoods and keeping control over people. In the end, because of believing the rumors from the Pharisees, they lost the salvation of the Lord Jesus. We must learn from their failures. In regard to the Lord’s return, we should think for ourselves so that we won’t follow in the footsteps of those who had failed.

Third, we must be as the wise virgins and focus on listening to God’s voice.

The Book of Revelation also prophesies, “He that has an ear, let him hear what the Spirit says to the churches” (Rev 3:22). “Behold, I stand at the door, and knock: if any man hear My voice, and open the door, I will come in to him, and will sup with him, and he with Me” (Rev 3:20). From these words, we can see that if we want to welcome the Lord’s second coming and attend the marriage supper of the Lamb, we must place importance on listening to the words that God says, that is, listening to God’s voice. Just like when the Lord Jesus came to work, Nathanael recognized from the words of the Lord that He was the coming Messiah.

In the beginning, when Philip told Nathanael that Jesus of Nazareth was the Messiah, Nathanael didn’t believe that and said, “Can there any good thing come out of Nazareth?” (Jhn 1:46). Afterward, the Lord Jesus saw Nathanael and said, referring to him, “Behold an Israelite indeed, in whom is no guile!” (Jhn 1:47). “Before that Philip called you, when you were under the fig tree, I saw you” (Jhn 1:48). Nathanael then recognized from the Lord’s words that the Lord was able to examine everything and understand people thoroughly and completely, so he knew that the Lord Jesus was the Son of God and the King of the Israelites, and from then on he followed the Lord Jesus. Similarly, in the last days when the Lord Jesus comes back, we must be as the wise virgins and listen for God’s voice. Only thus will we be able to welcome the Lord and attend the wedding feast of the Lamb.

» You may be interested in reading more on our Second Coming of Jesus Christ page, or in the articles below: 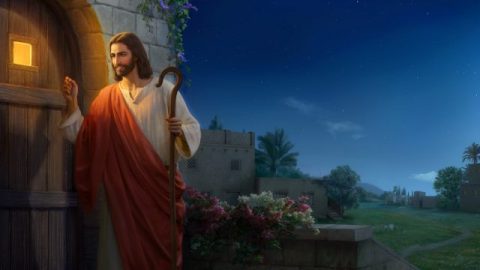 The Lord Jesus Is Standing at the Door and How Can We Welcome Him? 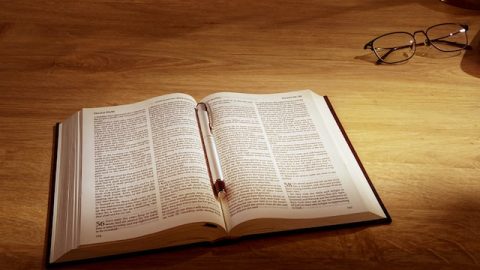 Bible Study on Jesus’ Second Coming Supper of the Lamb Wise Virgins
Previous How Should Christians Prepare for the Day of the Lord?
Next Key Principles of Welcoming the Lord’s Return

4 Principles for Wise Virgins to Recognize the Voice of God

Dear Sister Muzhen, Peace to you in the Lord! I’m very glad to receive your letter. In the letter, you mentioned that the Lord’s coming is near, so in order to be a wise virgin waiting for and welcoming the Lord’s return, you intentionally read the Bible and pray more, and work more for the […]

God’s sheep hear His voice, and only by hearing God’s voice can one meet the Lord returned

How to Ascertain that Almighty God Is the Return of the Lord Jesus?

Question: The Lord Jesus has now returned and He has a new name—Almighty God. Almighty God has expressed the words in the book The Word Appears in the Flesh, and it is the voice of the bridegroom, yet many brothers and sisters are still unable to discern the voice of God. And so, today we […]