What is faith? Many brothers and sisters in the Lord think that as long as they acknowledge God’s name, persist in reading the Bible, meeting and praying, and furthermore are able to sacrifice everything and labor, they are believers who have faith in God. But, this understanding is one-sided. In fact, true faith means that when our mind and body endure great suffering during refinement or adversity, we still don’t misunderstand or complain about God, but instead can obey God and persevere in believing in and following God. 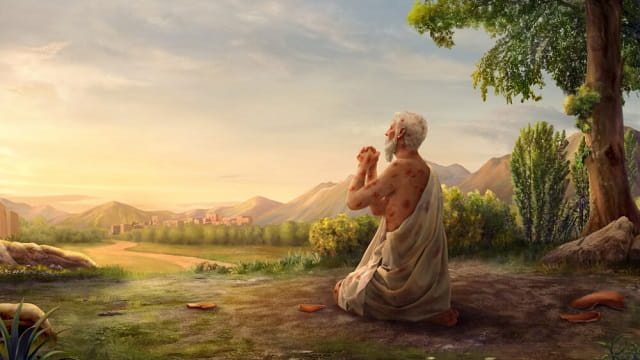 From Biblical records we see: When Job was tempted by Satan, his livestock was robbed from him by bandits, his servants were killed, calamity befell his children, he got sore boils all over his body, and his wife laughed at him and asked him to forsake the name of God. Facing these sudden misfortunes, he endured pain in both his body and spirit. However, he didn’t complain about Jehovah God’s taking away from him, but said, “Jehovah gave, and Jehovah has taken away; blessed be the name of Jehovah” (Job 1:21). He bore a strong and resounding testimony for God, which shamed and defeated Satan. Seeing Job’s faith in Him, God blessed Job doubly, bestowing upon him more cattle, sheep, and beautiful children. And finally Job died, full of days. Job is the model of faith and he is worthy of emulation by each of us believers in the Lord.

From the testimony of Job, we can see that when God blessed him, he believed that everything man has is due to God’s blessings, so he thanked God and worshiped God; when God’s trials befell him, though he didn’t understand and felt pain inside, he still obeyed God and didn’t have any complaints. Only this is true faith in God, and is also the sincere heart of man toward God. Just as God’s words say, “What does this word, ‘faith,’ refer to? Faith is the genuine belief and the sincere heart that humans should possess when they cannot see or touch something, when God’s work does not align with human notions, when it is beyond human reach. This is the faith that I speak of. People are in need of faith during times of hardship and refinement, and faith is something that is followed by refinement; refinement and faith cannot be separated.”

Then, how can we develop true faith in God? This needs us to practically experience and appreciate God’s work in our daily life. When we are able to see God’s mastery, orchestrations and arrangements for our life and God’s authority and deeds, and have a genuine understanding of God through them, then no matter how God’s work doesn’t conform to our conceptions, we will still be able to maintain our faith in God. Just like Job: He only heard of God but he had never seen God. However, he could know God’s sovereignty and see God’s righteousness among all things. For example: Man’s fortune and misfortune, how much money one would possess, and how many children one would have in life—he knew all these were under God’s sovereignty, despite man’s own plans and calculations. He saw who were evil and punished by God, who were kindhearted and received God’s grace and blessings, and so on. Because of these understandings of God, he developed true faith in God. So when Satan’s temptations came upon him, although he was miserable, he knew all the things he enjoyed had come from God and had not been earned through his own hard work, and that if God wanted to take them back, he shouldn’t complain about or misunderstand God but should obey God. Thus, he made no demands of God, and accepted and obeyed God’s orchestrations and arrangements, giving a resounding testimony to God before Satan and being accepted by God. Another example is Moses. He stayed in the wilderness for forty years. There was nobody there, and his only companions were sheep during the day and stars at night. At last, he survived the forty difficult years by relying on God. Through his experiences, he truly appreciated that everything is orchestrated by the hand of God, and that there is nothing God cannot do. Such understanding of God helped him develop true faith in God. Thus, when God asked him to lead the Israelites out of Egypt, he prostrated before God and accepted His commission without hesitation. He didn’t worry about how to defeat the Egyptian army single-handedly but simply obeyed, because he believed that all things are in God’s hands and are orchestrated by God. In the end, by relying on his true faith in God, he succeeded in leading the Israelites out of Egypt.

Therefore, if we want to develop true faith in God as Job and Moses did, we must practically experience God’s work in our daily life. Especially when some hardships and distressing situations befall us, we should first intentionally obey, and then look to God, pray to God and seek God’s will. When we, through this, achieve true obedience to God, we will surely see His wondrous deeds and develop true faith in Him. At this point, I am reminded of a new sister’s experience. Not long after she accepted God’s new work, an illness befell her. Later, it got worse and worse, and she was even in danger of getting Bell’s palsy. At that time she was very weak and in great pain. However, through praying and reading God’s words, she came to understand that Satan was using the illness to disturb her. That illness was Satan’s temptation and was also God’s test. After understanding God’s intention, she prayed to God, saying that she was willing to give herself to God and was determined to stand witness. After that, amazingly she recovered very quickly. Thus, she not only didn’t leave God because of that illness, but she actually strengthened her resolution of following God even more after seeing God’s marvelous deeds. There’s also a brother. When he first started believing in God, he was very passionate. However, later he was hunted by the CCP because of his faith in God, so he had to leave home and lead the life of vagabonds, of the homeless. That was extremely hard, so he became weak. Afterward, only through reading God’s words did he realize his own impurities in believing in God, and that his faith in God was in order to receive God’s blessings and grace. So, he turned his incorrect views on faith in God around. After that, because he, in harsh environments, relied on God at every moment to fulfill his duty spreading the gospel, so many times he managed to escape from under the CCP’s nose. From this, he personally experienced God’s marvelous protection and also saw God’s almightiness and wisdom. Hence, he had more and more faith in God.

These practical experiences allow us to see that in our real environment, as long as we carefully experience God’s guidance, support, help, or chastening and discipline, we will understand that what God does in us is all His love and salvation for us. Then we will have true understanding of Him, appreciate His almightiness and wisdom, and even more know that His righteous disposition is inviolable by man. When that time comes, we will have a heart of reverence for God and subsequently we will develop true faith in God.

Read more on our Testimonies of Faith page, or click on the related article below: 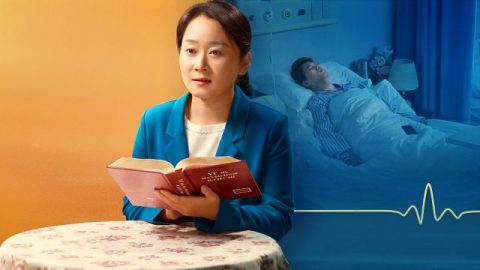 A Testimony of Faith: God Accompanied Me Through Those Dark Days
Read More

Sermons on Faith
Previous The Great Disasters Are Occurring: What Is God’s Will and How Can We Gain God’s Protection?
Next Online Gathering—The Way of Getting Closer to God

By Chengxin Dear Lingyun: Hello! In your letter you asked: “The Lord Jesus has completed the work of redemption, and as long as we pray to the Lord to confess our sins, our sins will be forgiven. But why do I still sin and fail to break away from the bondage of sin?” I want […]

At the mention of “fearing God,” most Christians will think of the story of Job recorded in the Bible. Job feared God and shunned evil, stood witness for God in trials, and so obtained God’s praise and blessings. He lived a valuable and meaningful life, which is enviable. Today, let’s reread the Book of Job […]

All who believe in the Lord know that, in order to redeem us, the Lord Jesus allowed Himself to be crucified for our sake, and then three days later He resurrected and appeared to His disciples. The Lord Jesus had finished the work of redemption, so why did He resurrect and appear to man? What […]

Each and every believer in the Lord wants to be a person after the Lord’s heart, and wants to be an overcomer, one of the 144,000 victorious male-children. Speaking of the overcomers, some brothers and sisters would say: As long as we keep the Lord’s name, labor in work for Him, and stand testimony for […]