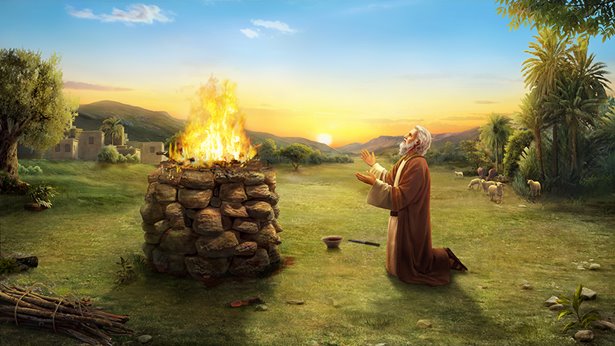 There was a man in the land of Uz, whose name was Job; and that man was perfect and upright, and one that feared God, and eschewed evil. And there were born to him seven sons and three daughters. His substance also was seven thousand sheep, and three thousand camels, and five hundred yoke of oxen, and five hundred she asses, and a very great household; so that this man was the greatest of all the men of the east. And his sons went and feasted in their houses, every one his day; and sent and called for their three sisters to eat and to drink with them. And it was so, when the days of their feasting were gone about, that Job sent and sanctified them, and rose up early in the morning, and offered burnt offerings according to the number of them all: for Job said, It may be that my sons have sinned, and cursed God in their hearts. Thus did Job continually. 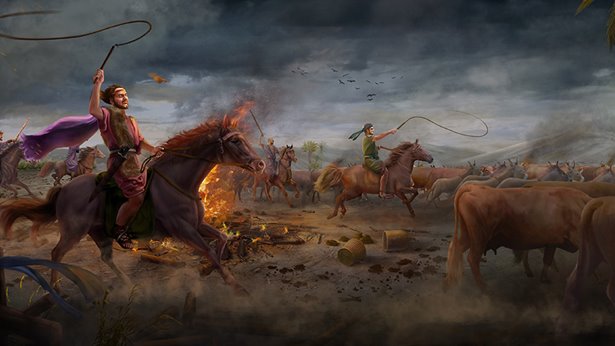 Now there was a day when the sons of God came to present themselves before the LORD, and Satan came also among them. And the LORD said to Satan, From where come you? Then Satan answered the LORD, and said, From going to and fro in the earth, and from walking up and down in it. And the LORD said to Satan, Have you considered my servant Job, that there is none like him in the earth, a perfect and an upright man, one that fears God, and eschews evil? Then Satan answered the LORD, and said, Does Job fear God for nothing? Have not you made an hedge about him, and about his house, and about all that he has on every side? you have blessed the work of his hands, and his substance is increased in the land. But put forth your hand now, and touch all that he has, and he will curse you to your face. And the LORD said to Satan, Behold, all that he has is in your power; only on himself put not forth your hand. So Satan went forth from the presence of the LORD. 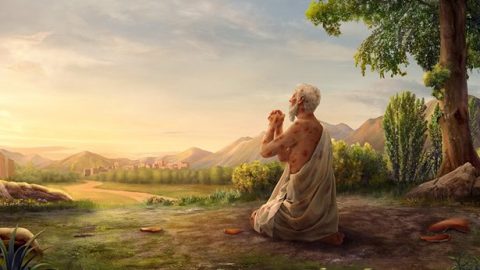 Job 3 – Job Curses the Day of His Birth

Job Laments his Birth (Job 3:1-26) After this opened Job his mouth, and cursed his day. And Job spoke, and said, Let the day perish wherein I was born, and the night in which it was said, There is a man child conceived. Let that day be darkness; let not God regard it from above, neither […]

Jesus Cleanses the Temple (Matthew 21:12-17) And Jesus went into the temple of God, and cast out all them that sold and bought in the temple, and overthrew the tables of the moneychangers, and the seats of them that sold doves, And said to them, It is written, My house shall be called the house of prayer; […]

The Fourth Plague: Flies Exodus 8:20-24 And the LORD said to Moses, Rise up early in the morning, and stand before Pharaoh; see, he comes forth to the water; and say to him, Thus said the LORD, Let my people go, that they may serve me. Else, if you will not let my people go, […]