Home » Gospel Reading » Gospel for Today » The Parable of the Lost Sheep – Reflection on Matthew 18:12

How think you? If a man have an hundred sheep, and one of them be gone astray, does he not leave the ninety and nine, and goes into the mountains, and seeks that which is gone astray? – Matthew 18:12

Why the Lord Jesus expressed His love for us human beings by parable and what the Lord’s will was? I didn’t understand the profound meaning within it until one day I saw the word of God on the gospel website.

God’s word says: “(Mat 18:12-14) How think you? if a man have an hundred sheep, and one of them be gone astray, does he not leave the ninety and nine, and goes into the mountains, and seeks that which is gone astray? And if so be that he find it, truly I say to you, he rejoices more of that sheep, than of the ninety and nine which went not astray. Even so it is not the will of your Father which is in heaven, that one of these little ones should perish.

This is a metaphor—what kind of feeling do people get from this passage? The way this metaphor is expressed utilizes a figure of speech in human language; it’s something within the scope of human knowledge. If God had said something similar in the Age of Law, people would have felt that it wasn’t really consistent with who God was, but when the Son of man delivered this passage in the Age of Grace, it felt comforting, warm, and intimate to people. When God became flesh, when He appeared in the form of a man, He used a very appropriate metaphor to express the voice of His heart in humanity. This voice represented God’s own voice and the work He wanted to do in that age. It also represented an attitude that God had toward people in the Age of Grace. Looking from the perspective of God’s attitude toward people, He compared each person to a sheep. If a sheep is lost, He will do whatever it takes to find it. This represents a principle of God’s work among mankind this time in the flesh. God used this parable to describe His resolve and attitude in that work. This was the advantage of God becoming flesh: He could take advantage of mankind’s knowledge and use human language to speak to people, to express His will. He explained or ‘translated’ to man His profound, divine language that people struggled to understand in human language, in a human way. This helped people understand His will and know what He wanted to do. He could also have conversations with people from the human perspective, using human language, and communicate with people in a way they understood. He could even speak and work using human language and knowledge so that people could feel God’s kindness and closeness, so that they could see His heart.”

From the word of God, I understood that through the parable—“a man seeks the lost sheep,” the Lord Jesus used the feeling that we can understand to describe God’s eager desire to save people, so that we can experience God’s sincere feelings of expecting mankind to be able to return to the proper path after going astray. When a person strays far from God, God’s intention in wanting to find him is the same as the man’s intention in looking for the lost sheep; when this person is recovered and returns to God again, God feels the joy which is like that of the man finding his lost sheep. But the Lord Jesus’ word didn’t mean that He preferred this lost sheep to the ninety and nine that did not go astray, but expressed God’s love and expectation of mankind. God places great importance on us and also hopes us to be able to turn to Him and come before Him to worship Him. So we can understand God’s love for mankind.

» Further reading on The Parables of Jesus page, or in the articles below:

• Learn Secret to God’s Salvation From the Story of Zacchaeus

• Inspiration From the Parable of the Sower in the Bible

» Most people also watch Christian Music Video: “God Is Seeking Your Heart and Your Spirit“ 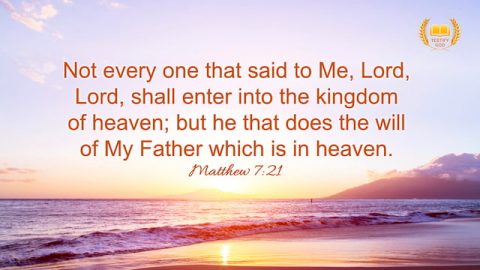 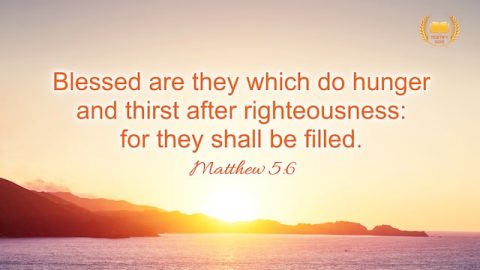 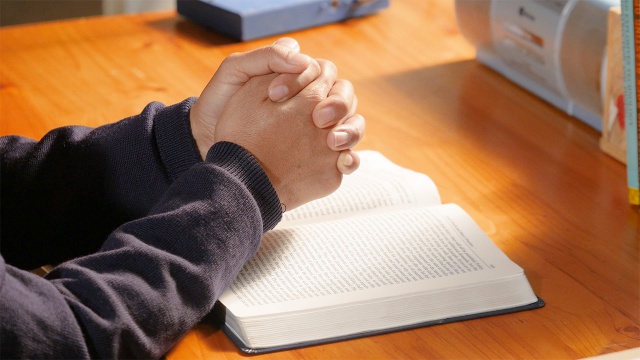 Watch and Pray – Gospel Reflection on Matthew 26:41
Today’s Gospel Watch and pray, that you enter not into temptation: the spirit indeed is willing, but the flesh is weak.– Matthew 26:41 Reflection This…